V-Day: For some, it’s not a love story 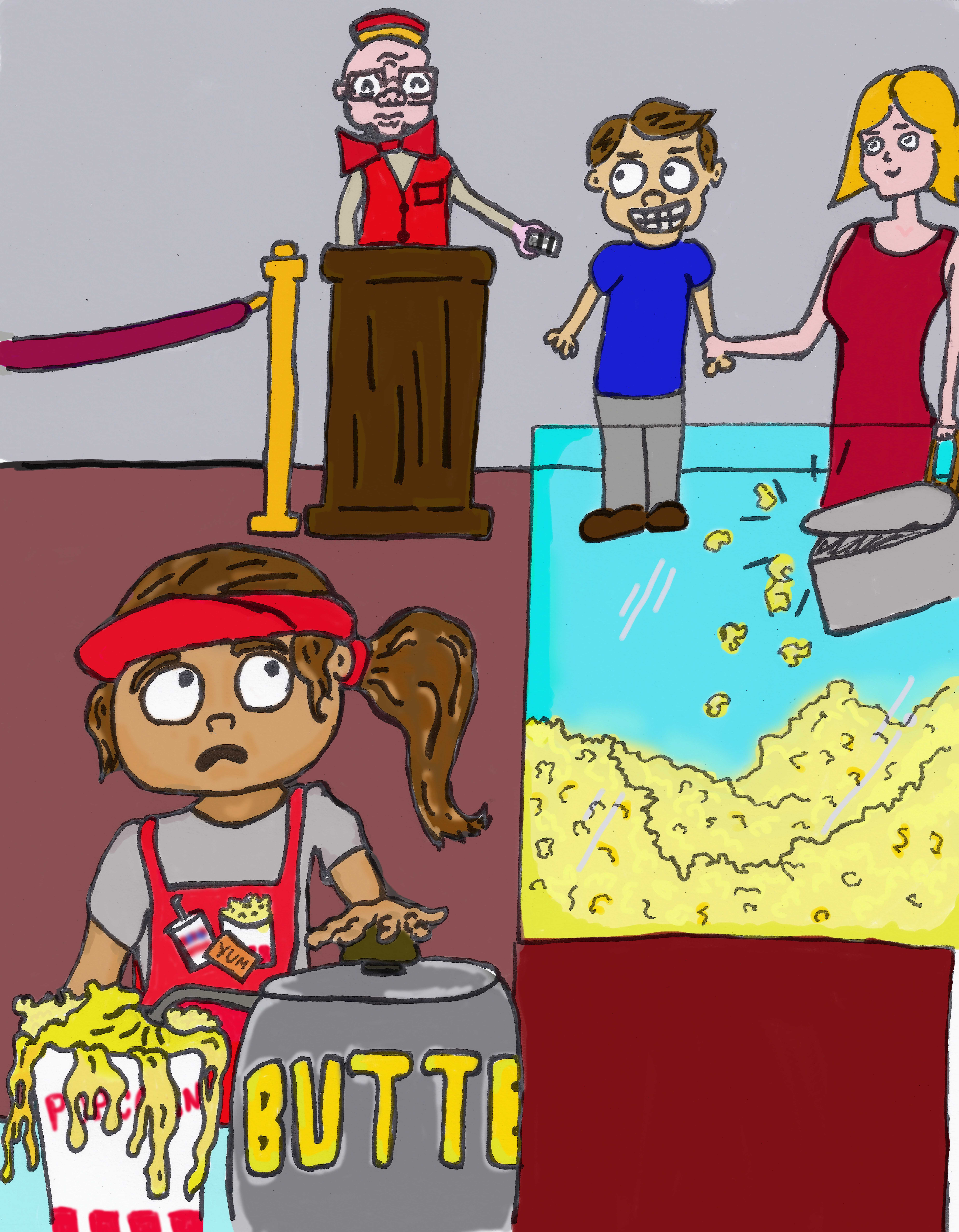 As Valentine’s Day quickly approaches, couples begin planning their special nights filled with expensive dinners, romantic movies, dancing and giving each other those meaningful gifts to express their feelings . For some people, this holiday is for love and romance. A time dedicated to making your significant other feel special and appreciated. For others, this holiday is a time for eye rolling and gagging gestures, as those who are not coupled up are forced to partake in watching the festivities take place.

But fear not single people! Although come February 14 you may be at home watching Netflix with your cat, at least you’re not out on dates with these people!

Alyssa Dominguez found herself with a Valentine’s date that we would all have nightmares about. Dominguez’s boyfriend, at the time, had promised her a romantic Valentine’s date, but at the last minute, ended up canceling on her, telling her that he needed to go to work instead. Not having any plans, Dominguez decided that she would go to work as well, which at the time was at the local movie theater. Assuming that she was not there, Dominguez’s boyfriend came by the movie theater, not to surprise her — but with another girl!

“He showed up with another girl, to the place I worked at,” said Dominguez. “That was the worst Valentine’s Day ever, and probably why I don’t celebrate it anymore.”

John Clement experienced a first date with a woman who spent the entire time mimicking everything that he was doing. From his words, to his hand gestures and facial movements, she was doing it all. Clement was forced to have a friend call him and fake an emergency to get himself quickly removed from the date.

Kristen Carrero met her gentleman on a blind date. The couple agreed to meet in a bar, which quickly became uncomfortable when they realized they were the only two people in the entire place. Her date, who looked nothing like the picture she had seen of him and was a foot shorter than her, proceeded to recite cheesy love poems to her throughout the evening, which he told her that he had written for other girls. After trying to steal a kiss from Carrero at the end of the night and getting painfully denied, he still asked her for a ride home.

“He started saying poems that he had written for other girls,” said Carrero. “It was really awkward because they weren’t good at all. Then he would try to touch me, and then tried to kiss me even after I denied him ten times. It was really awkward.”

Ryen Tron’s first date he ever went on ended in an awkward silence after the pair had spent a lot of time texting with one another previously. Over text, their communication and connection was perfect, but once their date commenced in person, his date was silent. Even when asked direct questions, she would only answer with single words, making no effort to continue on with the conversation.

Angelica Torres was set up on a blind date. After being picked up, he took her to In-N-Out for dinner. If that wasn’t bad enough, he ordered his food first and then made her pay for her own dinner. The two never went out on a date again.

Hope Hill was only 18 years old at the time when her boyfriend, who was 23 years old, asked her to come over and spend Valentine’s Day with him. Upon arriving, she was met by his young daughter, and for the rest of her Valentine’s Day night, she babysat.

“We celebrated Valentine’s Day with a little baby, babysitting,” said Hill. “Which was really crazy because I was a child myself. It was just the most unromantic thing.”

Here are only a few examples of the horrific scenarios that are occurring within the dating pool. So single people, sit back, relax and enjoy your Netflix!