Baseball: CSUN expect more coming back to the mound 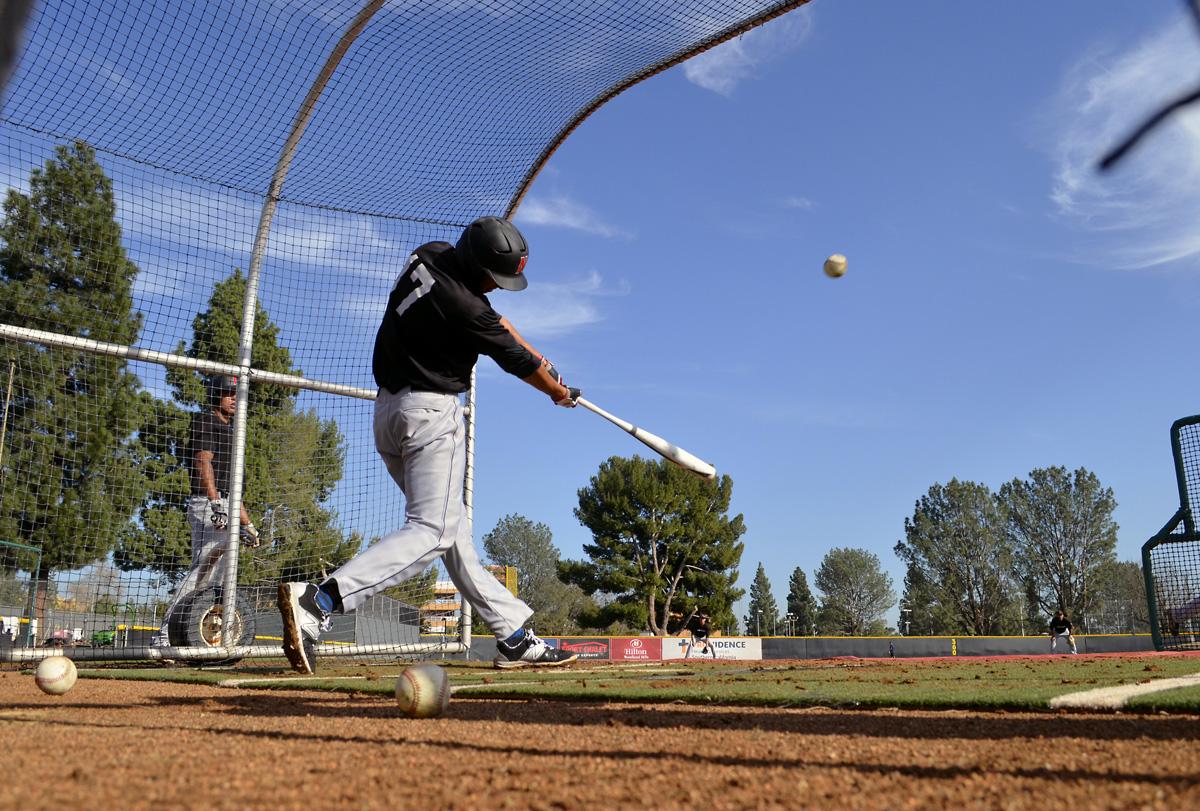 Infield freshmen #17 Michael Tillman, takes his swing as the last week of practice ends before the start of preseason games begin for the Matadors. CSUN will open up play versus Utah Valley University at Matadors field in Northridge, Calif., on Friday Feb. 13, 2015. Raul Martinez / Staff Photographer Photo credit: Raul Martinez

After finishing 18-38 in 2014, the CSUN baseball team has some expectations to fill.

This season, the Matadors are predicted to finish in sixth in the Big West Conference by the Preseason Coaches Poll. With his second season as head baseball coach beginning soon, Greg Moore expects his team to be well prepared.

“I expect this group to work everyday and get better as the season goes on,” said Moore. “As far as projections and all those things, I don’t have many because we have a solid baseball team, and this team will be as good as we prepare and as good as we play.”

The strengths of this team will include experience in the infield, pitching depth and a loaded bullpen.

The team returns with several key players in senior utility player Nick Blaser, who led the team in batting with a .302 average, and senior outfielder Chester Park who led the team with 61 hits, 10 doubles, three triples and 28 RBIs.

“Last year, we had a whole new coaching staff, and going into this year the players know what to expect,” Keel said. The pitcher appeared in 16 games last season and compiled a 3.64 ERA and struck out a team high 72 batters. “The big thing with us is the mental side of the game because are way more talented than we were last year.”

There are a few new players that are expected to make an impact right away for the Matadors. 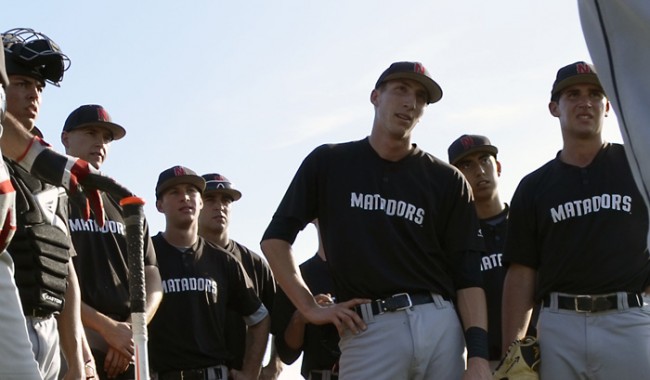 The team’s newly acquired junior Japanese shortstop, Yusuke Akitoshi, who joins the Matadors as a redshirt junior transfer, has been impressive early in the preseason camp, while freshmen center fielder Justin Toerner is projected to be the anchor in the outfield.

Another freshmen catcher, Albie Weiss, has a track record to be proud of as well and will definitely add to the squad. The Oak Park freshman was named the 2014 Ventura County Player of the Year and was named first team player of the year in 2013 by the Ventura County Baseball Coaches Association.

“We see jumps from Akitoshi every week as he continues to learn the game of baseball and the language,” said Moore. “Toerner is a dynamic player who can run well and has the potential to be a five tool player.”

Weiss has impressed the coaching staff this off-season, and they’re expecting big things from him as a hitter, and as one of the leaders in the clubhouse.

“I think we got a really good core group of guys and great support from everybody on the team and the coaching staff,” Weiss said. “There was a lot of one run ball games, and my goal is to help the offense score runs in anyway we can,” 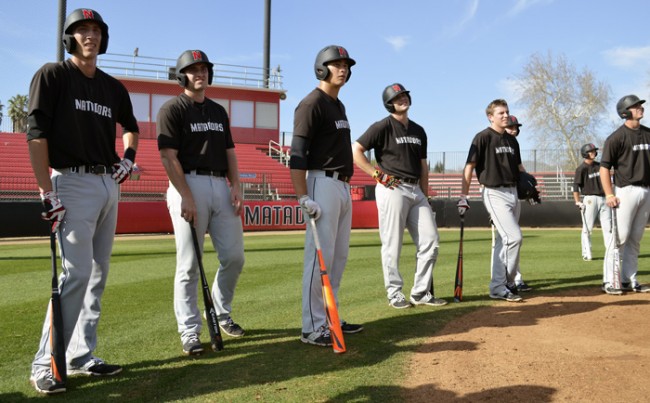 Regardless of the talent Moore has in store, he is still wary of the furious competition in the Big West.

“This conference is one of the best in the country, and there will be no days off competing in the Big West,” said Moore. “The team is very talented this year, but it’s about putting the pieces together and being focused.”

CSUN will open up the season on Feb. 13, 2015 against Utah Valley University, and the 2015 Big West Conference opener will be Friday, March 27 at Matador Field against Cal State Fullerton.