Lincoln and Darwin share more than just their love for mankind 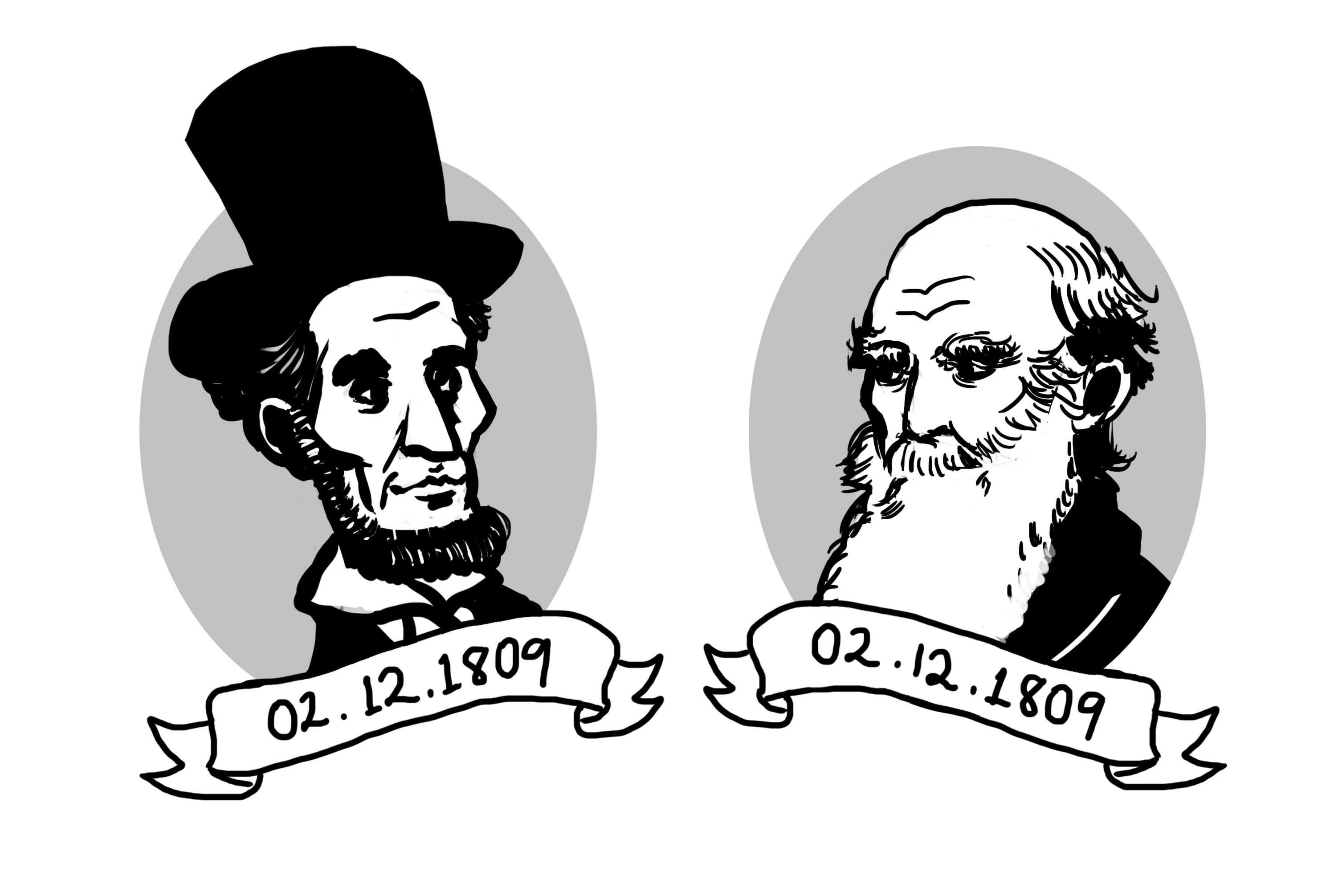 Mankind’s actions on social improvement are a series of perpetual achievements. So many figures have used this quality that only our species holds. This biological advantage will be addressed in relation to one of the men I am to talk about.

February 12,1809 is the birthday of Abraham Lincoln, our most beloved statesman. The nation tore itself apart over the rights of African Americans, enslaved and free. We cannot fathom the ensuing depression he experienced during his first full term, suffering from personal loss and the sanguinary results of dead American brothers, sons, uncles and fathers.

Now, in case you were not aware of scientific history, another great figure was also born on this day in 1809. Across the sea, Charles Darwin came into existence. Both men would revolutionize how people viewed humanity, and what was right and wrong about it.

The elevation of our species, it can be argued, was immensely achieved by Darwin, whose “On the Origin of Species” brought the human species back to being a part of nature. We were no longer held down by dogmatic beliefs to explain our place on this planet, similar to what Galileo did for the sake of our planet’s place in the cosmos.

I do not discount the price Lincoln paid with his life in emancipating 500,000 slaves two years after signing the Emancipation Proclamation of 1863. Lincoln was a champion for human rights in America. Though segregation would pass into the twentieth century, Lincoln set early nonviolent standards on how to fight racial injustice.

And it can be said that the Civil War portrays the violent side of protecting racial equality.

Decades earlier as a congressman, Lincoln begged President James Polk to not declare war with Mexico over territory. He asked Congress to see the Mexican government and its people as equal to those of the United States. He placed the rights of all men before stone age economics and the division of a nation.

Modern legislators from Lincoln’s party could benefit from such words of wisdom.

Darwin’s achievements mirrored Lincoln’s, placing human origins before stone age beliefs, ending the separation of man from nature. For more than a century, his conclusion has been argued against, having been called a “matter of perception.”

The fact of evolution stands by the other deniable scientific examinations of the era: climate change and vaccination. Contemplating the notion that there are people who choose to ignore proofs of scientific research and understanding is a nauseating act. You begin to worry about future generations, including your own.

This worry is a result of our own evolutionary process. Thoughts such as this are a result after understanding the aspects of evolution. So not only did Darwin transcend and reunite humankind with the other organisms on the “Tree of Life,” he helped give us gain greater knowledge on why homo sapiens are the way we are.

Though I see Darwin as the greater emancipator, the decision is your own and will be unique to the individual.

As a humanist, I favor Darwin’s discoveries and impact on biology. As an American, I refuse to ignore Lincoln’s impact on human rights and forging of a “brotherhood of man,” as musician John Lennon sang so many years ago. But Darwin went further than simply saying all humans, regardless of race, were related, as Lincoln eloquently emphasized. Being one with nature, one with cosmos, sounds quite majestic to me.

We may forget the coincidence of Lincoln and Darwin’s shared birthday, but we should never let go of their individual methods of emancipation.

Now, onto the next argument pertaining to these men: those beards…