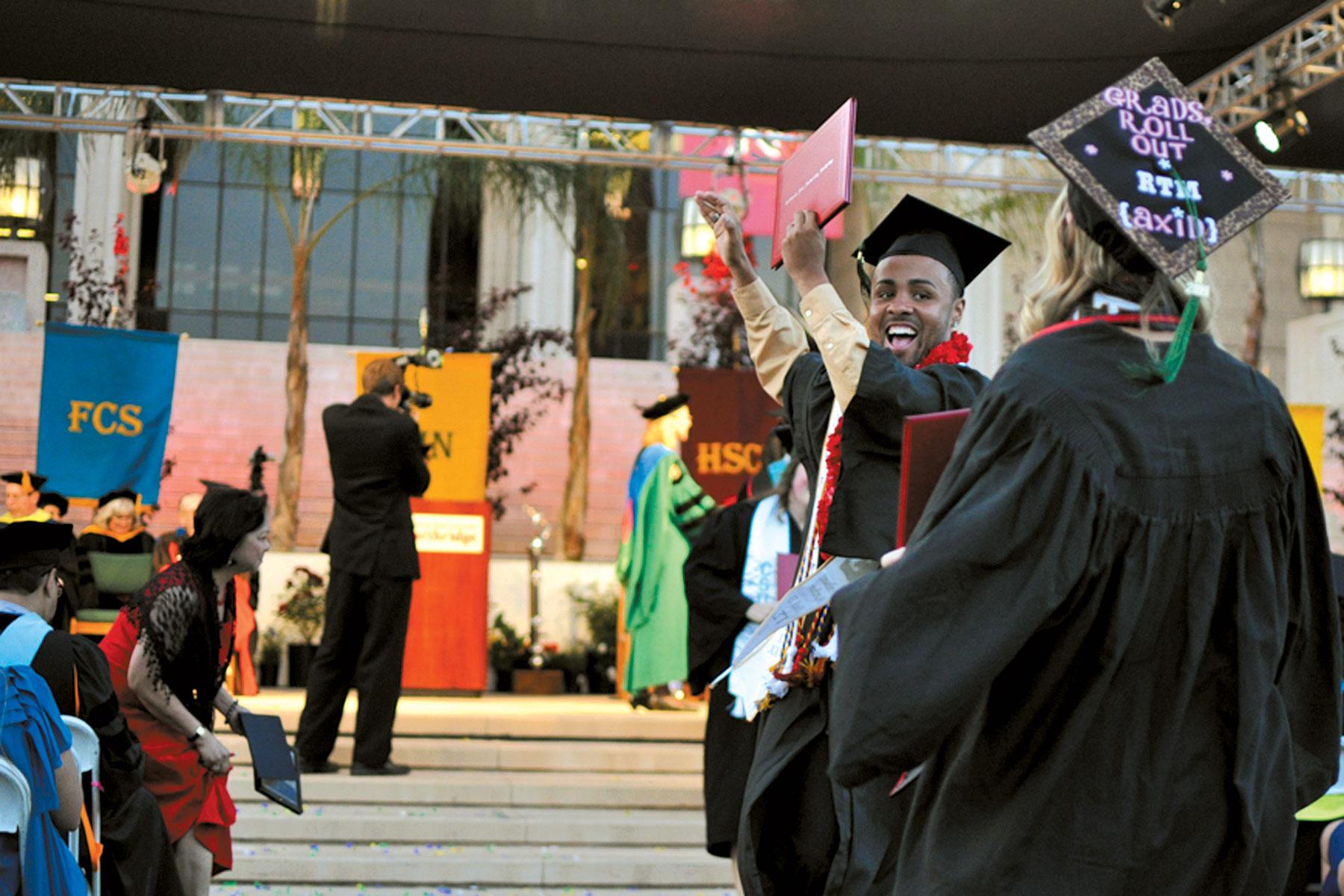 As part of a system-wide graduation initiative, the CSU system aims to graduate more of its students in less than four or six years.

Transfer students, whose four-to-six year graduation rates are lower than average, say they find it even more difficult to graduate in time when they may have not taken the correct classes at their community college.

“When I was taking [classes] in Santa Monica, they said they were going to count, but they didn’t,” said Vladimir.

Vladimir said the process can be even more stressful if students do not have the lower general education or major classes needed for their specific major, which lengthens the student’s time it takes to earn their undergraduate degree.

In order to achieve this goal, the CSU system has recently selected a new Vice Chancellor, Loren Blanchard, who will take office July 1.

Blanchard will leave his current position at the end of the school year as the senior vice president for academic affairs at Xavier University in Louisiana. He has previously served as chair and as an associate professor in Xavier’s division of education, and as coordinator for national accreditation through the National Council for the Accreditation of Teacher Education (NCATE) according to Xavier University’s website.

Some of objectives that the Chancellor’s office has set to graduate in less than four to six years include:

– Reducing the number of units required to earn a bachelors degree

– Expanding high impact practices such as internships and studying abroad

– Increasing the offer of online courses

– Building relationships with community and business partners, community colleges and K-12 school districts to ensure that first-time freshman are prepared for college

“We recognize that many of our students work, and we are enhancing our efforts to provide them with the tools they need to obtain their degree in a timely manner,” said Thara. “We are creating more online and hybrid classes to give them the opportunity they need to complete their courses in a timely manner while still obtaining a quality education.”

Students and advisers have expressed concerns over their ability to graduate in that amount of time given that many CSU students work while they are in school.

Richardson also said that some students may be trying to prepare themselves by taking general education classes that help prep them for their majors to finish faster. Many of them are taking too many classes at once and end up not doing well, affecting their GPA, and in turn affecting whether or not they graduate.

“There’s so many issues coming into to play,” said Richardson, “whether someone’s remedial or not, their own personal academic ability level, what their career plan is, ‘just get me a degree to get out or am I trying to go to medical school?’” “All these things contributed together, it’s no surprise it’s taking people longer than they wanted.”

The new vice chancellor’s task of leading the graduation initiative and improving student success rates is still in discussion, and will be discussed further on February 13 at Chancellor Timothy White’s online press conference.