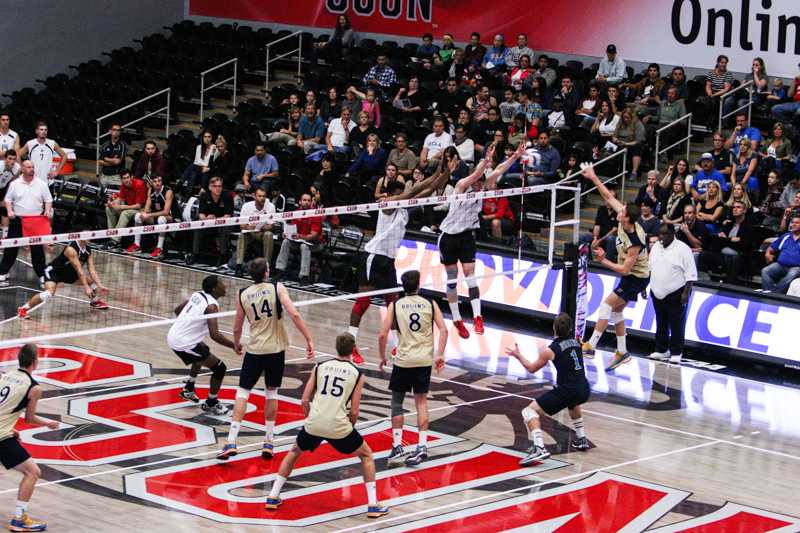 CSUN were ready to shed their previous loss, while the Anteaters were anxious to keep their winning streak.

“I try to come in every game the same no matter who it is, it doesn’t bother me whether they are number fifteen or number one,” said junior outside hitter Sam Holt.

The Matadors and Anteaters were going back and forth in the first set with 15 tie scores and three lead changes.

The Anteaters started the set with a kill before Holt immediately answering back with a kill of his own.

At 15-15, Irvine went on a three point run and forced the Matadors to take a time out. As soon as they returned, senior middle back Greg Faulkner earned a kill, sparking another back to back run, this time in twos.

Irvine answered Faulkner’s kill with a their own kill and then took a point on a CSUN error before the Matadors answered with back to back kills from Holt and sophomore opposite hitter Damoni Lenore. The Matadors took the set 26-24 with an attack error from UC Irvine. The Matadors had 16 kills and hit .355 in the set.

“We did relax a little bit in the second game, we need to always play with that chip on our shoulder; play the hardest we can, give it our all,” said Holt. 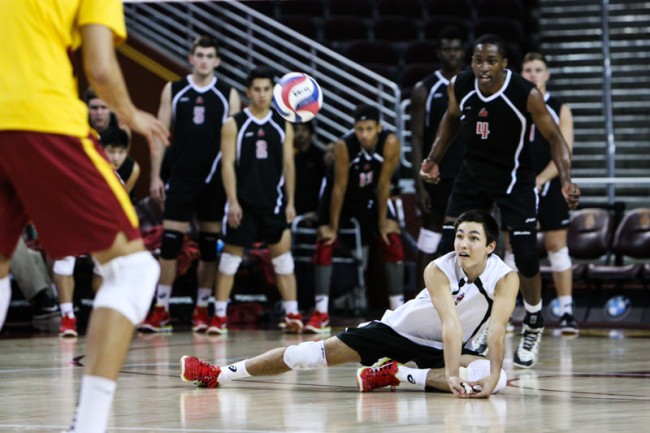 No. 5 UC Irvine proved too much for CSUN, beating the Matadors 3-1.

The second set started off slow with the Matadors falling behind 3-6 and succumbing to a first-point ace. The Anteaters had taken an 11-23 lead when the Matadors began to retaliate with back to back kills by Holt and an ace from O’Gorman. But the fight came too late and CSUN fell 17-25. The Matadors hit .208 and had just 11 kills.

“We definitely looked a little flat out there, energy wasn’t great; talk was a lot better the first game,” said Holt.

The Matadors fell behind early in set three, allowing the Anteaters a five-point lead at 4-9. They were within two several times, but UC Irvine never allowed it to be any more than that. The Matadors had 11 kills and hit .292.

Holt began the fourth set with a kill, followed by a service ace. But their lead did not go much farther then there as questionable calls from the referees sent them into a tail spin. With a .000 hitting percentage, the Matadors recorded just five kills.

“They were serving lights out, I think they had two guys that served like fifty balls and maybe had like two errors,” said Holt.

The Matadors will be back to take on the Long Beach State 49ers Friday, Feb 13 at 7 p.m. in the Matadome.