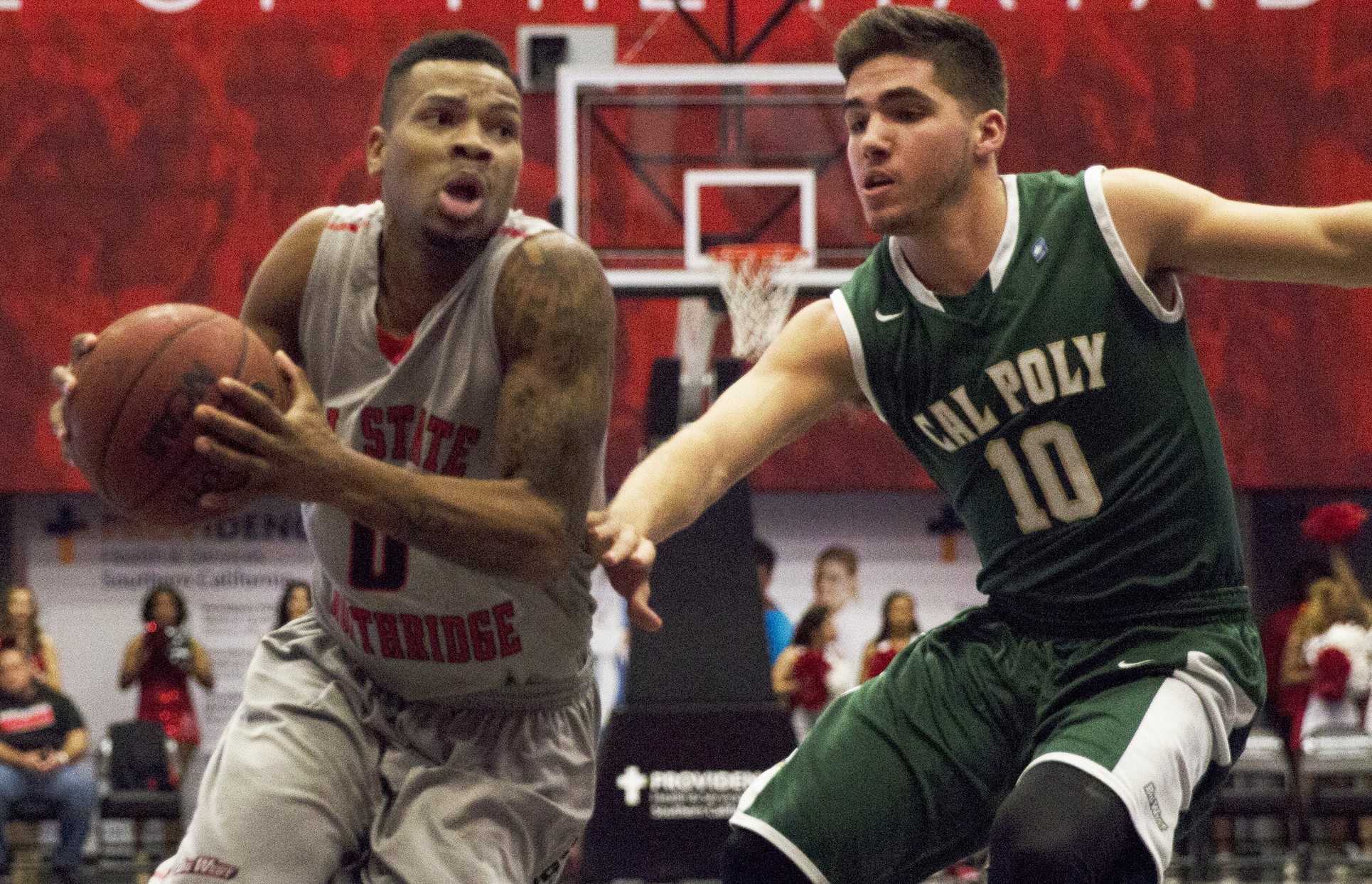 The Mustangs came into the game looking for redemption against a CSUN team that defeated them in the Matadome a little less than four weeks ago. And in the opening moments of the game, the Mustangs looked like a team with vengeance on their mind, as they came out hot, shooting 3-6 from the 3-point line and building a 19-6 lead, less than 10 minutes into the game.

Things would get worse for the Matadors though, as they would watch their deficit swell to 29-10 behind 17 points from Cal Poly sophomore guard, Ridge Shipley.

However, the Matadors would bounce back mildly and close the first half on a 9-4 run, highlighted by an and-1 by senior forward Stephen Maxwell. The Matadors went into the locker room with a glimmer of hope, trailing 19-33.

As the second half began, the Matadors were able to build off of the momentum they ended the first half with.

They cut the lead to single-digits with a 22-12 run. Sophomore guard Aaron Parks played a integral part in the run as he contributed 9 points and an assist during that hot stretch.

But after cutting the score to 44-47, the Matadors could not complete the comeback, as they came up empty handed on two straight possessions because of a missed layup by freshman guard Taelin Webb and a turnover from Parks. As a result, Cal Poly was able to capitalize and score on their end of the floor, stretching the lead to nine with 4:50 remaining in the game.

After falling behind by such a significant margin, the Matadors seemed to panic, as they were not able to score for the next 2:17, while the Mustangs tacked on five more points, extending the lead to 14.

By the time senior forward Stephan Hicks ended the drought with two free throws, the deficit they faced was insurmountable.

Even though the Matadors would regain their scoring form in the last two minutes, having to foul the Mustangs made it difficult for them to put any real pressure on their opponents.

The Matadors will return home on Saturday to face off against the UC Santa Barbara Gauchos, who have won two games in a row.