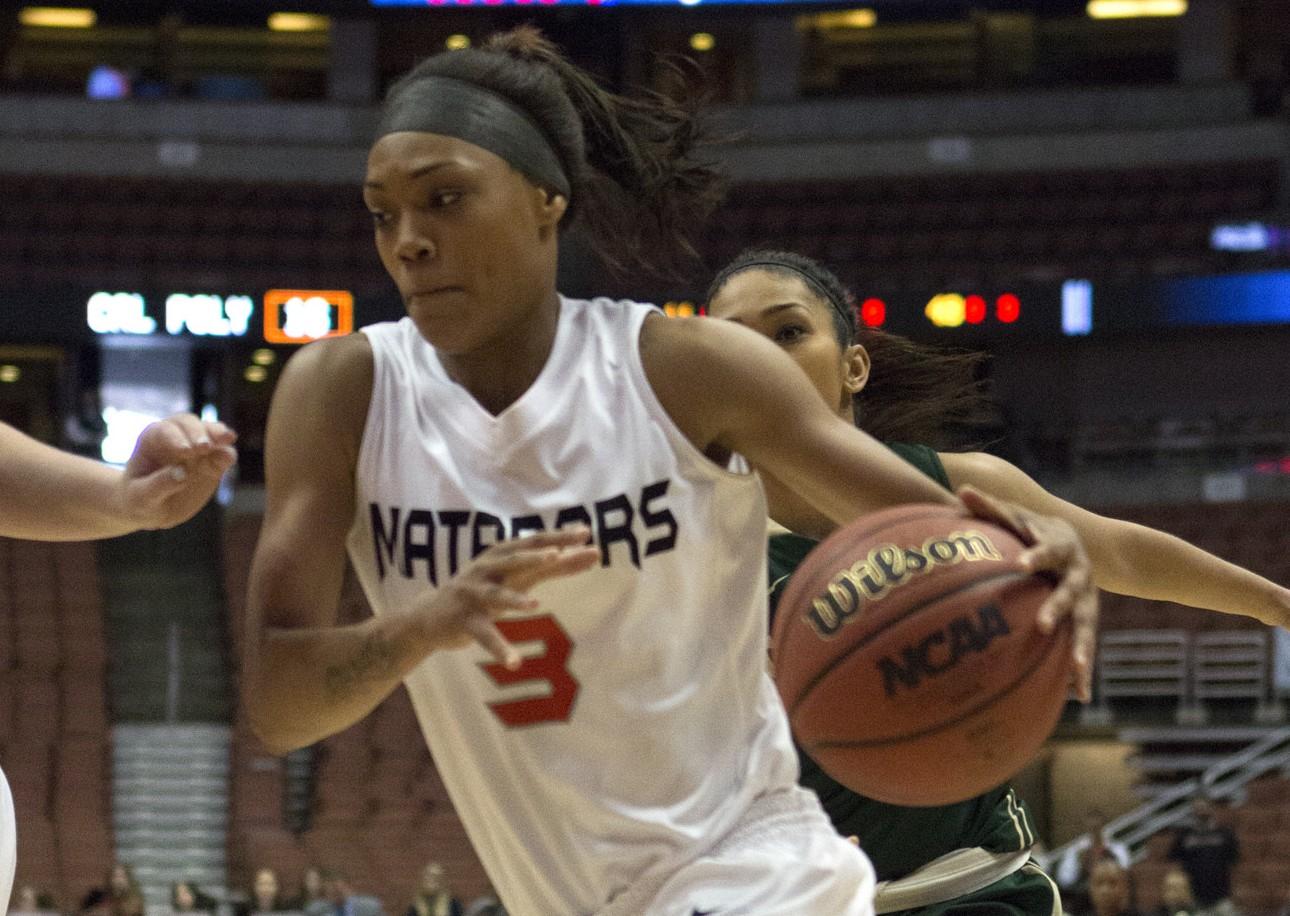 If there is one thing CSUN has learned in the past year when facing the Cal Poly Mustangs, it is that victory can only be achieved by knocking down their post and shutting out their guards.

CSUN kicked the legs out from underneath the Cal Poly Mustangs Saturday night, causing the team to fall to third in the Big West Conference and from their victory over the Matadors in January.

“As of recently I think, everyone across the board, we’ve all just been on the same page,” CSUN Forward Randi Friess said. “The chemistry on the court is getting a lot better.”

Cal Poly didn’t let it go easy. From the tip off they gained the upper hand but CSUN never let what lead the Mustang’s paced, get too far ahead.

Northridge minded Cal Poly’s most deadly players and practiced a consistency that would eventually exhaust the Mustangs and have them trailing by as much as 22 points in the second half.

The adaptive play in defense and offense was a tactic head coach Jason Flowers has long deployed against the Central Coast team.

When they faced Cal Poly for the first time in the 2013-2014 season, they had a 5-11 record for the season, but managed to put them down 81-76. CSUN would flutter against other Big West teams that season, but they never faltered when facing their main rival.

CSUN chased Cal Poly for the 2013-2014 season in Big West ranking and the Mustang’s dominated the conference until the Matadors found their groove and took the lead from them in February.

Securing the regular season victory, CSUN took the top seed in the Big West tournament, having one final showdown with Cal Poly for the championship.

The first half of that game was a sad for the Mustangs. Having shut down the Mustang’s former six-foot-five-inch center, Molly Schlemer, to free throws, Cal Poly had to look elsewhere for points.

Cal Poly’s, now Junior guard Arianna Elegado, came out of nowhere during the second half. The guard laid down one goal from within the arc in the first half, but as clock tightened the sophomore guard shot raw horsepower.

She put down five 3-pointers in the second half, totaling 21 points in last 14 minutes of the game and though CSUN felt the torque, they kept their momentum.

And when Cal Poly’s Elegado gets to shooting there is little that can stop her. CSUN didn’t give her that chance Thursday night at the Matadome.

Cal Poly’s star guard didn’t land a single shot out of her seven attempts for the game. She only played 22 minutes and was benched for most of the second half.

“I think we did a really great job of taking away Elegado tonight,” Friess said. “She was totally out of her element.”

CSUN will face off against the University of California, Santa Barbara Saturday, a game that should allow experience to the Matadors’ bench.

Santa Barbara hasn’t won a single conference game this season, standing 0-9 in the Big West and 0-22 for the season.

Highlights from the game courtesy of Lauren Bennett.