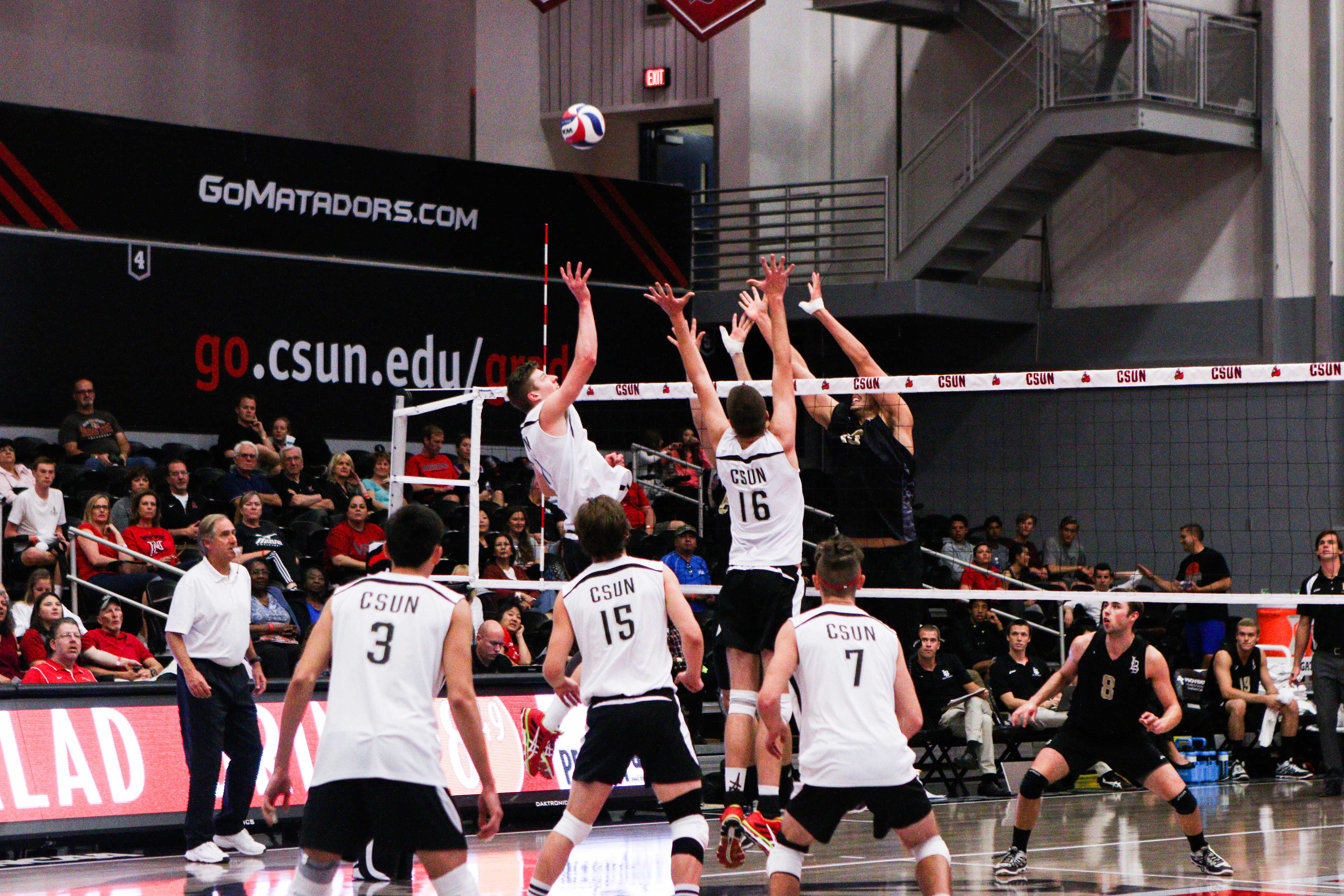 “This was a tale of two matches. The first two games were very close, we could’ve won both those games and then game three was not very close,” said Head Coach Jeff Campbell.

The first set began with a missed serve from senior setter Travis Magorien, giving the 49ers the lead 1-0. That lead was short-lived, however, as the Matadors did not give it up until the score was 17-17. Back-to-back blocks from Long Beach gave them the two point lead over the Matadors for the first time since the beginning of the set. The Matadors remained behind the 49ers until senior middle back Greg Faulkner had back to back kills tying the set at 24. Long Beach called a time out and immediately came back with a kill. The Matadors had 10 kills in the set and hit .167.

“Right off the bat I think we missed a serve almost every game so we just have to focus on the game in the first place,” said junior outside hitter Sam Holt.

Long Beach missed their first serve of set two, but the set panned out exactly the same as the first for the Matadors. CSUN took an early lead, but the two went back and forth and Long Beach took over. Going on two and three point runs, they remained in control and ahead of the Matadors until a kill from Sakaida tied it at 24. The set then became a duel to see who could get their serve over the net as both teams missed a combined four serves in a row. It was a missed serve from CSUN and a kill from Long Beach that won the match. The Matadors hit .257 and had 12 kills. 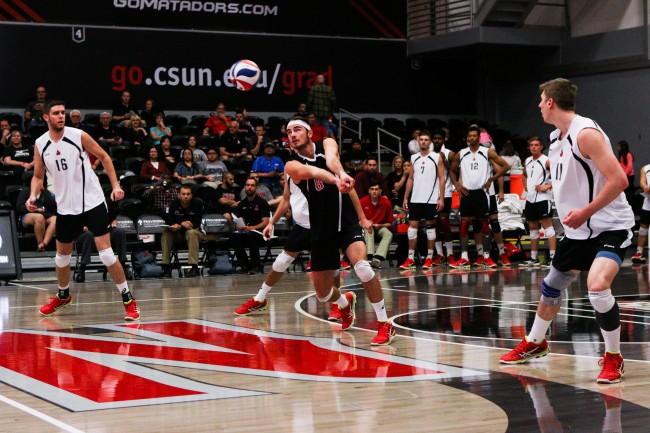 “We had a few moments in the game where we had the lead and we missed serves, but you can’t allow them to go on a run,” Faulkner said.

As in the previous sets, the third set started out with a missed serve. This gave Long Beach an early lead, but it took the Matadors until they were down by five to get on the board. The 49ers dominated the rest of the set, winning 11-25 on a service ace. The Matadors had 7 kills and hit -.043.

“We just had a different lineup change and the chemistry on the court was a little different; especially after those two really tough sets; morale just dropped at that point,” said Faulkner.

The Matadors go back on the road and take on Hawai’i in the Stan Sheriff Center Friday February, 20 at 7 p.m.