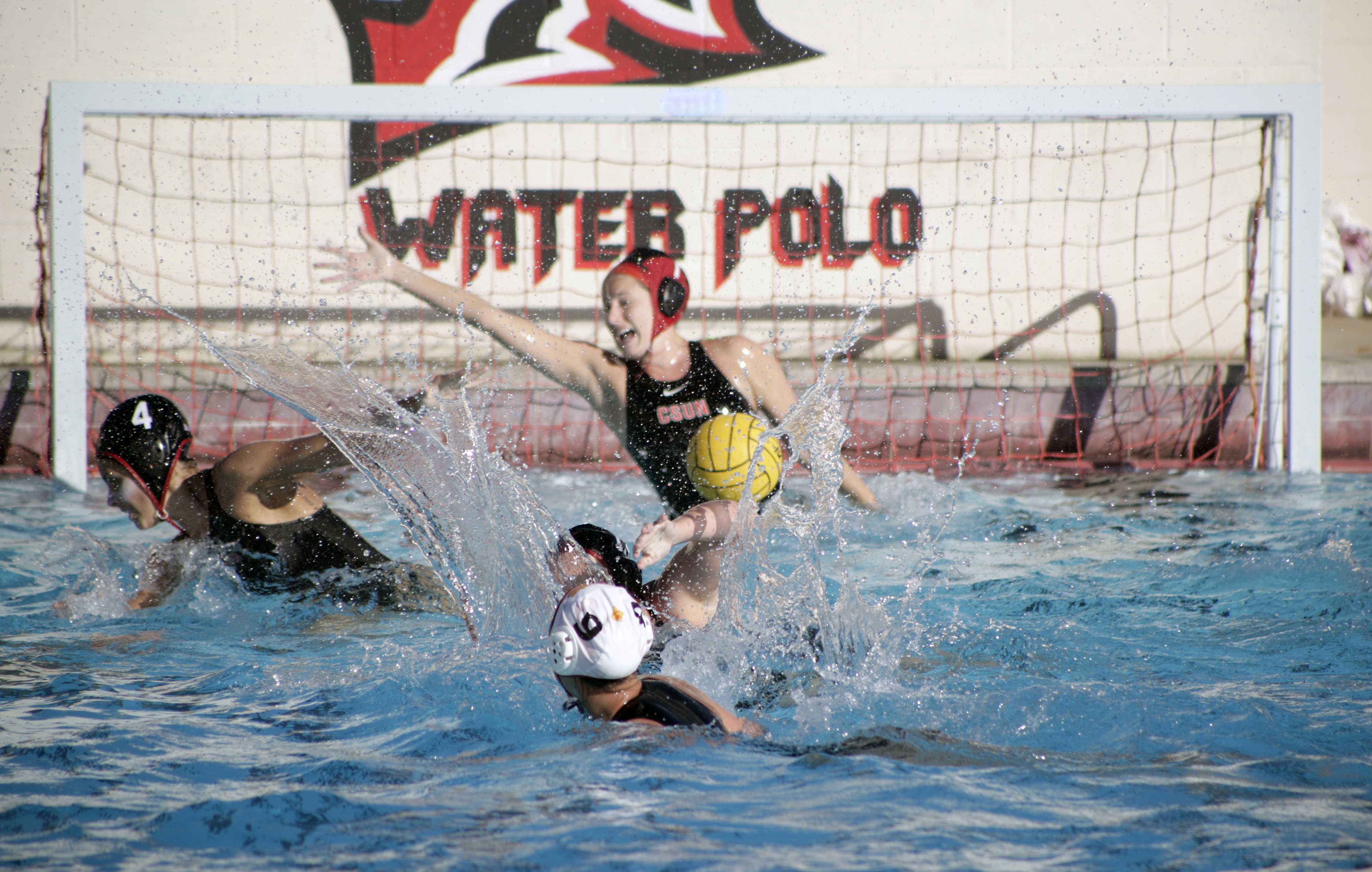 Without prior knowledge of one’s standings or statistics, Friday afternoon’s match between the No. 9 CSUN Matadors and the winless Claremont-Mudd-Scripps Athenas might appear to simply be a meeting of equally matched forces. But the Matadors effectively won the match 15 – 7, an outcome similar to the Matador’s dominant win versus the Athenas last year.

At the first frame’s six minute mark, CSUN’s head coach Marty Matthies sensed the lack of urgency and effort from his squad as the pre – scheduled timeout to discuss new plays turned into a pep talk that could be heard from the other side of the pool.

“I just wanted to set their minds right,” said Matthies bearing a slight grin. “I think they reacted and adjusted just like I thought they would.”

CSUN started off very reserved in the non – conference matchup despite an early score by freshman Shannon Hovanesian within the first two minutes. Hovanesian’s point was the only attempt thrown at the division three competitor’s goal before the timeout.

“The goal of our program is to prepare for each game exactly the same, no matter what the opponents rank or what division they play in,” Matthies said. “It’s hard when you’re playing an opponent that you think you should beat and not overlook them but in order to be a great team we have to have that approach.”

Matthies’ concerns were heard and the Matadors immediately delivered as they jumped out to a 6 -2 lead before CMS put together a scoring stretch to go into halftime trailing 6 – 9.

Just like that short run, the Athenas had a couple of strings of good play; however they couldn’t quite tilt the momentum in their favor. They trailed the entire game.

“The experience of our team is something that we are getting used to, we give up a couple of good spurts and then we settle in and get cohesive and settle down as a team,” said CMS head coach Greg Lonzo. “I think the maturity process is something we are working on right now.” 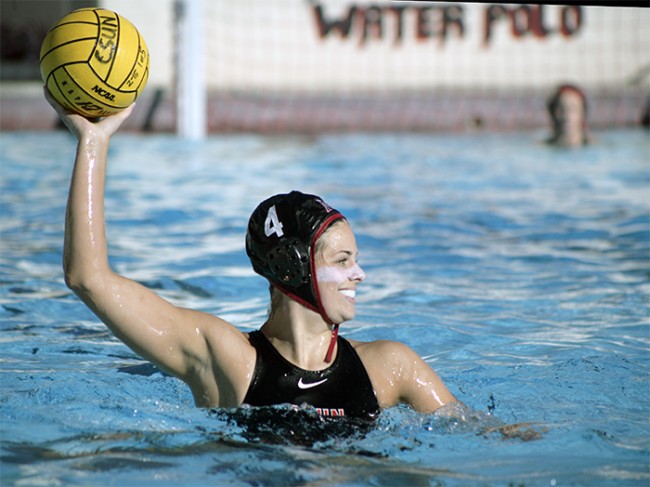 CMS recorded the same amount of goals in last year’s matchup but they limited CSUN to three less goals which, despite the outcome, showed good signs for the young squad.

According to the head coach, there was an improvement from last season’s play that lead to some big defensive stops.

“We did a very good job of controlling the ball this year, last year was a very up and down game. A lot of counterattacks,” said Lonzo. “We did a nice job of running the 35 second possessions. Even when they got great shots we still ran a lot of time off the clock and when you do that, you cut down on the counterattacks and it keeps the game a little more interesting.”

If not interesting, the game was at the least entertaining for the Matador audience as nine different players scored and six of those nine had a pair of goals in the victory.

One of those pairs belonged to freshman center Amy Yule, whose fire power off the bench gives the team something to look forward to in the future according to head coach Matthies.

“Coming in I have a lot to learn like all freshmen,” said Yule. “I am really excited to see what I can bring to the team.”

Yule’s playing experience exceeds that of high school level compared to the other freshman on the team. She played international ball where she was a part of the Spain 2014 U18 Fina silver medalist team.

“I don’t count my goals. I just come out here and play,” said Yule. “Today was just one of my better days, I guess.”