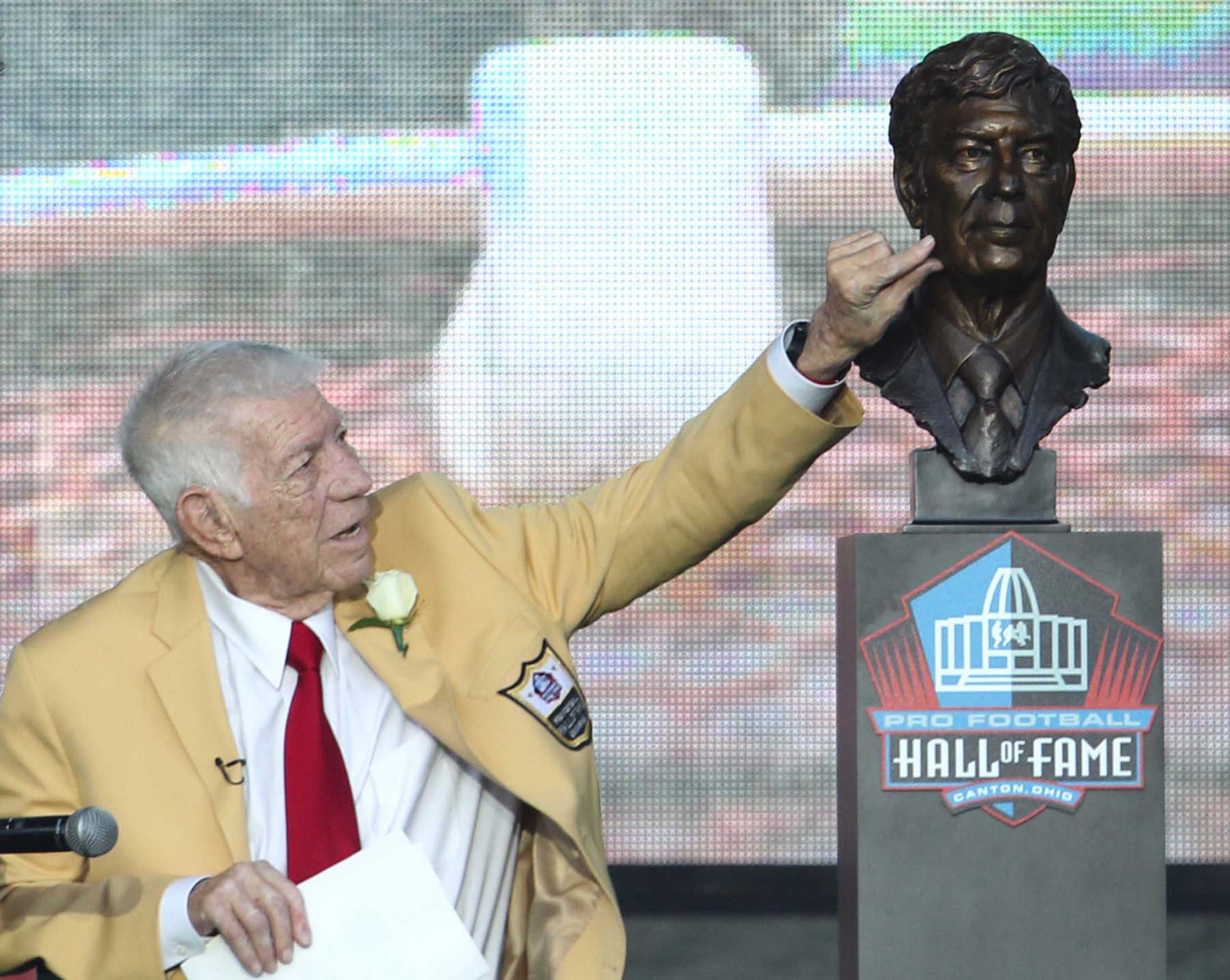 Ed Sabol (September 11, 1916- February 9, 2015) will be remembered by so many for innovating and transforming the way we watch and consume American Football, and sports as a collective whole for that matter.

The NFL Hall of Famer founded Blair Motion pictures in early 1962 and would go on to pursue the filming rights of the 1962 NFL Championship Game. Sabol threw down $12,000 dollars for the rights, and the rest is history.

With son Steve Sabol at his side, come 1964, the evolution of Blair Motion Pictures into NFL Films was set, and the Sabol’s looked to change the sports filming game forever.

Taking the gritty and tough game of tackle football, Sabol was able to integrate “Hollywood” like slow motion, accompanied with orchestra symphony and poetry from the mesmerizing and daring voice of John Facenda, making NFL Films not only enjoyable to viewers, but a true treasure.

With these filming tactics and continued innovation, Sabol raised the image of the National Football League to unimaginable heights, eventually becoming Americas most popular sport.

Call him the Picasso of sports film making or the Spielberg of orchestrating the perfect shot of a spiraling football, but even those comparisons wont do justice to how ‘outside the box’ Sabol truly was for his time.

From inventing the ‘blooper’ highlight, adding quality music and filming locker room speeches, the chances are, when you’re watching something sports related on television, Ed Sabol has had his fingerprints all over it.