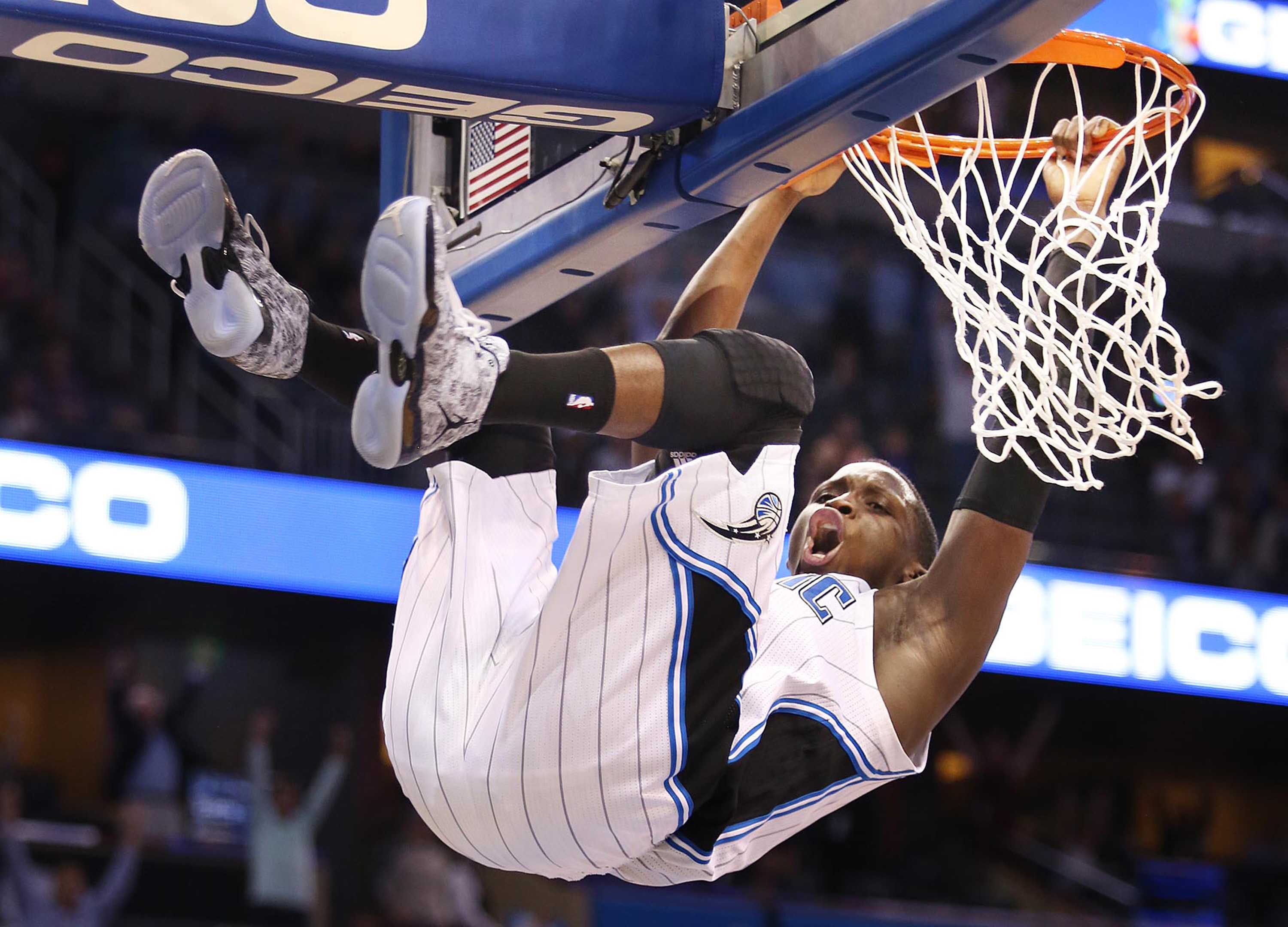 In the most recent years, the Dunk Contest has left fans disappointed but this year’s newest cast of young high flyers has given the event some hope for the future despite its lack of all – star caliber participants.

At 19 years-old, Minnesota Timberwolves Zach LaVine became the second youngest player in NBA history to win the Slam Dunk Contest only trailing behind an 18 year-old Kobe Bryant who won the title back in ’97.

LaVine was the single rookie among second-year athletes and awed the crowd with his array of under the leg dunks that resulted in a first round perfect score. Whether the ball was handed to him or banged off the side of the backboard post, LaVine connected on the first attempt of all but one of his dunks which added to the suspense.

The gimmicks were in full effect as the participants were allowed to make extravagant entrances onto the main floor right before their opening dunks to hype up the crowd.

Orlando Magic shooting guard Victor Oladipo didn’t disappoint as he serenaded the audience with his ode to Frank Sinatra by singing ‘New York, New York’ in a tuxedo styled shirt and a fedora during his walk to center court.

The evening’s affairs were filled with surprise victories and reigning champs.

Chris Bosh’s leap onto Dominque Wilken’s back after Wilkens sank a half – court shot with 57 seconds on the clock in the final round solidified the excitement for Team Bosh’s 3peat in the Degree Shooting Stars challenge.

Swin Cash completed the three man team who bested their opponent by 33 seconds.

Not even the Curry father/ son duo of retired NBA player Dell and current Golden State Warrior guard Stephen could stop Team Bosh’s stride as they exited after the first round.

Curry beat out Kyrie Irving and teammate Klay Thompson with a competition best of 27 points. The highest possible score for the event was increased to 34 due to the addition of the 10 point all money ball rack.

This year’s All – Star festivities included several improvements to increase the competitive intensity among the players. The Taco Bell Skills Challenge required players to simultaneously compete in the pass/ shoot obstacle course compared to previous years in which a single player ran the route one at a time.

Overlooked Houston Rocket’s guard Patrick Beverly, who replaced an injured John Wall at the last minute, was awarded the 2015 trophy after beating out the likes of Isiah Thomas, Brandon Knight and Jeff Teague in an upset.

Every year the weekend is kicked off with a basketball game equipped with athletes from every talent level, this past Friday was no different.

Voted in by the fans, funny man Kevin Hart’s on the court antics have made him a perennial winner in the Celebrity All – Star Game for the fourth consecutive year.

Though last year Hart passed his hardware on to the Secretary of Education Arne Davis after only scoring seven points, Hart redeemed himself in a 15 point effort.

Davis didn’t return this year but Hart was accompanied by a host of other stars including rapper Common, WNBA point guard Skylar Diggins and actor Chadwick Boseman.

To make the Brooklyn star studded event official, it was only right that New York fanatic Spike Lee exercised his assistant coaching skills to lead the West team to a 59 – 51 victory over the East.

The main stage is set for Sunday’s All – Star Game between the East and the West to culminate the weekend in New York City where the East will try for back – to – back victories after losing four of the last six meetings.