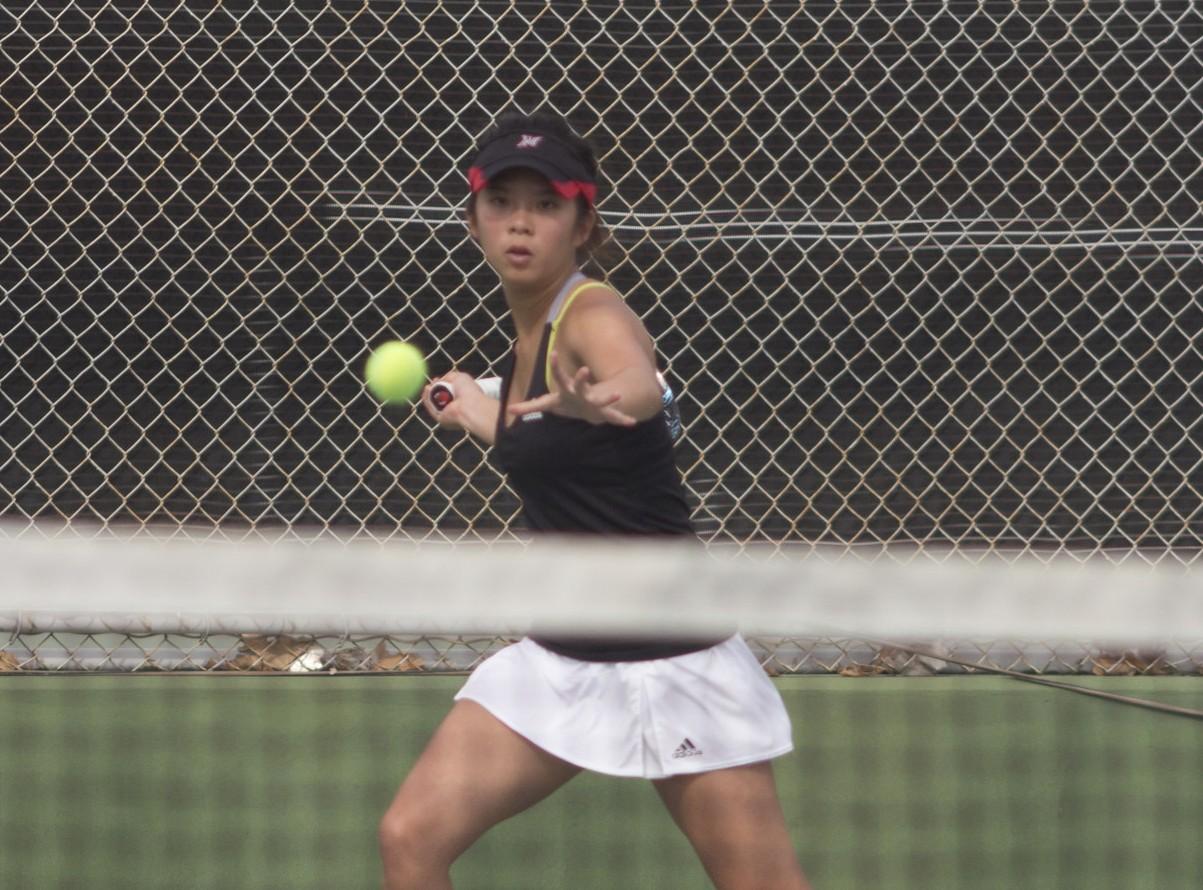 The Matadors showed their dominance on the tennis court as the top doubles team of sophomore Vivian Lin and freshman Kiryang Kim were losing 1-3 before coming back and winning 8-4. Senior Criss Rodriguez and junior Jessica Warren won 8-3 while sophomore Mickey Hsu and sophomore Kristen Poei won 8-1 in the second draw.

Moving on to the singles matches, Lin lost only four games in a single-set victory. Rodriguez also lost just four games in a straight-set decision in the third singles match. UCR’s Courtney Pattugalan defeated Hsu by a score of 7-5 in the first set but Hsu fought back in the second set and won 6-0.

The Matadors played like a confident team expecting to win their second match of the season. Warren and Poei did not lose a game in the pivotal second set. Kim, Warren, and Poei were victorious in straight sets in the fourth-six draw.

Up next for the CSUN women’s tennis team is a match-up against the UC Davis Aggies Sunday at the Matador Tennis Complex. The Big West Conference match will start with first serve at 1 p.m.