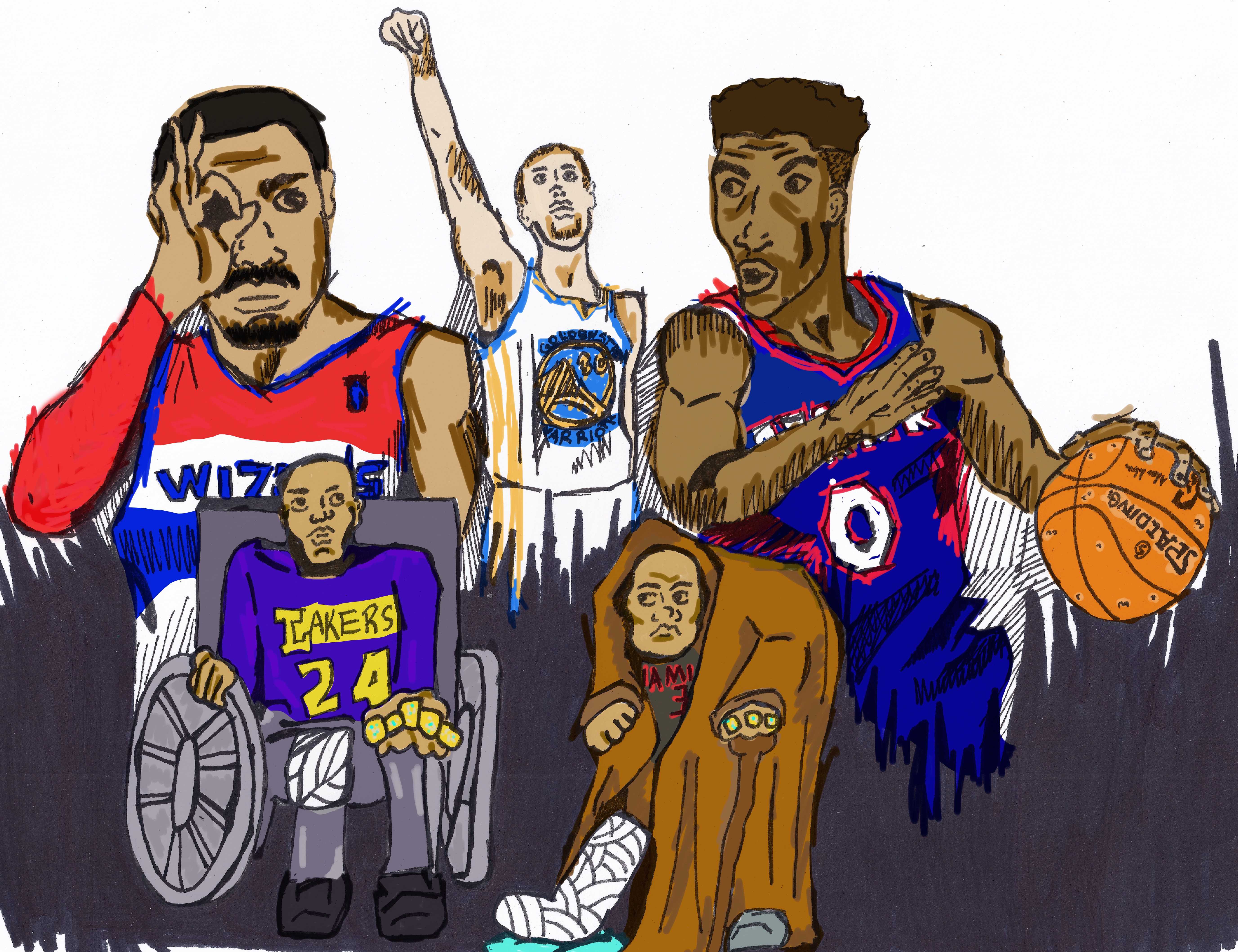 The question of the basketball season; Who will win All-Star game MVP?

Alright. Lets be honest. The All-Star game MVP hasn’t been the topic of discussion leading up to this weekend’s East vs West showdown in Brooklyn, but what really has?

Other than an extremely deep three-point contest class, I’m not sure what else there is to discuss All-Star weekend related. What really excites basketball fans about a weekend of events we’ve seen watered down and altered significantly, in which can only be summed up by the farce of an event that was last years dunk contest.

For about five seasons now All-Star weekend has been more of a annual holiday for Kevin Hart getting juked and bruised superstars getting rest, than a display of basketball excellence.

The greatest moments and best of All-Star Weekend that include the Dunk contest, three-point shoot out and the game itself, might all be behind us. But lets not sulk.

Here’s why players have the best chance of winning a trophy for making the most uncontested shots, in a glamorized shoot-around, advertised as an NBA game.

With injuries taking out Kobe Bryant, Dwyane Wade, Blake Griffin, and Anthony Davis, we should see “sophomore” All-Stars John Wall and Steph Curry light up the Barclays Center. Rookie All-Star Jeff Teague should get some extra play by his head coach as well, placing himself in MVP consideration.

If the Washington Wizards point guard can bounce some dimes and drive the lane efficiently, we could see him dougie his way into All-star Game MVP territory.

For Wall, growing pains might have been evident through team failures in his young career and injuries in early 2013, but All-Star caliber seasons last year and this year have proven him to be one of the most athletic and decisive decision makers in the game today.

Look for Wall to be a “ball magnet,” facilitating and setting up teammates, while also dominating the ball and driving the lane.

Can the MVP of the regular season please stand up?

Some might argue that the accolade for most valuable player of the 2014-2015 season belongs to Ant Davis, possibly James Harden or maybe even a familiar LeBron James, but at this point in the season its difficult to discredit what Curry and the Warriors have accomplished.

Curry has taken on his Splash Bros persona with fellow bro Klay Thompson, drenching the court each night with watery goodness. Sorry about the wetness of that last sentence.

Curry, with a smooth “launch it from this spot because I feel like it” approach, leaves basketball fans both mesmerized and perplexed. On one hand you admire such shooting skill, and on the other its almost stupid how easy Curry makes the impossible look simply possible.

We should see Curry drop a few dimes, and no doubt light up the three-point arc, putting himself in position for All-Star game MVP honors.

I know, you think I must of had a typo, you’re saying “how could Jeff Teague make this list, wait, actually, who is Jeff Teague?”

Jeff Teague is the point guard for the well tuned machine the Atlanta Hawks have become. Yeah, that Atlanta Hawks, the franchise you’d assumed was bound for relocation or demolition within the next 5 years is suddenly on the stepping stone of San Antonio influenced greatness.

The Hawks are on the rise, and they deserve credit for a truly remarkable opening to the season. Teague has been the primary component in making this season as unpredictable and successful as it has been for the Hawks.

Atlanta head coach Mike Budenholzer said of Teague, “He knows how important he is to us… Some nights its finding teammates, others its scoring. He is doing a lot of little things that go unnoticed.”

Teague is going to have trouble battling for playing time, being a rookie all-star, but with his head coach making the substitutions for the East, we might see Teague out shine and out play east stars looking for rest.