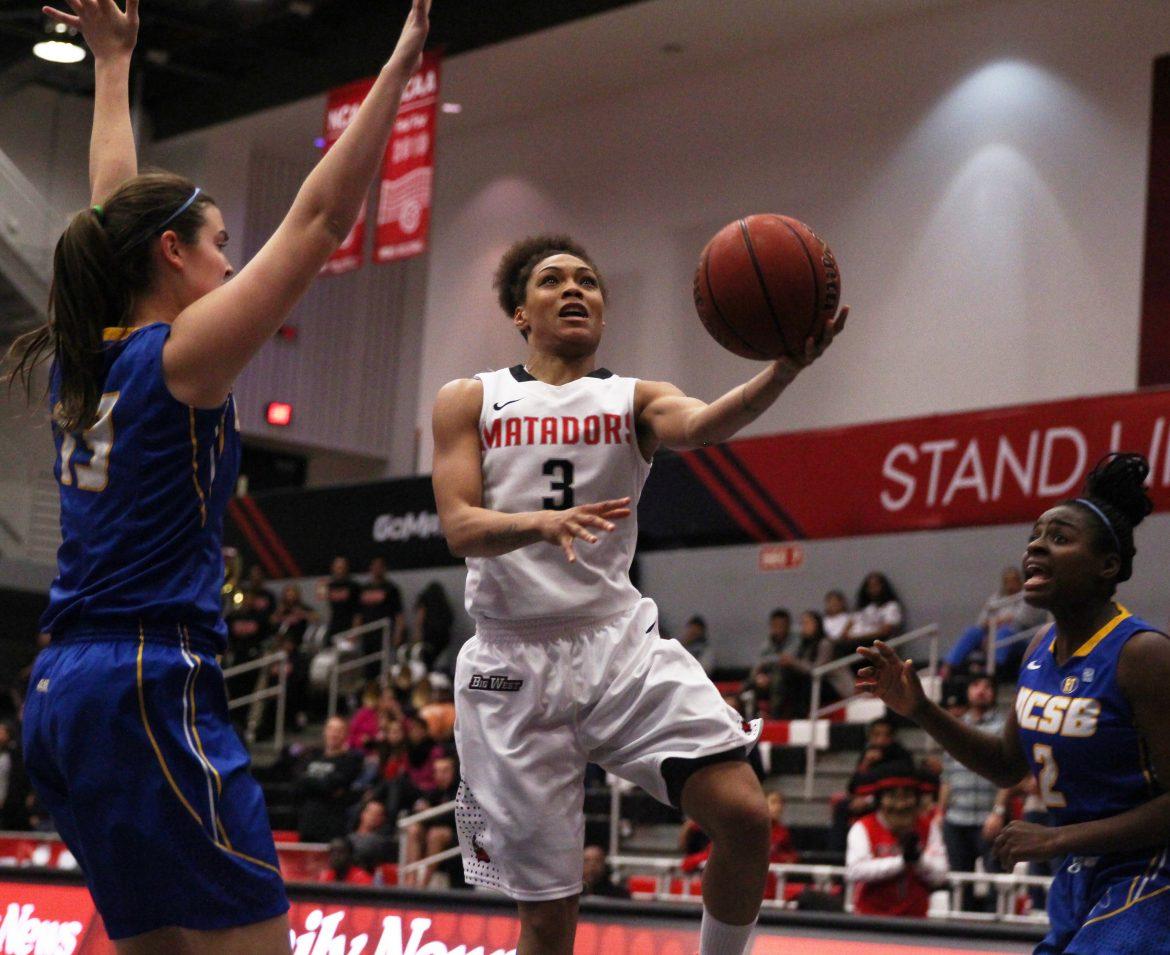 When a team is 0-23 for the season, it’s hard to tell if another loss comes as a heartbreak.

The University of Santa Barbara’s defeat to CSUN 60-21 Valentines Day, was just another normal game to a so far winless year.

CSUN gave no hearts to Santa Barbara Saturday night and put them down 60-21 in a wire-to-wire victory that had the Gauachos with less than 9 field goals for the game.

Where exactly the Gauchos went wrong, is hard to pinpoint. To start, Santa Barbara shot a little more than 20 percent for the game, landing only a small fraction of their attempted 51 shots.

Santa Barbara also gave over 28 turnovers and eight steals to CSUN. The Matadors didn’t fall too far behind those numbers, but they definitelyy put the ball in the basket a lot more.

The Matadors didn’t shoot exceptionally better from the field (31.3 percent) but they did land nearly all their free throws.

In fact, out of the 17 free throws handed to CSUN, they landed 16, and most of every player that took one, landed it.

They gave ample time to freshman and the bench, only playing their starters for only one half.

Promising freshman, Tessa Boagni returned from being benched against Cal Poly and put down the game-point high.

CSUN had fun against Santa Barbara, keeping up their three-game winning streak and coming out 17-9 for the season and 7-5 in the Big West Conference.

The Matadors will face off against the second to last team in the Big West, the University of California, Irvine Feb. 21, having previously defeating the Anteaters 72-63 in January.