The Growlers Bring Their Theatrics to Hollywood for Valentine’s Day 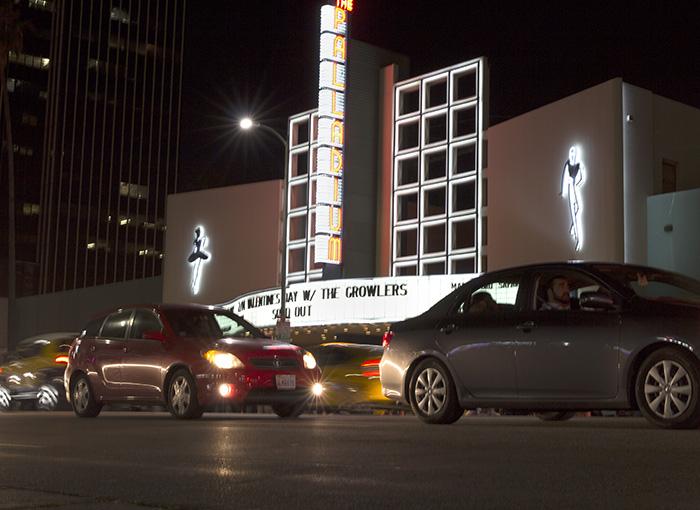 Orange County natives The Growlers brought their theatrical antics to the Hollywood Palladium for a special Valentine’s Day performance this weekend. They played a solid 2 hour set, never stopping for a break.

Not to be cliché, but love was truly in the air at the Palladium as soon as the doors opened at 8:00PM. The Growlers employed several Hollywood “legends” like Lucille Ball, Charlie Chaplin, and Dorothy and Toto to hand out stickers that said “claimed” or “single.” Of course, they were only actors dressed up, but it gave a truly classic vibe to Valentine’s Day that you can’t find anywhere else. What else would you expect from The Growlers?

Before the band came onto play, a truly old school DJ played vinyl that sounded like it was from the 1920s. The crowd kept cheering for him, and suddenly it was time for The Growlers to take the stage at 9:30PM.

The band kicked things off right away with non stop hits from nearly every one of their records, starting with “Big Toe” from their most recent release, “Chinese Fountain.” Lead singer Brooks Nielsen and the band swapped their usual ’70s garb for a rather dressed up look for the evening, collared shirts, ties, you name it. Bassist Anthony Perry even slicked back his long hair into a hilarious pony tail.

The performance was just as excellent as the surrounding theatrics. The stage had two giant hearts set up on either side, with balloons rigged on the ceiling for a fall at any moment.

The two hour set the band played everything from crowd favorites like “Graveyard’s Full” to “Tell It How It Is.” Nielsen even sang two songs with Shannon Shaw from another famed Los Angeles group, Shannon and the Clams.

Towards the end of the set, The Growlers started playing newer material from “Chinese Fountain,” with a huge balloon drop during the disco infused title track. It was quite a site. Nielsen went on to croon “Dull Boy” and “Good Advice,” two more hits from the album.

The band headed off the stage and returned in record time for an encore, which included the Valentine’s Day appropriate “One Million Lovers” and “Someday.” If one thing is true, The Growlers know how to put on a massive show with incredible renditions of their records and stage presence to match. Here’s to hoping they play another favorite holiday again soon.