In Cops We Trust 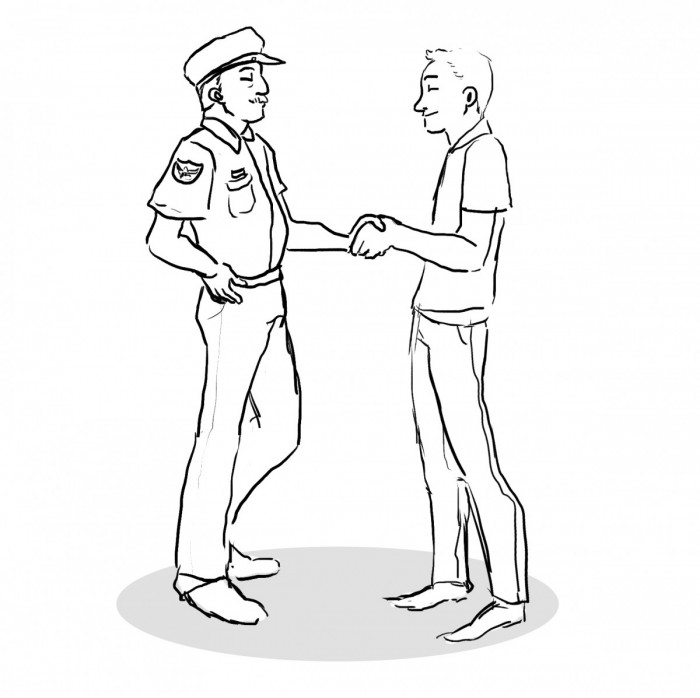 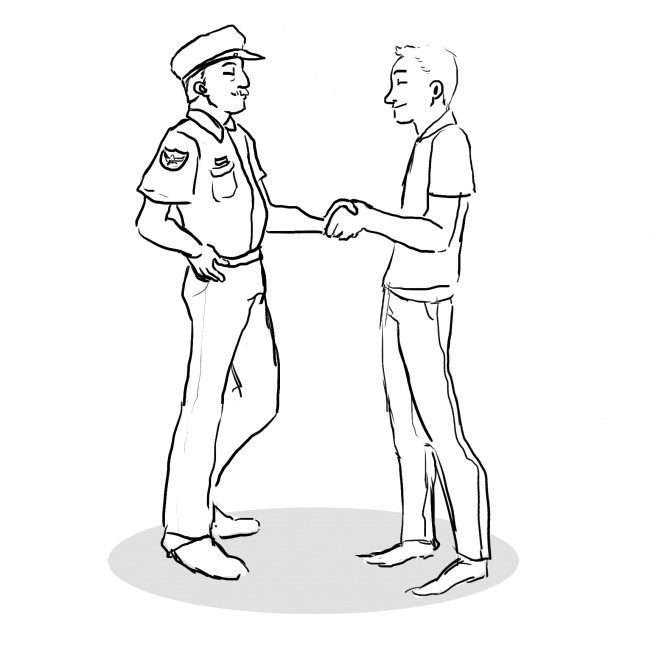 The Ferguson incident stirred much debate around the nation and at CSUN. Some believed that Michael Brown was pestering Darren Wilson, while others thought Wilson was doing his job. No matter what we choose to believe, no one will fully understand what happened that day because we simply weren’t there.

Through all the chaos, some students believe police officers cannot be trusted. However, we shouldn’t let a few incidents generalize all cops. In fact, there are police officers who are trustworthy. Police officers help us feel safe and enforce the law.

We watch movies where a human being with supernatural powers comes to the rescue every time there is chaos. Superheroes like Superman and Batman, who are always there to battle between good and evil. Some of us wish we had heroes like that.

Fortunately for us, we do have heroes. Sure they might not be wearing skintight costumes with a mask to cover up their identity, but they do exist. These are ordinary people like you and me who go out and try to do what is right. There are no costumes involved, and no masks to hide their faces because they fight crime head on.

We should respect the men and women who risk their lives for us every day. They leave their families on a daily basis, with the intention of coming back home. Unfortunately, some do not make it back home because they sacrificed their lives for the common good of everyone else.

More often than not, we hear stories on the news about the injustices done by police officers. We rarely hear of the good things they do, or the number of police officers who die each year. In 2013, 102 police officers lost their lives on the line of duty, according to statistics compiled by the National Law Enforcement Memorial Fund.

My uncle risks his life every time he puts on his uniform. Our family is proud of his accomplishments, but we often worry about his safety. There have been incidents where he has come close to death by merely doing his job. Some people don’t realize how one career path can be so dangerous.

Whether or not we agree with the way some police officers handle business, we are always going to need them. About 240 million calls are made to the police each year, according to the National Emergency Number Association. When most of us are scared or distressed about a situation, our first instinct is to normally call the cops.

Seeing a police officer can sometimes be intimidating, but it also offers a sense of relief. Human beings are not invincible, and sometimes we just need someone with authority and power to help us feel protected. Even when nothing is wrong and I see a police officer, I feel a little bit safer by their presence. It’s as if nothing can hurt me and I know that I am going to be alright.

CSUN students should not be afraid of police officers. Whether students are dealing with the LAPD or campus police, they should feel safe knowing that someone will be there if anything were to go wrong. In fact, the campus police department does the best that it can to ensure the safety of students. Last year, the CSUN police took care of 18,455 incidents that occurred on campus.

Not only are police officers here to help us feel safe, but they also help enforce the laws. Many of us may consider ourselves to be law-abiding citizens, but the truth is we all break the rules once in a while. Breaking the law can consist of littering, texting while driving and even jaywalking. Whatever the case may be, police officers have a code that they must follow to ensure that all rules are being upheld.

These might all seem like simple rules that everyone should know, yet we still continue break them. Athough the intent of some police officers may be to make our lives a little more difficult, there are those who sincerely care about our lives.

If cops weren’t around to make sure that simple guidelines were followed, our society wouldn’t do so well. We need structure in our lives. Without structure, most of us would do what we want, when we want, without any regard for ourselves or others. Police officers are not here to make our lives a living hell, but they are here for the well-being of all.