Clash of opinions: don’t judge a TV show by its cover 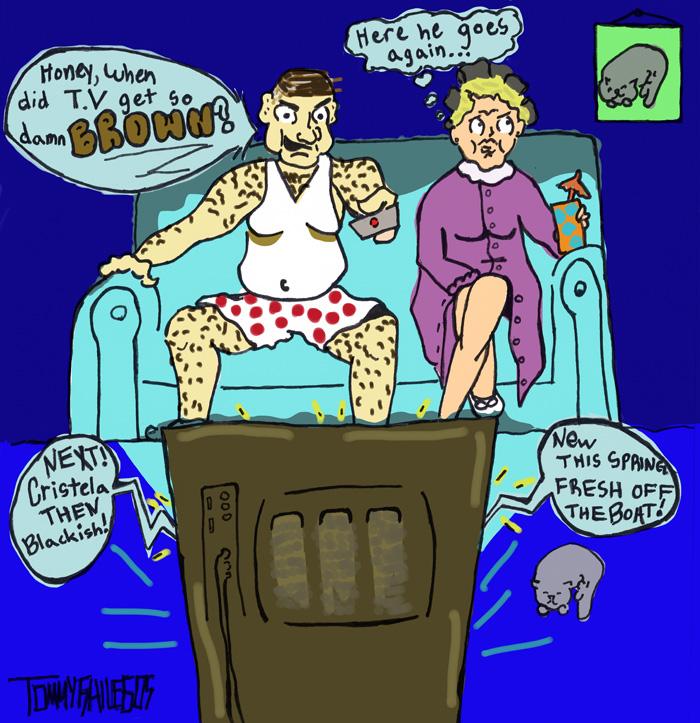 Current television shows’ main casts are composed of white actors and actresses. In some instances an actor or actress from a minority group is included. Yet, the show continues to be told through the narrative of a white person.

However, this TV season, ABC has three new shows focusing on three different non-white race groups. “Blackish,” “Cristela” and “Fresh Off the Boat” give a glimpse into the struggles of non-white groups in the U.S. through the main characters’ struggle of assimilation versus cultural preservation, and it shows how these characters deal with racism.

“Blackish” focuses on a black family living in the suburbs surrounded by mostly white neighbors. The show is told through the eyes of the patriarch of the family, Dre Johnson. The pilot dives into the issue of assimilation versus cultural preservation in two different instances.

First, Dre is struggling with his promotion to senior vice president of the new Urban Division at the ad agency he works in. He wanted to be the agency’s first black president, but not be president because he is black.

Second, Dre learns his son, Dre Jr., wants to play field hockey instead of basketball, and prefers to be called “Andy” instead of Dre Jr. Dre struggles with what he believes is a cultural gap between his son and himself. The addition of Dre’s own father, Pops, who portrays an “old-school” dad, further demonstrates this cultural gap between the generations.

Ultimately, Dre feels like his family is leaving behind their culture, and becoming “less black”. This is a struggle many bicultural people face. On the one hand, it’s important to be “part of the crowd” to gain opportunities. On the other, it’s also important to preserve their culture.

“Blackish” uses assimilation versus cultural preservation as a way to attract viewers who can relate to the Johnson family.

Similar to “Blackish,” “Cristela” capitalizes in the differences between generations. Where as Cristela is a Mexican-American law student trying to land an internship at a law firm, her mother is more concerned with Cristela finding a husband and getting married.

The show tackles the subject of racism when Cristela interviews for an internship. Her would-be boss is an old, white man. There is a moment in the interview where Cristela tells him she can’t swim. He makes a joke about her crossing the river asking how she did it if she can’t swim. Cristela awkwardly laughs at the joke.

Then as she is leaving, the boss’s daughter mistakes her for a member of the janitorial staff and then for the secretary, playing into the stereotypical roles given to Latinos.

“Cristela” uses jokes to address the issue of racism, but also employs the importance of family in the Latino culture to appeal to viewers.

“Fresh Off the Boat” is different from “Blackish” and “Cristela” because it’s not only told from the point of view of a little boy, but it’s narrated by the adult version of the boy. In “Fresh Off The Boat,” Eddie Huang is part of the hip-hop culture, while his mother is portrayed as a stereotypical Asian parent. Yet, the mother is accepting of Eddie’s preferred style of clothing and music.

In the show, white privilege is subtly presented. Eddie’s father hires a white host at his restaurant because he thinks customers will feel safer if surrounded by white people.

The attraction of the three shows lies in the presentation of races. Where as viewers are typically shown only white main characters, “Blackish,” “Cristela,” and “Fresh Off the Boat,” better reflect U.S. demographics. It also allows minority groups to see themselves represented in the media.