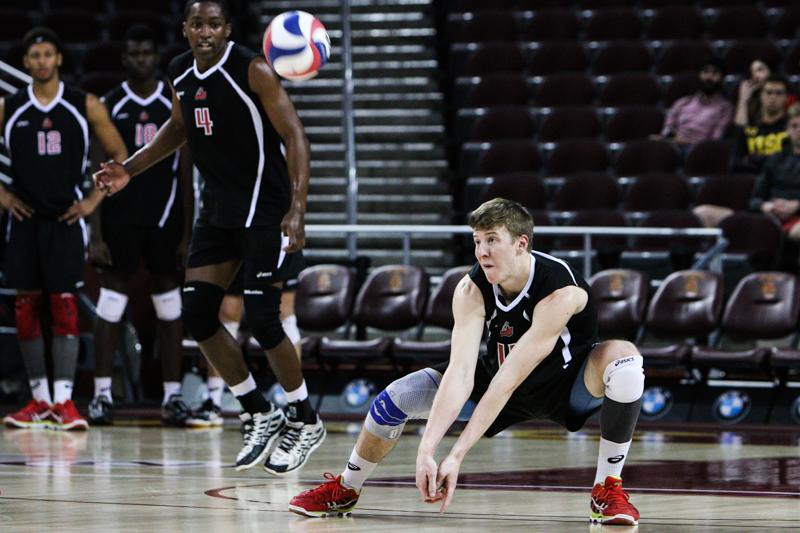 An offensive leader, consistent player and overall great player are just some of the words used to describe junior outside hitter Sam Holt. The Cincinnati native draws attention wherever he is playing. This made Holt’s decision to play for CSUN seem natural.Born to Angie and Kim Holt, he is one of four siblings: sister Megan, and two brothers, Max and Nick. Max also played collegiate volleyball for Penn State, and then the U.S. National Team. It only seemed right that the 21-year-old communications major would follow in his brother’s footsteps. But rather than stay on the East Coast, Holt chose to travel west.“I got a scholarship to play out here, and it’s California,” said Holt. “It seemed awesome.”Head coach, Jeff Campbell, did not see perfection in Holt in high school, but rather someone that was ready to be shaped into the perfect athlete. He saw the potential all elite athletes possess before they have the opportunity to mature.“What I saw in him was the ability to get to the next level from high school,” said Campbell. “Sam has great athletic ability, but wasn’t the most polished outside hitter.”Holt attended Purcell Marian High School as a highly decorated athlete in volleyball and basketball, lettering in both. Volleyball was where he shined brightest, earning numerous awards, topped with Player of the Year and first team All-Greater Catholic League honors as a senior in 2011. As a four-year starter, he also took on the role of captain, leading his team to the state Final Four.Holt was a redshirt freshman in 2012, spending the season maturing, becoming stronger and stepping his game up.

“I got so much better that year,” Holt said. “I think it was a really good choice for me.”

Campbell felt the time off helped Holt develop the proper mentality and physical aspects of the game.

“It just takes time to physically and mentally mature,” said Campbell, explaining how competitive the game is, and how much freshmen need to grow.

Senior setter, Travis Magorien, began his career alongside Holt, and has seen him shape into a competitive, inspiring athlete.

“He’s a gamer. He loves to win. He loves to get set every game,” said Magorien. “Before the game, he’ll tell me ‘set me the ball if you want to win.’” 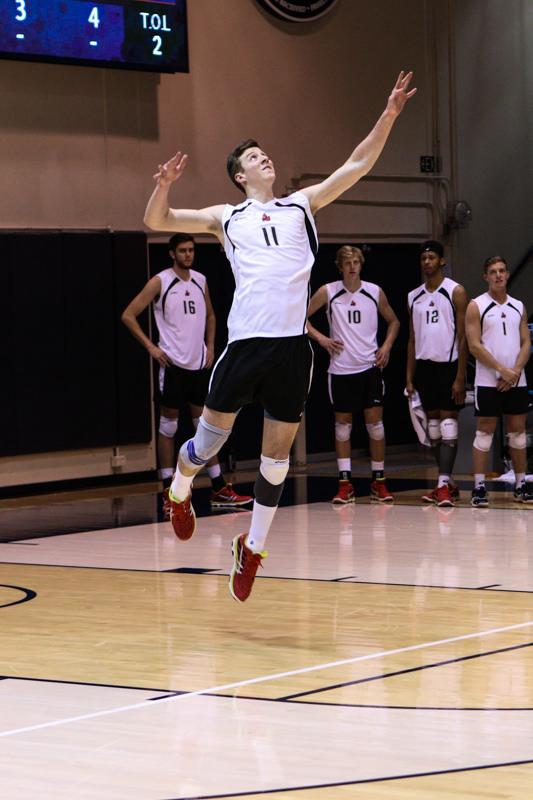 Holt finished his 2013 season with 65 kills, averaging 2.03 kills per set (which ranked third for the Matadors) and hitting 17.4 percent on 172 attacks. He added 25 digs and 10 blocks. Holt’s 2013 season debut set an offensive precedent for his career as a Matador.

“We’re pleased with him, and he’s becoming a great leader,” said Campbell about Holt molding into a consistent offensive leader. “Sometimes it takes some time to get there, but he’s getting there. I knew that physically he could do it, and now he’s proving that he could do it out on the court.”

Holt earned an All-MPSF Honorable Mention in 2014, leading CSUN with 319 kills and 21 aces. His 3.89 kills per set was ranked sixth in MPSF, and he was named the MPSF Player of the Week in April 2014 after setting a career-high 37 kills.

Senior middle back Greg Faulkner, who started at CSUN in 2011, has been playing with Holt for three years, and praises his teammate for bringing fire to the court.

“He’s pretty dominant,” said Faulkner, who was also a 2014 All-MPSF Honorable Mention. “When he’s on, he’s really hard to stop.”

As a player, Holt is constantly working to better his game and strives for improvement. Hard work and determination is his motivation, and in order to succeed, he continued to work past his struggles, taking extra “reps” at practice.

All of the kills and stellar hitting percentages come from countless hours in the gym. Campbell says Holt has a “growth mindset,” and he wants to get better. Holt’s passion for the game sets him aside from not just his teammates but any other players in contention with him.“His desire to win is probably the highest on the team, and once he’s out there he’s very competitive and he’s got great athletic ability,” Campbell said. “So, when you combine both those it’s a great thing.” 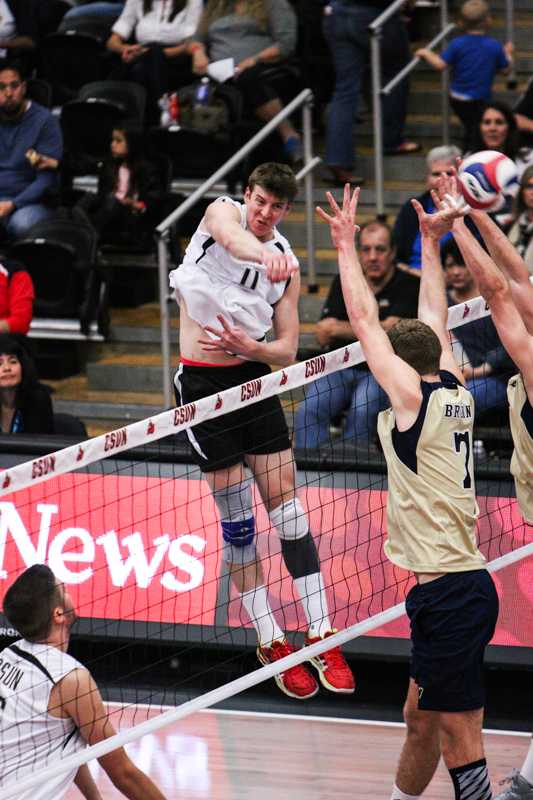