Baptism by fire: the daunting reality of the NFL Combine 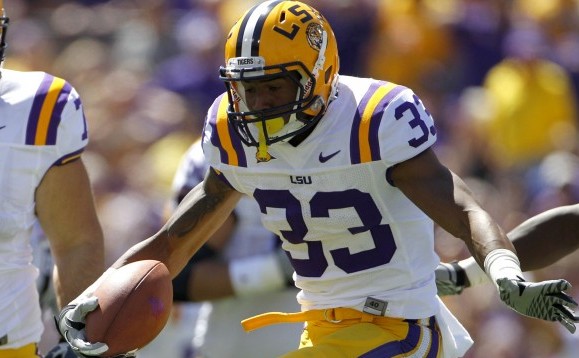 A small battalion of NFL officials, coaches and scouts marched into Lucas Oil Stadium to determine if the Marcus Marriota’s of the 2015 collegiate draft class are who they claim to be, or if they’re closer to the infamous JaMarcus Russells of football lore.

The combine, the last stop before the annual NFL draft, is one of the single most important stretches of days in any prospective college draftee’s life. From Feb. 17 to Feb. 23, players get to show, on sheer athletic ability, why they deserve to be drafted by one of the 32 teams that make up the National Football League. Its almost Olympian in its simplistic concept – a celebration of the physical accomplishments of the American football player.

The scouting combine has evolved into its own media circus recently, a far cry from a time when cameras were banned from the stadium grounds. The annual event first aired on television in 2004, coinciding with the newly christened NFL Network.

First held officially in 1987, this year’s event will stretch over seven days, with each day’s events differing depending on which group a player is in. The prospects can expect to participate in eight athletic evaluations including the bench press, vertical jump and the always exciting 40-yard dash.

In addition to the physical evaluations and position specific drills, athletes are expected to participate in a battery of character and mental examinations. By the end of the combine a prospect has gone though an interview process, drug screenings, and the NFL’s general knowledge exam: the Wonderlic test.

The player interview process will likely prove to be more of a focus than ever before due to the leagues increased focus on domestic abuse and criminal activity. Each team is allowed a 15 minute interview with up to 60 players of their choosing. A players draft stock can easily rise or fall courtesy of a string of good or bad interviews.

The combine Is where we’ll try to determine just how good a player like quarterback Jameis Winston can be. All eyes will be on the two most sought after quarterbacks: Florida State’s Winston and University of Oregon’s Mariota. Both players suffered unfortunate losses to close out their college playing careers, but can easily make up for it with a high draft selection. Which of the college stars will be taken number one overall will be a major story line leading up to the draft in April.

Everyone will of course be looking for the next J.J. Watt, an undervalued college prospect whose 2011 combine was the beginning of a marvelous career in Houston. Equally, millions of eyes will be on this years 40-yard dash, one of the combines most valued metric. Adidas has already offered a cheetah inspired Porsche to the player with the fastest 40 time.

Certain 40-yard dashes have become the stuff of legends, and few are more legendary than Bo Jackson’s almost freakish 1987 combine performance. The former Los Angeles Raiders running back had a short, but memorable, football Acareer full of impressive feats, greatest of which might be his combine. The Auburn standout ran a blistering hand-timed 4.12 40-yard dash, which is still believed to the fastest 40 time ever. There are perfectly healthy adults who can’t get out of their chairs in 4.12 seconds

Hall of Famer Deion Sanders skipped every event except the 40-yard dash during the 1989 combine. The story goes that Sanders didn’t stop once he ran the 40 yards, sprinting straight out the tunnel to a limousine that was waiting to take him to the nearest airport. Oh yea, and he supposedly ran a 4.27, one of the fastest 40 times in combine history.

The emergence of “Neon” Deion Sanders, one the NFLs greatest showman, happened at a combine.

Unfortunately, freakish combine numbers don’t always equal success on the gridiron. A number of combine workout warriors have wowed fans with their strength and speed only to fizzle out in the pros. Mike Mamula’s 1995 combine remains the staple cautionary tale for general managers hung up on a prospects combine numbers. The Boston College star worked his gaudy combine performance into a 7th overall pick by the Philadelphia Eagles. In five years, Mamula’s playing days were over thanks to a debilitating knee injury.

Mamula’s combine story is a good example of why some draft analyst consider the scouting combine to be an unnecessary event. Mamalu’s short five year career wasn’t exactly terrible, but his numbers just don’t seem to match up to his near herculean combine performance and high draft selection. No matter how much you test a player, you can’t determine how well they will perform in an actual NFL game.

The combine isn’t the only way to make the transition from college to the pros. But it is the most likely. Every year there are a few uninvited players who performed well enough at their schools pro days to warrant a late round draft selection, but its rare. A prospects draft odds increase mightily with a combine showing, but sadly the NFL only invites around 300 of the thousands of available college players.

Somewhere in this year’s group of invitees is the next Odell Beckham Jr. And during a seven day stretch in February, everyone will get a chance to see the future stars of the NFL take their first steps towards football immortality.