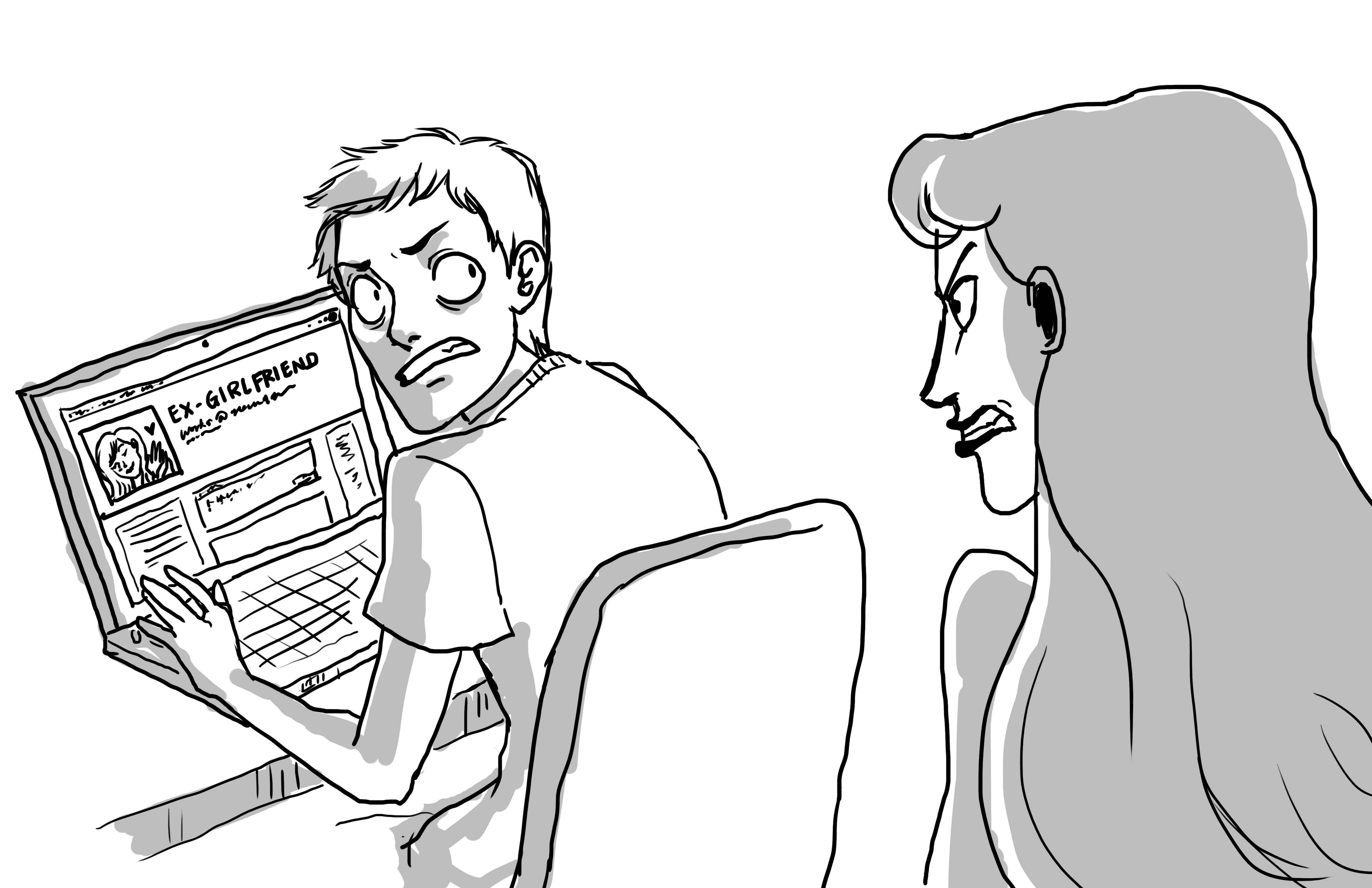 Social media is a great way to catch up with high school friends, connect with family members or check up on a lover and sometimes these check ups can break apart a happy couple.

Here’s a status to dislike: according to a survey by Divorce-Online, a British legal service, nearly one-third of divorce filings in 2011 mentioned the word Facebook.

Plus it’s not surprising that the number one reason why Facebook was at fault for divorce cases was because of “inappropriate messages to members of the opposite sex,” states YourTango, a media company dedicated to relationships and love.

When we see a partner flirt online, we’re often spot on with our suspicions.

Facebook opens an easy door to connect with past relationships, and the dating culture is an ever-evolving beast.

According to a University of Texas at Austin survey: out of 1,600 married couples, 32 percent of heavy social media users say they have thought about leaving their spouses, compared with 16 percent of people who don’t use social networks.

Affairs may have taken months to develop in the past, but thanks to Snapchat, Facebook and Instagram, an ex-girlfriend or boyfriend is just a click away.

While in a relationship, there has emerged a sort of etiquette for how to approach Instagram. Such as, beware of the “like” button and if you have important information to say–don’t say it on Instagram.

Similar to a potential employer stalking inappropriate photos posted online, it’s important to remember the “likes” on Instagram are public too.

Also, who’s had the awkward “Why did you ‘like’ that girl’s selfie–she’s basically half naked?” discussion.

Flirting on Instagram is no different than flirting in person.

According to the Instagram blog, there are more than 300 million active “Instagrammers.”

The odds that someone is direct messaging or liking an ex hook-up buddy’s photo are high.

Just when everything is going amazing, you open up Instagram, click on the activity feed page then–bam. You see your partner liking pictures of models on Instagram, using the wink emoji and commenting on how a stranger looks “cute.”

Seeing a girlfriend or boyfriend comment on a ex’s picture or use flirty emojis on an “Insta-selfie,” is suspicious.

People who actively use Twitter and argue with their partners over Twitter are more likely to have relationship problems, a study by Cyber Psychology Behavior and Social Networking says. This can result in breaking-up, cheating or divorce.

Great–now we all have to creep on Twitter too?

But maybe it’s not even social media that ruins relationships, maybe it’s the poor decision making skills people have.

Social media shouldn’t be the main cause for a breakup. It would be extreme to break up completely based on it. It’s just social media, everyone has their right to voice their opinion.

While we play a tiny violin for sadness and sorrow, it’s important to trust in a romantic partner. It’s just a photo and maybe nothing serious. If something is bothering you–talk about it. Face-to-face.

Communication is key while in a relationship.