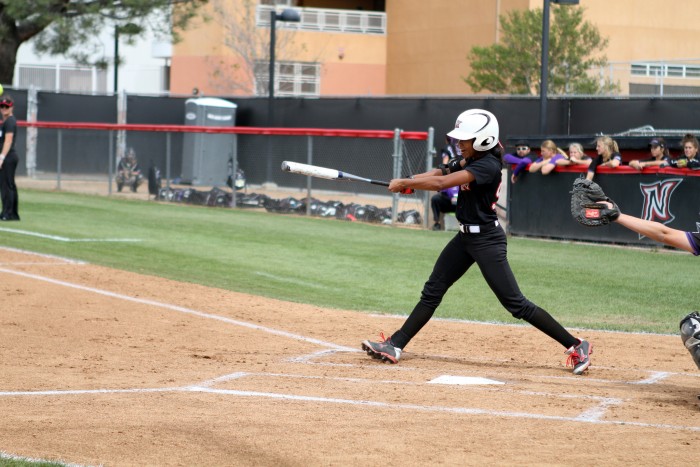 The Matadors (9-3) dropped the first of their two game set to Weber State (4-3) to open the Grand Canyon International before picking up their ninth win of the season against host school Grand Canyon University (6-8).

Weber State’s senior starting pitcher MaCauley Flint stifled the CSUN batters throughout her complete game appearance en route to a 3-1 loss for the Matadors. Seven different CSUN’s batters were sent back to the dugout on strikes before the game ended.

Sophomore left fielder Taylor Nate was responsible for the Matador’s only run of the game courtesy of a sixth inning home run to left field. It was Nate’s second home run of the young season.

Coach Tairia Flowers sent two different arms to the hill to relieve senior pitcher Jordan Sauceda. Sophomore Daphne Pofek and freshman Zoe Conley were given the call after Sauceda was pulled in the bottom of the third.

Two of the Matador’s three losses this year were lost by a differential of two runs or less.

Shortly following their contest with the Wildcats, the Matadors got back into the win column after a 8-3 victory against the Grand Canyon University Lopes.

Sophomore second baseman Katie Hooper had arguably the best game of any Matador in school history. Hooper mashed her way to seven RBIs on four hits, including a home run and a sixth inning grand slam. Hooper’s seven RBI were good enough to tie a school record set by Jan Moshier in 2006.

Senior pitcher Brianna Elder was awarded her fourth win of the season after fanning 10 Lopes in six innings before handing the ball over to Conley to close out the game.

The Matadors will look for their tenth and eleventh win on Saturday when they take the field for another set of games against Grand Canyon University at 9 am, and Weber State at 2 pm.