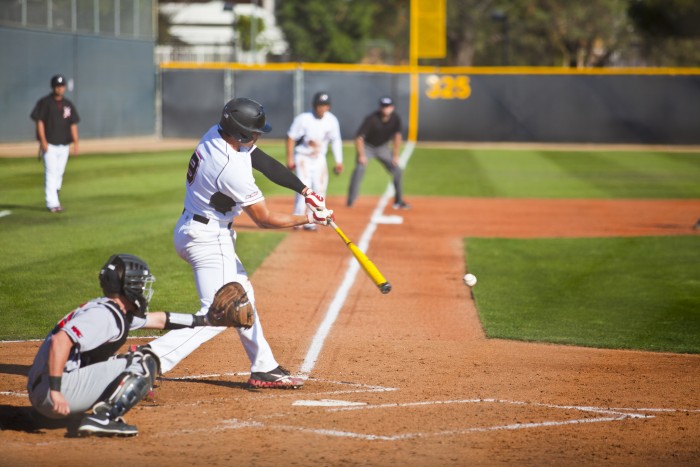 The Matador’s got a stellar complete game shutout from starting pitcher Rayne Raven on the way to a 1-0 win against the Seattle University Redhawks at Bannerwood Park Saturday afternoon.

Raven improved to 2-0 on the season as he went the distance and struck out ten batters after striking out a career-high 16 in his previous start.

Matadors scored in the top of the first inning after center fielder Chester Pak scored on a wild pitch and then the offense went scoreless the rest of the game.

CSUN later improved to 7-1 with an 8-3 win at Seattle in game two of the double header.

Pitcher Jerry Keel received his first win of the season as he pitched six innings, allowed two earned runs and struck out eight.

Akitoshi and first baseman Albie Weiss each had two RBIs. The offense had 14 hits which is a season high.

Relief pitcher Andrew Weston recorded the save as he pitched three shut out innings, gave up one hit and struck out four.

CSUN will look to win its fourth straight and sweep the series with Seattle University on Sunday afternoon. Angel Rodriguez (1-0) will take the mound for the Matadors, as he will face Redhawk starter Tarik Skubal (0-1). First pitch is scheduled for 12 p.m. at Bannerwood Park.