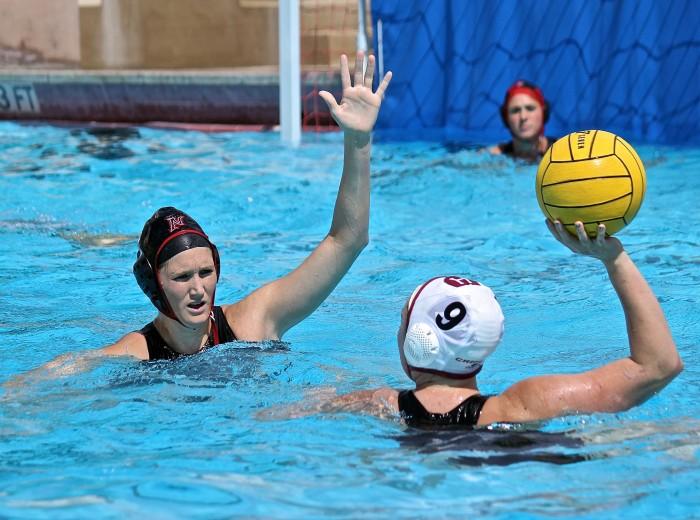 The No. 9 CSUN water polo team started off the UC Irvine Invitational on a high note with their 10- 9 overtime victory over No. 8 San Jose State, but No. 1 Stanford won 16 – 3 in the second matchup to prevent CSUN’s sweep on Saturday, Feb. 21.

The Matadors will move on to Sunday’s competitors, now only being able to come out as high as fifth place with a win in both morning games. Their first competitor is the host, No. 5 UC Irvine, and the other will be decided upon the tournament’s outcomes.

The undefeated Stanford unit led CSUN 8 -2 before halftime, scoring four goals apiece in the first two frames. CSUN would go scoreless for the third frame and score a single goal in the fourth to end the game.

No. 8 San Jose couldn’t turn their halftime lead into a victory after leading 5 – 4. The two team’s back and forth battle resulted in CSUN’s first overtime victory this season.

CSUN capitalized early by scoring two goals in the first overtime frame. Though they went scoreless in the second frame, their defense held San Jose to one second frame goal.

Senior Marisa Young had a team high with four goals against San Jose and Shannon Hovanesian was the only Matador to score in both of Saturday’s outings.