AS explains where their money is coming from and going to 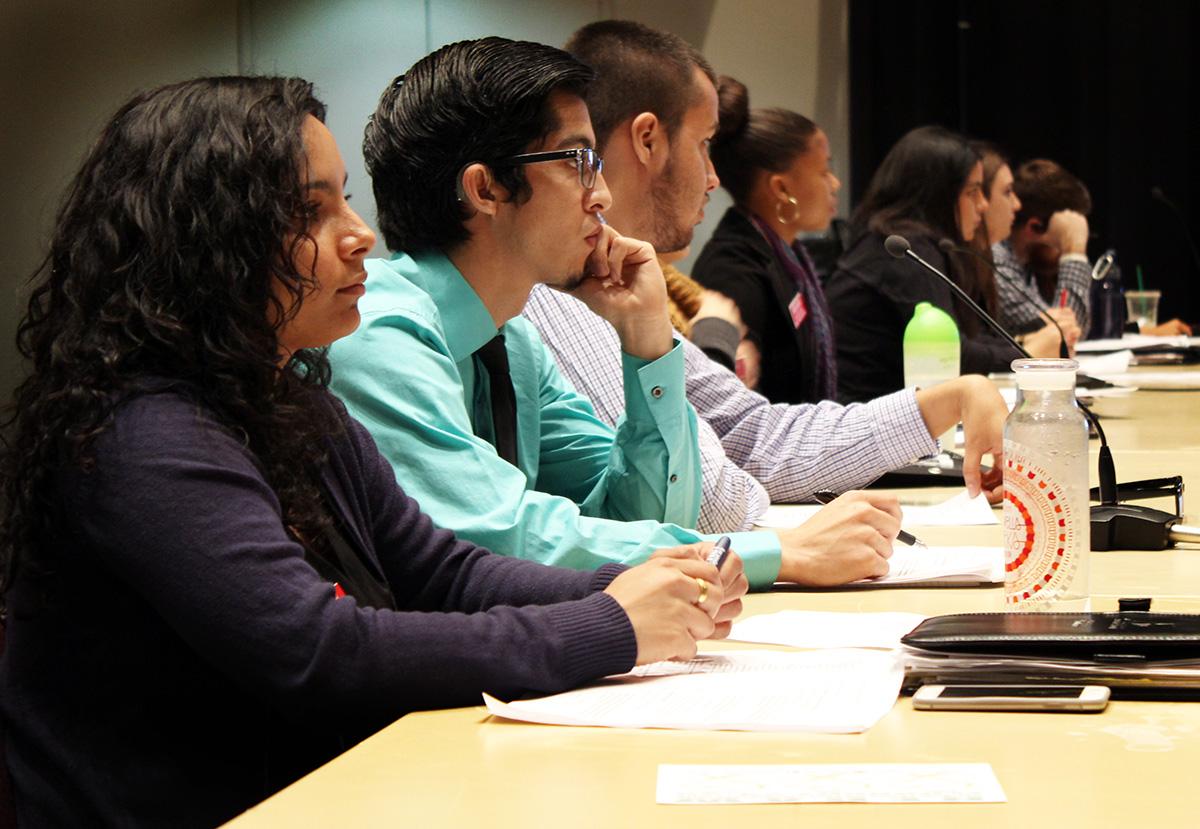 AS senate members listen to voting instructions to propose amendments to go on the student ballot. Wynnona Loredo / Staff Photographer

Unexpected school events have caused a major funding backlash for Associated Students (AS) causing them to decrease allocations for club events, as noted by the AS finance committee.

Senators and the finance committee are in a debate over whether to give full funding to clubs.

High enrollment rates at CSUN provided AS with higher funding from students fees but they now say they are low on funding for the fiscal year. To preserve some of their funds AS is allocating a lower amount of funding to clubs so they will have enough funds later in the semester.

“We do have money for clubs, we just don’t want to prude all the money in February and in April when clubs ask for money we turn them away because we won’t have anything,” Diane Hartjen, AS controller of accounting and financial services said.

AS receives money from student-paid AS fees and they use that income to fund events for clubs and organizations and pay for the club’s or organization’s travel expenses. The university had anticipated 36,000 students for enrollment for fall 2014,but 39,000 students were actually enrolled which granted AS a higher than expected funds. The excess extra revenue went into unassigned contingency.

“One of the prime reasons why AS is low on funds this year is because of the Farmer’s Market,” Hartjen said. “It costs around $30,000 and it wasn’t planned in the budget.”

According to Hartjen the Farmer’s Market has put a dent into the AS budget for the 2014-2015 year.

Associated Students Student Leadership has requested $10,650 for the California State Student Association (CSSA) conference this year which will be held on the CSUN campus.

“It’s important to support this conference,” AS Senator Orion Block said. “CSUN is getting well known for their conferences. It’s a great thing to have.

“As a part of the finance committee I don’t feel comfortable allocating so much money,” said Senator Sevag Alexanian.

At every AS meeting when the senate approves action items regarding finances Senator Alexanian notifies the board that the remaining funds are low and warns senators to be prudent when approving funds and not to increase the recommended price.

The university had budgeted $ 7.8 million in student body fees and 6 ½ percent of that income went to Associated Students. Associated Students receives all their funding from student paid fees, not the state. AS has a separate pool of money that they use towards funding club events. Any money AS brings in, such as the ticket office sales, will be put into that pool of money.

AS is currently planning the budget for the 2016-2017 year and will be sent to senate in early April.

Appointed Christine Dashdemirians to Senator for the College of Humanities and Majid Khan for Student-At-Large for the External Affairs Committee.

Voted Christian Vidaure for Chair to lead next weeks AS meeting.

Allocated $800 to Deaf CSUNians for their Glide Event, allocated $10,000 to the Sports Club Council, and allocated $4,000 to the Student Leadership CSSA Conference.

Discussed increasing student interest in AS and elections.

Approved the constitution of the christian club Flow.

Discussed changed referendums on the election ballot for the this years elections.