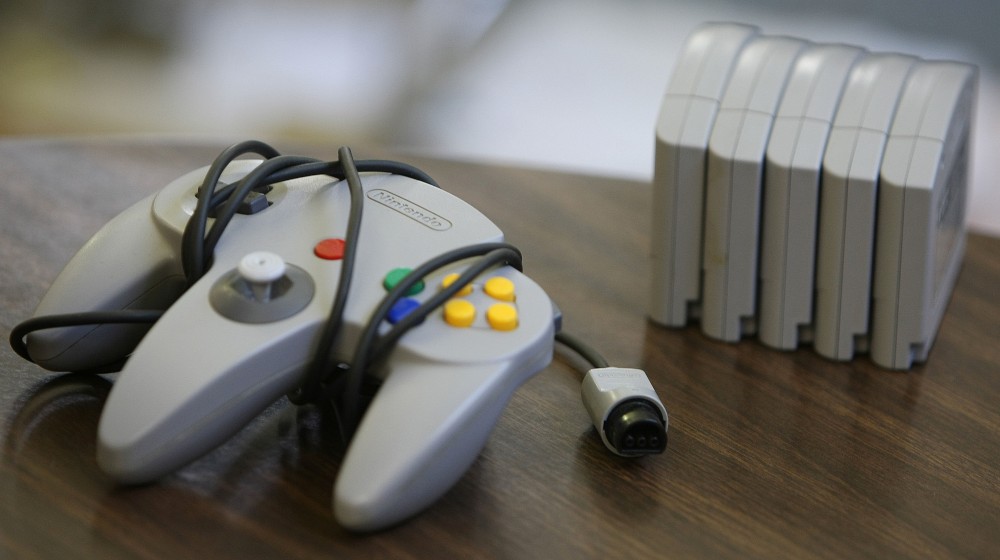 An old Nintendo 65 video game was used by some of the Seward Montessori School students during Brock Dubbels class that uses video games as a learning tool, May 11, 2009, in Minneapolis, Minnesota. (Bruce Bisping/Minneapolis Star Tribune/MCT)

The new generation of consoles shed light upon an often-overlooked aspect of the video game industry, review scores. Many hardcore and casual gamers look towards a game’s scores to determine whether a game is worth purchasing the full $65.

However, this generation of consoles, as well as PC, games proved that gamers should never rely on review scores to see if a game is for them. Some companies already dropped scores and some, like Eurogamer, are recently doing this.

With the release of disappointing titles such Watch_Dogs or Assassin’s Creed Unity, review scores have no purpose. This is because most game reviewers don’t factor in what was promised from a game and what bugs a game has.

At E3 2012, Ubisoft promised a graphically beautiful, next-gen game in Watch_Dogs. Ultimately, what was released was a game with downgraded graphics, sluggish controls, and incompetent AI. Even with these problems, major reviewers such as IGN gave the game a high score.

Most recently with Evolve, a monster hunting game, critics didn’t factor in exactly what could be played and what can be paid. The reaction the game received between critics and users is staggeringly different.

What most game reviewers failed to mention is that on top of the $65 game customers purchase, Turtle Rock Studios is hiding more than $60 worth of content that is not covered by the game’s season pass, which is already $25.

This leaves customers questioning the rational behind a critic’s score. A game may have pretty graphics or great gameplay, but behind a pay wall it is difficult for customers to enjoy it.

Similar to movie critics, video game critics all have their own tastes. Some may prefer visuals to game play; some may prefer longevity to a good story. The importance of subjectivity to customers is to thoroughly research a game before buying it.

Ready at Dawn new game The Order: 1886 promised a visually stunning game with a ‘cinematic experience’. Although Ready at Dawn may have delivered in the graphical department, the game length runs a little more than six hours or so with no replay value.

What exactly is going on with the polarity between the critics? It’s simple; everyone has his or her own likes and dislikes.

Ultimately, game scores lack reasoning behind the numbers. Why does a 2D, low pixel game get a perfect score and a full AAA title with better graphics and replay value get a five out of ten?

Where customers and gamers should be researching is the depth of a review and how thorough it is. Before buying a game full-price customers should read multiple reviews and game play videos online and determine whether the game may interest them.

Game scores don’t necessarily help the industry, but with customers lacking time and patience to read a full review, going to the score is the easiest way to determine whether the game is for them. In the end, this can really hurt the way customers will be treated in the future with false promises and companies failing to deliver the full value of a $65 video game.