The DUFF: YA Novel to Teen Classic Comedy 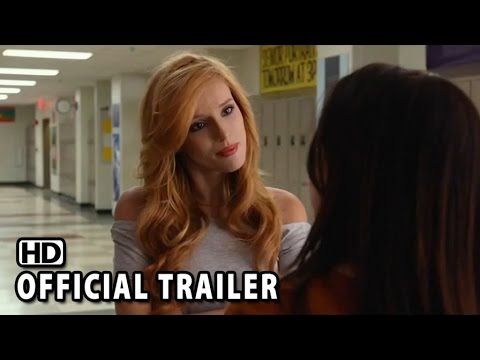 They say that there are no original stories left out there, but Hollywood has struck gold recently, when mining the Young Adult novel category for movies. “The Fault in Our Stars,” “Hunger Games,” and now “The DUFF” are examples of YA literature being adapted for film audiences of all ages. Though the themes aren’t groundbreaking, the tone, and sometimes the plot lines, take twists that breathe fresh air into movie genres that can get a little tired.

“The DUFF” was written by Kody Keplinger, back when she was a 17-year-old senior in high school. Writing what she knows, Keplinger is quick to remind the audience of the social stereotypes associated with the student experience, so she starts the film with a nod to “The Breakfast Club” – a monologue about how high school is made up of “princesses, nerds, brains, athletes, criminals and basket cases.”

The narrator is Bianca (played Mae Whitman) who has been lifelong friends with Jess and Casey. Both of Bianca’s friends are beautiful and popular and it doesn’t take long until both the audience and Bianca find out where she fits into the social hierarchy of her clique. She’s the DUFF (Designated Fat Ugly Friend.)

Bianca’s best friend/next-door neighbor is Wesley (played by Robbie Arnell.) He is in the jock clique and is the one that innocently informs Bianca of her status in the middle of a completely mundane conversation.

For Wesley, all cliques have a DUFF. The moniker has less to do with physical attributes than with the ranking within the group, based on social status.

Wesley’s on again-off again girlfriend, Madison is jealous of Bianca’s friendship with Wesley and goes on a social media slander campaign, turning everyone against Bianca and making her the laughing stock of her school.

Hijinks ensue and eventually it all works out in the end, but the feel-good part of the film isn’t even the best part.

“The DUFF” shines in the way that it bonds with the audience by mirroring the high school experience of each and every person watching. No matter who you are or when you graduated, the high school social strata is one to which we can all relate.

The film recounts all the trials of being in high school, but in a way that isn’t condescending or campy. Bullying, popularity struggles and academic disparities are universal themes in teen comedies.

“The DUFF” includes these – and even ups the ante with domestic violence and cyber bullying – but the film is written in a way that reassures the audience that they will come out the other side, better for having made it through these trials.

The opening night audience screening the film was just the crowd that message would impact the most: groups of teen girlfriends, moms with their daughters and aunties out with the important girls in their lives – all could benefit from the film’s layers.

The film was a great excuse to laugh together, enjoy the eye candy of the attractive cast and open up a conversation about how each person fit into their own high school social circles, DUFF or not.