How real is the friend zone for females 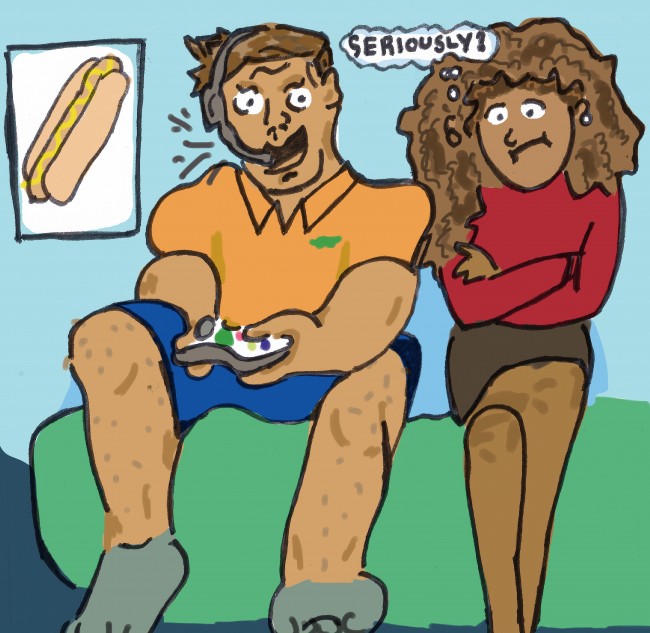 The term “friend zone” may be a popular label for a male, but its occurrence in females are common. As a female, there seems to be a negative implication for us to tell males they are better off as friends. It is seen as a cop-out, or simply being shallow.

However, the consequence of a female saying “you’re like a brother to me,” or “you’re one of my best friends” or a direct “sorry, I don’t see you as a boyfriend, can we stay friends?” reap the wrath of a guy. Males tend to see this as either a challenge to change the person’s mind, or worse, call them derogatory names.

For computer science major student, Angelica Soto, her friend zone experience was typical to what many women experience.

“I had a really close friend, and as soon as he told me that he liked me, I kind of doubted it because I just wanted to stay friends,” said Soto.

Her four year friendship with said guy continued but it became awkward. Her first rejection was not enough, because weeks later he tried to ask her out again only to receive the same result.

However, for some women, the idea of the friend zone is a term that women don’t use. With being in tune with emotions and being able to accept rejection better than the male, females are able to decipher the difference between friendship and romance without labeling the potential rejection in a study by University of Colorado.

“I think the whole friend zone thing is just a guy’s way of placing blame on themselves for not taking the action of making the relationship happen,” said Ortiz.

Some advice given by an ex’s mother, it is better to befriend a romantic interest so “you know what kind of crazy they are,” said Ortiz.

Friend zone was a label created that incites pity and shame for not being able to win someone’s heart. Women should never feel bad for telling someone they are not interested, receive the passive-aggressive silent treatment or worse, come back weeks later to ask for another chance.

Though it is brave and sometimes rewarding to take friendship to the next level, men in particular should know the boundaries of “I’m interested,” and “thanks, but no thanks.”

Check out Mr. and Mrs. voicing their opinions about the friend zone, or even catch a campus reaction video.