A peek behind the curtain of eating disorders 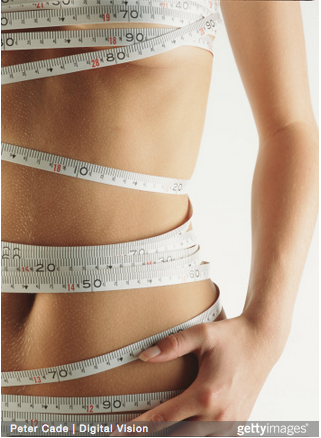 This week on Dinner Thyme we’re going to discuss something a little more important than food.

Eating disorders are a serious issue and growing concern in our society today. Weight and the judgment of body image are two thoughts that can eat away at the minds of people, leaving many with life-threatening mental and physical conditions. Some types of eating disorders include bulimia, anorexia and binge eating.

According to a survey released by the National Eating Disorder Association in 2012, the rate of college students who have an eating disorder has risen to a possible 20 percent in women, and 10 percent in men.

In the United States alone, it is estimated that 20 million women and 10 million men suffer from some kind of eating disorder. Some individuals with an eating disorder go without being diagnosed or properly treated.

By the age of six, multiple children have already begun to develop some type of eating disorder by looking at body images in movies and magazines. This mindset of beauty continues into adulthood, leaving individuals with a perspective about body images that can lead to unhealthy life styles and eating habits.

Some individuals are unaware they have some form of an eating disorder. Therefore, it is important to understand the signs and systems.

-Frequently consuming a large intake of food and then taking measure to prevent weigh gain, such as making yourself vomit.

-Feeling out of control.

Symptoms of Anorexia Nervosa include:

-An increased amount of weight loss.

-Frequently consuming a large intake of food, to the point of feeling discomfort.

-Feeling out of control.

-Eating when not hungry.

If you feel that you, or someone you know, might be suffering from an eating disorder, there are multiple resources on and off campus to get support.

National Eating Disorders: Offers various support suggestions, opportunities to get involved and ways to give.

Overeaters Anonymous: Website that offers advice and a 12 step program to help.

In support of National Eating Disorder Awareness week, Proud2Bme was on campus this week. It’s an organization that is dedicated to bringing awareness to eating disorders, promoting healthy body image and providing students on campus with support .