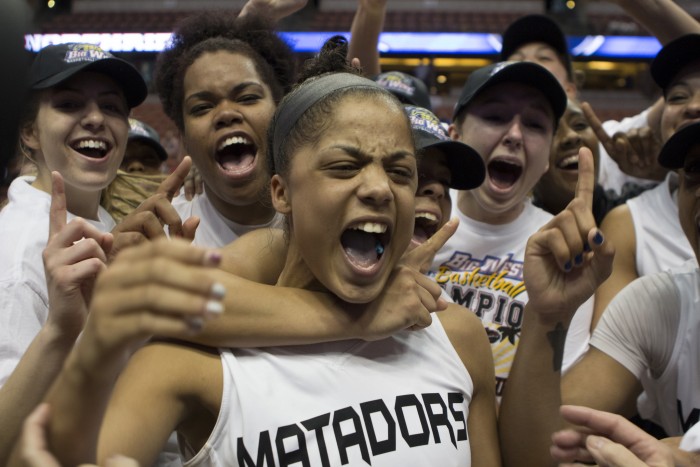 Guay sank a 3-pointer in the waning moments of the second half of the game. The senior proceeded to drain a lay up to end the night with 15 points along with sophomore Emily Cole.

Last season’s Big West Tournament Player of the Year has averaged 15 points-per-game so far this season, shooting nearly 43 percent from the field and 36 percent from the arc on her way to the university milestone.

CSUN faces UC Riverside in their last away game of the season Saturday, Feb. 28th to give Guay a chance to stretch her record even further.