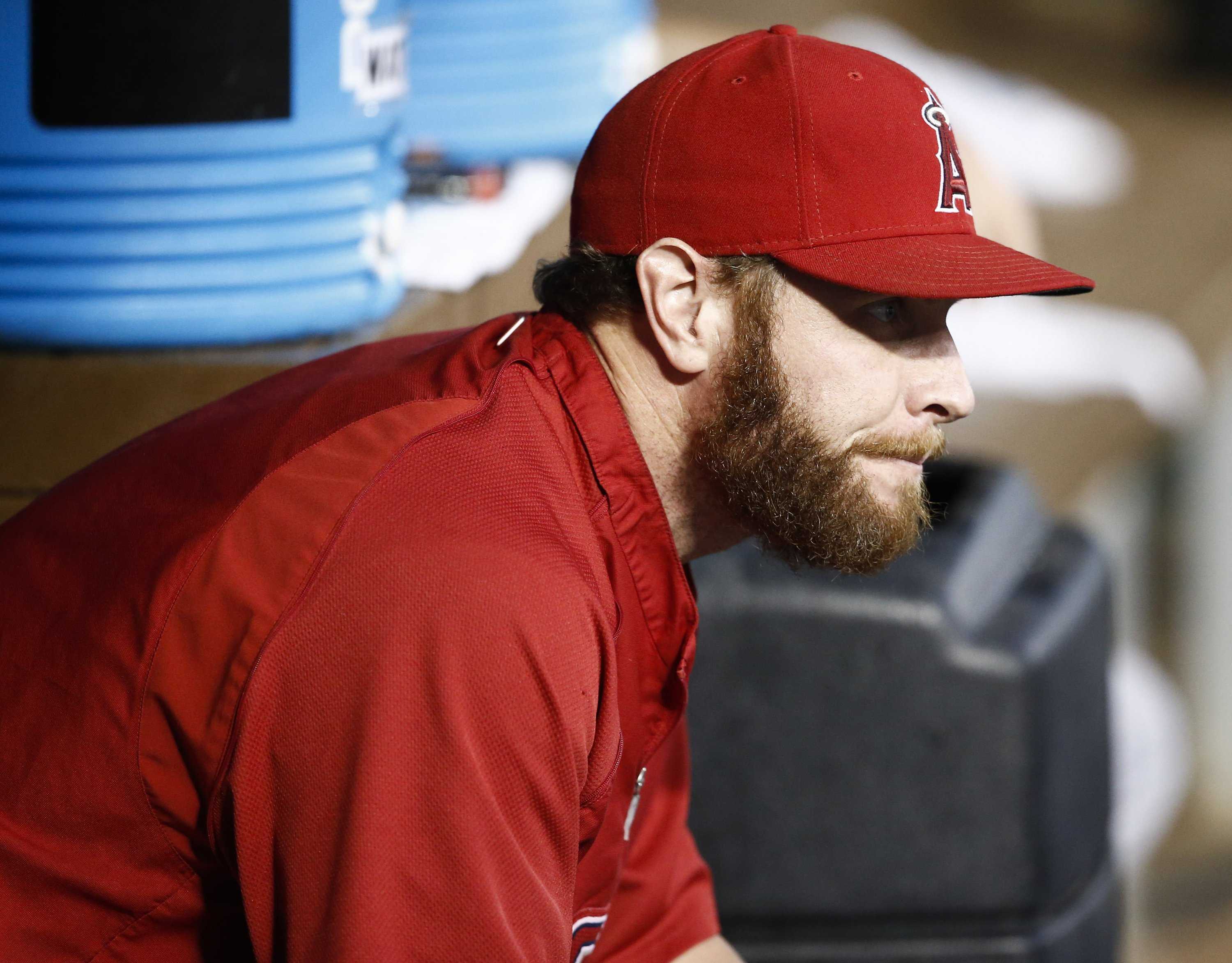 With yet another relapse on the way for Angels outfielder Josh Hamilton, Major League Baseball will have to figure out what to do with the 33-year-old slugger. Photo courtesy of TNS.

It’s not PED’s. It’s worse. According to CBS Sports’ Jon Heyman, Hamilton had a relapse “a couple months back” that “involved at least cocaine.” Heyman says that 33-year old aging slugger confessed to MLB officials, but there’s no word of a failed drug test.

I remember the report back in 2012 when he had a relapse with alcohol after drinking a beer at a pub in Dallas. That was three years ago and, at the time, it was pretty big news. But this new report took it to another level.

Hamilton was banned from baseball in 2003 for drug and alcohol use while in the Tampa Bay organization. He was reinstated in 2006 and is drug tested three times a week.

Heyman suspects that Hamilton will be put into a rehab program as a first-time offender because his prior issues with drugs happened before he was on a major league roster, so avoiding a suspension is still possible. Hamilton was already due to miss the first month or two of the 2015 season while recovering recovering from right shoulder surgery.

Hamilton’s father-in-law Michael Chadwick said the player has “hit a bump in the road, keep him your prayers.”

Angels owe him a total of $90.2 million over the next three years and this contract was already terrible in the first place, but at least it’s not worse than what the Yankees have to pay Alex Rodriguez.

However, if Hamilton were to be suspended for 50 games for the season for a drug relapse, the Angels would not be liable for his $25.4 million salary.

I’ve always been a fan of Hamilton ever since the day I went to a Dodgers-Reds game at Dodgers Stadium because Ken Griffey Jr.was on the team at the time and he was my favorite baseball player, but he stayed as far away from the fans as possible.

Hamilton on the other hand, did the complete opposite of Griffey, as he signed my baseball and a ton of baseballs, gloves, jerseys – you name it. He couldn’t have been a nicer guy to the all the fans, and I’ve rooted for him ever since. Now, I’m rooting for him more than ever to overcome this demon.

So that’s why this report is very sad because I looked up to him when I was younger, and to hear that he has relapsed is very upsetting. He obviously needs help and this is something that’s way more important than the game of baseball.

I don’t care if he bats .200, hits two homers and only drives in five RBIs on the season. That’s not what matters. What matters is that he goes back to rehab and overcomes this addiction once and for all.