The Dress Debate–Ask A Kid 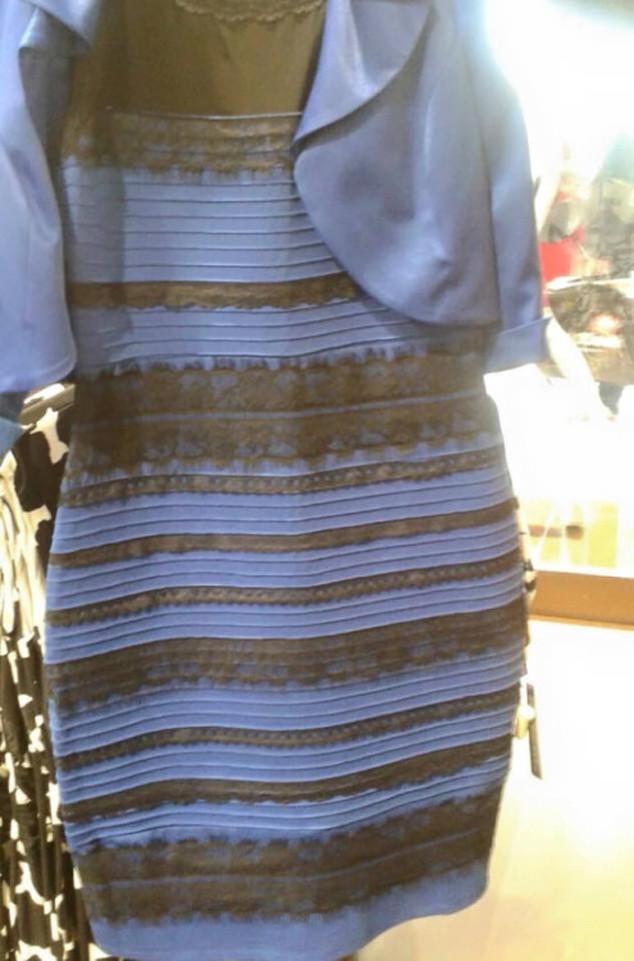 One thing that is clear is that this dress, which ever color you see it as, is driving people crazy.

I saw the picture last night at my boyfriends house where we all agreed the dress was black and blue, except for one.

My boyfriend’s sister who truly believed everyone was playing a trick on her went to her trusted source, her 5-year-old daughter, who would never lie. We all know kids are probably the most honest people,whether the truth is harsh or not.

The 5-year-old identified the dress as being black and blue. The debate was settled, even though her mom still saw white and gold. That is until I looked at it again this morning and realized it was a white dress with gold lace. Only to realize five seconds later it was a black dress with blue lace again.

I’m curious about how many people will actually go to their ophthalmologists to have their eyes checked this coming weekend?

The picture surfaced yesterday on social media as a completely innocent question about the dress color, before our minds were blown.

According to Fox News, 21-year-old Caitlin McNeill posted the photo of her friends mothers dress at her friends wedding causing the start of the debate.

Everyone is disagreeing about the color they see. Including celebrities like Taylor Swift, Demi Lavato, even Kim Kardashian and Kanye West.

WIRED has a scientific explanation of the whole idea, where they also confirm those who see white are wrong. Trust those kids of yours.

Take a look at the debatable dress and let us know which colors you see.

What color do you see?
Blue and Black
White and Gold