President Harrison recognized as a “Trailblazer” by Leadership California 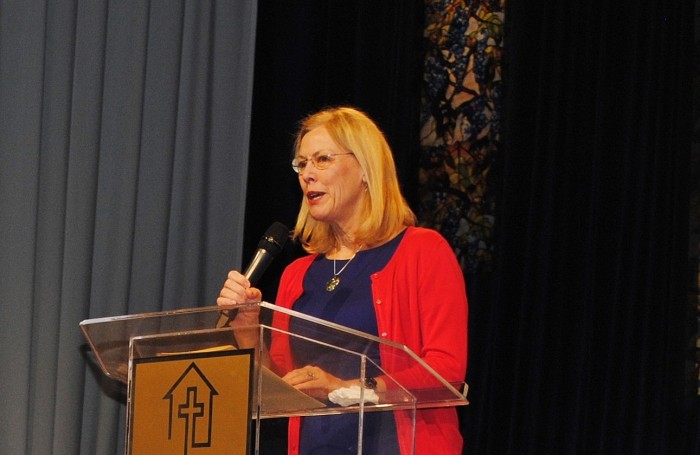 President Dianne Harrison has been chosen by Leadership California as one of six California State University women presidents honored with the Trailblazer award.

“Anytime I get an award or recognition, it is really an award for CSUN as well,” said Harrison.  “Such recognitions raise the visibility of the university and all of our faculty, staff and students. I was incredibly pleased and honored to receive this award.”

This is the first time in Leadership California’s history that six women have been selected to receive the award, said Public Affairs Communications Specialist Stephanie Thara.

“Annually, the Trailblazer Award honors a California woman leader who is a pioneer in her field, exemplifying a spirit of exploration, passion and groundbreaking achievement that leads the way for others,” said Thara.

Nonprofit, nonpartisan organization “Leadership California”, is a network of over 1,500 accomplished women leaders dedicated to advancing the leadership role of women in California and expanding their influence on California’s future,” according to their website.

Harrison, the fifth president of CSUN, has served as the president of CSU Monterey Bay and worked at Florida State University for nearly 30 years, before taking her place in office at CSUN, according to the email.

“The recognition is a richly deserved honor for an accomplished group of academic leaders who have dedicated their professional and personal lives to the service of all people in California” said CSU Chancellor Timothy P. White in the CSU office of the chancellor email. “As mentors, CSU’s six women presidents serve as exemplary models for women leaders in higher education and beyond. We, as a system, laud them for their commitment to transforming their campuses, our state and the nation.”

The six accomplished women will be recognized at the annual Legacy of Leadership awards ceremony on April 27 in Los Angeles.

“With higher education in the forefront of state policy issues and as a desired goal of many of California’s people, the opportunity to honor the women leading higher education in our state could not be more relevant and timely,” said Pamela Hemann, executive director of Leadership California in the email.