Baseball: Matadors look to continue strong play on the road 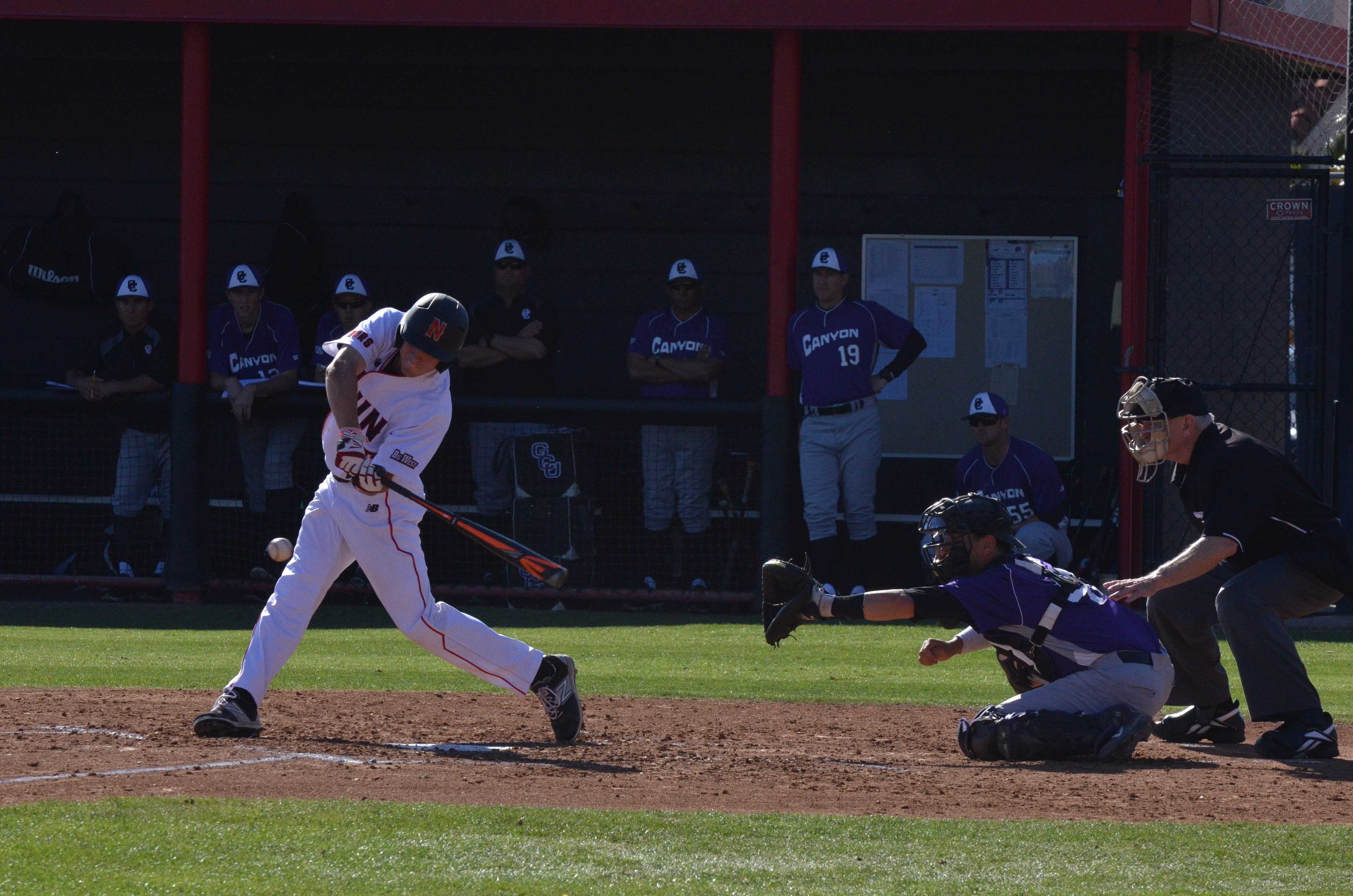 The CSUN baseball team looks to continue its winning ways, as they travel to St. Marys College for a four-game series at Louis Guisto Field.

Action kicks off Friday at 2 p.m. between the Matadors and the Gaels, and a doubleheader on Saturday gets started at 10 a.m. The second game will start 30 minutes after game one. Sunday’s series finale is set for a 1 p.m. first pitch.

CSUN enters the weekend with a 10-1 record which has put the ‘Dors atop of the Big West Conference entering the weekend. In their last three games, they have outscored their opponent by a total of 18 runs.

Thanks to the recent success of the offense, which has been on fire as of late and will look to continue that this weekend. Head Coach Greg Moore has been happy with their performance, but he believes they still have room for improvement.

“It’s a good group right now and they’re playing really hard, but we just need to put more quality at bats together throughout games,” said Moore who thinks the offense is doing a good job in terms of effort and working. “This groups knows what they want to do and they’re moving in the right direction.”

The starting pitching has been solid on the year as well and Coach Moore believes the staff still isn’t at the level to where they want to be yet.

“There is a part of their game that they haven’t hit yet and each guy has its own individual thing that he hasn’t touched,” said Moore who thinks the starters need to be more consistent and stay sharp everyday.

The St. Mary’s Gaels enter the weekend with a 5-3 record that puts them second in the West Coast Conference teams entering the weekend.

“They got a starter on Saturday who’s got a good arm and their Friday guy is very steady and he’s going to make you put them in play,” said Moore who admitted that they didn’t look at the scouting report too much.

“We just need to show up and play our game and do the best we can.”