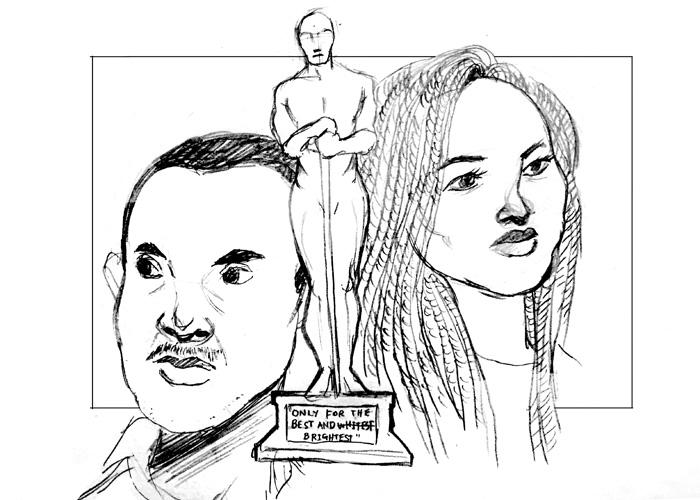 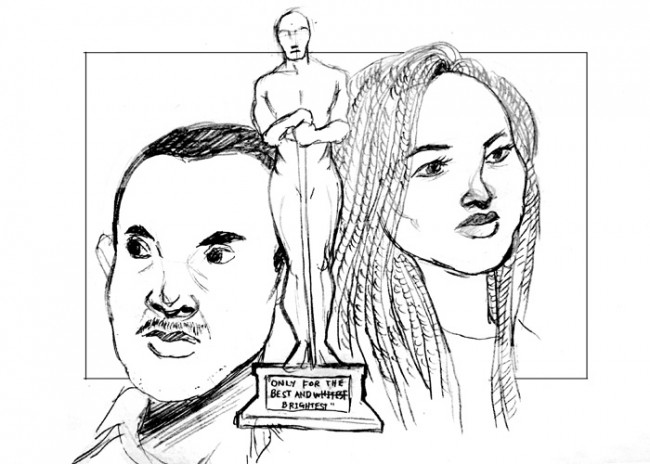 If you’ve checked any form of social media or turned on the television in the past few days, you probably heard Neil Patrick Harris “joke” at the start of this year’s Academy Awards and right after saw the trending hashtag— #OscarsSoWhite.

Harris said that this year the Academy was celebrating the “whitest” stars of the moment, then quickly “corrected” himself to say “brightest.”

Needless to say, it was a necessary jab at filmmakers, regarding the current debate on the representation of gender and race in film industry.

The fact is, the representation is there, we just may not be seeing it directly. For example, The Academy of Motion Picture Arts & Sciences (the people who put on the Oscars) have an incredible African American female as their president. Her name is Cheryl Boone Isaacs. Isaacs addressed the attendees of the awards in all her glory, and she served as an example of how strong and educated people of color are and do make their way to the top.

But let’s discuss the pitfalls of how the issue of gender and race were somehow just pushed to the side in the industry this past year:

The groundbreaking film “Selma”—about Martin Luther King Jr.’s march from Selma, AL to Montgomery, AL demanding voting rights for African Americans was directed by an African-American female, Ava Duvernay. Duvernay was nominated at the Golden Globes for her work directing”Selma,” but was not recognized at the Oscars. Essentially she was recognized because the film itself was nominated for Best Picture, but she was snubbed, as they say.

Musicians John Legend, and Common, on the other hand, won in the Best Original Song category for their song “Glory,” which was written especially for Duvernay’s “Selma.” Here we have an example of how African-Americans were recognized for excellence and raising awareness to an issue that has been going on for ages—surrounding civil rights, but let’s face it, John Legend and Common are both males. They may be of color and have created a piece of music as a form of resistance, but again, it brings me back to the question as to why Duvernay herself was not noticed by the Academy.

Nearly every single category at the Oscars and throughout the awards season was dominated by white people. The Washington Post stated that there was “an all-white slate of 20 stars competing for acting awards.” This goes to show that the industry is not casting enough ethnic people to act in their films, but it doesn’t even start there. The stories are not being written in a progressive way. The inclusion of ethnic people and those of other genders, whether it be female or trans to name a few, simply starts when the pen hits the paper.

No, change does not happen overnight, but in contrast to the film industry— the television industry has actually seen a lot of new story ideas containing ethnic characters whether it be from Asian, African-American, or Hispanic backgrounds. Change does not come without controversy, though.

These new shows, say, ABC’s “Fresh Off the Boat” or “Black-ish” reinforce stereotypes quite easily.

I feel the film industry can do something different and create films with representation from all over the map in a non-stereotypical way, that shows promise. It will take time, but it is possible.

Between Patricia Arquette’s Oscar acceptance speech, demanding “equal pay for women” and screenwriter Graham Moore’s speech saying, “you don’t have to be gay to have a gay hero,” you see that representation of LGBTQ, women, and ethnic people within the film industry is there. We just need to recognize them more.

We cannot sit back and think that nobody cares about it; there is plenty of high-level talk about it within the celebrity world and beyond, but how can we be the pioneers?

The next time you come across this issue, I challenge you to comment and make your stance.