The battle between light and dark beer 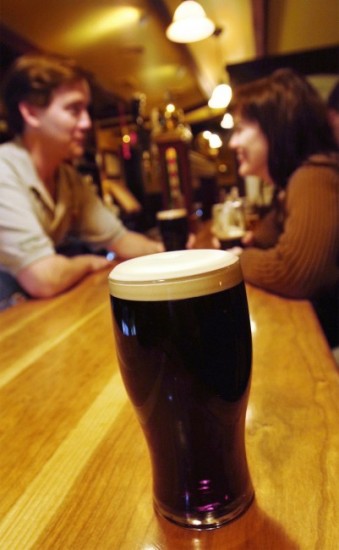 Beer, a beverage that could be traced as far back as Mesopotamia. It’s an intricate and complex beverage that has many varieties. If I had to break beer into two major groups, it would be dark beer and light beer.

Light beers are classified by many factors, but two of the qualities that are referred to most are the alcohol content and calories. A light beer has less alcohol per volume and calories than a dark beer.

Two other qualities you should look for to distinguish between the two groups of beer are the flavor and color of the beer. With a light beer, the color and flavor is lighter. Also, light beers are usually more refreshing and less filling.

When it comes to dark beer, it has a much fuller flavor. There’s also a higher alcohol content and more calories as well. Dark beers are much more filling than its lighter counterpart. The aroma of the beer will also tell you a lot about it. Light beers have more of a crisp, light smell, while dark beers are more pungent.

Different people like different things. The same applies to beer. Not everyone could enjoy a nice smoked porter, or a double black rye IPA. For people who prefer a strong brew, a light lager would never cut it.

Light beer drinkers are a rather large group while, in my opinion, the community of dark beer drinkers is small in comparison. The reason for this is the drinkability of beers. Light beers are very easy to drink and can be quite thirst-quenching, while dark beers are heavy and leave a strong, lingering aftertaste.

The people who drink dark beer are usually the beer enthusiasts. The reason for this is because dark beers are much more complex and a lot more ingredients go into them. Dark beers are meant to be sipped and savored.

Light beer drinkers usually drink while doing other things, so they don’t want to have to focus on their beer. They just want to drink it. Light beers are there so you can have a good time. They aren’t really meant to be dissected.

Dark beer fills and warms you up, so they’re best during the colder seasons of the year. After a meal, it is often a good time to drink a dark beer, especially if you’re having dessert.

I’m not telling you what beer to drink. These are simply suggestions. If I’m being completely honest, I would drink dark beer year-round, and at every occasion. It really comes down to a matter of taste.

For people who are interested in trying some great light and dark beers, I have some recommendations. My suggestions for some good light beers are Samuel Adams Light, Heineken, Corona, Sierra Nevada’s Summerfest, and Oskar Blues’ Mama’s Lil Yella Pills.