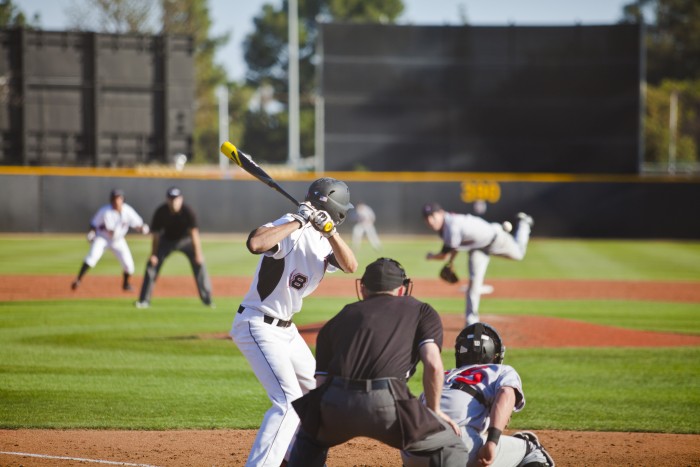 A five run top of the fifth inning proved to be the difference as the Matadors defeated the St. Mary Gaels 7-4 on Sunday afternoon at Louis Gusto Field, earning the series split.

The CSUN offense got off to an early 2-0 lead in the top of the first inning, thanks to an RBI fielders choice by shortstop Yusuke Akitoshi and an RBI sac fly by catcher Dylan Alexander.

At the top of the fifth inning, the Matadors offense exploded for four hits and five runs.

Akitoshi led off the fifth with an RBI single, which gave the Matadors a 3-2 lead.

The offense wouldn’t stop there, as second baseman William Colantono recorded an RBI walk and then left fielder Elias Orona hit a two-run single to left field to score Akitoshi and third baseman Nick Blaser on the play.

Right fielder Chester Pak then capped off the inning with another single through the left side of the infield to bring home Colantono from second base to put the Matadors ahead 7-2.

The five run cushion was more than enough support for the CSUN bullpen.

CSUN closer Conner O’Neil recorded the final three outs of the game to earn his third save of the season.

The Matadors will continue their road trip on Tuesday night against the UCLA Bruins at Jackie Robinson Stadium. First pitch is slated for 6 p.m.