AS causing change one referral at a time 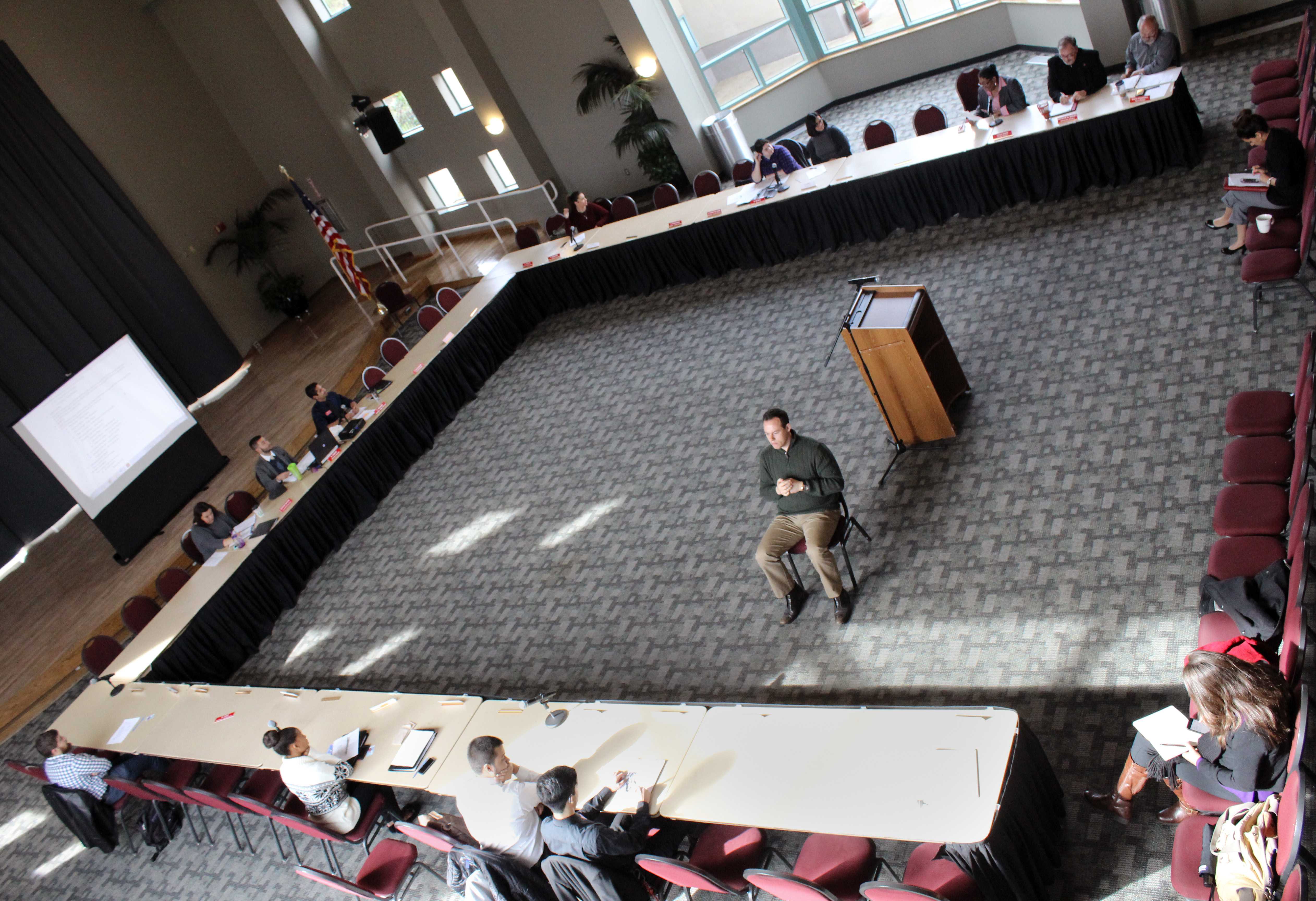 Associated Students has drafted 23 legislative referrals this semester, hoping their approval will cause a change within the school.

A legislative referral is written by constituents in school, either senators or students, who are seeking to change or add certain events, rules or policies on campus. Out of the 23 referrals drafted, 19 have made it to senate.

A few of the referrals discussed about this semester include the 100th Anniversary of the Armenian Genocide, AS Supporting a Smoke Free Campus, Emergency Light Pole Accessibility, the establishment of condom dispensers on campus, and much more. A full list of referrals can be seen on the AS meeting minutes.

From June to November 2014, 47 referrals have been submitted into senate.

Depending on the topic of the referral, it can be distributed into three different committees: University Affairs, Internal Affairs and External Affairs. For example, the referral of “Survey Questions for Spring Ballot” written by Senator Talin Yahiayan was sent to University Affairs because the approval would come from the university. Once it has reached one of these committees, the committee members can write a resolution supporting or disapproving it.

After the committee has approved it, it then goes to senate for discussion and approval.

“Majority of these referrals aren’t so budget heavy,” said Senator Orion Block. “If a referral goes to University Affairs then AS must communicate with outside committees in the school to get the motion approved. This can often end up causing a finical issue since it is outside of AS’s control.”

At the recent AS meeting, Block proposed four new referrals to senate: Orange Hosting event, Save the Turtle and Duck Pond, Herbicide and Pesticide control, and the installation of solar panels. The Orange Hosting event would allow student government to host and attend an orange-picking event in CSUN’s Orange Grove to collect oranges to be distributed to students and local food banks.

Block drafted the referral to control pesticide usage on campus because she noticed that the workers spray the toxic chemicals near students, which causes a health concern. She hopes this creates a more earth friendly campus. She also suggested that AS set up solar panels on all flat roofs in order to keep up with sustainability.

“Students can come to meetings and say their peace on issues and voice their opinion,” said Block.

If a referral doesn’t pass through the university and if it is in high demand from students and senate then students can petition, protest, or even make a sit-in to grab the university’s attention and emphasize how important that referral is.

Senator Block noted that often times a referral can die if it has not received immediate attention by a committee or if there isn’t adequate information found to support its approval. If a referral hasn’t been reviewed within the semester then it must be resubmitted next semester.

Earlier this semester Senator Jeffrey Perez De Leon drafted a referral to create a Snapchat Geofilter for CSUN and AS. He believes that by having a geofilter it will raise school spirit.

Since majority of AS senators were absent at today’s meeting due to an out-of-town conference not much discussion or action was given to any of the referrals.

-The discussion of the current budget was given and ways senators can be careful when allocating funds for clubs.

– Gregory Thompson from the CSUN Ice Hockey team asked AS for help with funding and recruiting members. He told AS how the team spent around a thousand dollars to make a new locker room for the team in hopes of increasing their team’s enrollment.

-Briefly mentioned next week’s financial recommendations and ways board can support clubs without fully allocating money. The senators were asked to act as a sponsor and supporter for clubs and help them find ways to fundraise.

-They discussed, but took no action, on whether to approve the constitution of the CSUN Chemistry and Biochemistry Club.