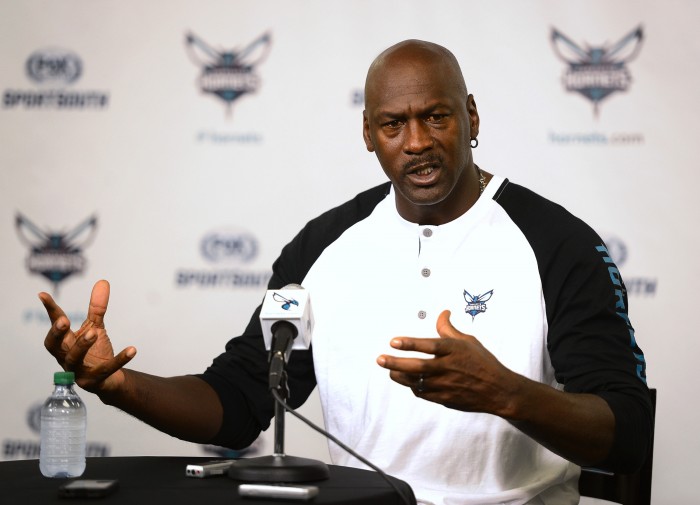 Michael Jordan was named on Forbes Billionaire List Monday, furthering his legacy as one of the most important athletes of all time. Photo courtesy of TNS

Defy gravity. Check. Star in the highest grossing basketball film of all time. Check. Retire from the NBA to come back and win three more championships. Check. Be the first professional athlete to make the Forbes’ World’s Billionaires List. Check.

This year’s edition of Forbes Billionaire List has a record-breaking 290 newcomers, and Michael Jordan has become the first billionaire of his kind. His estimated net worth of $1 billion lands him at 1741st on the list.

The 2015 list released Monday reveals the six-time NBA Champion included in a list of an elite group of individuals with the likes of Microsoft creator Bill Gates and Facebook owner Mark Zuckerberg.

Jordan played his last basketball game in 2003, but his income hasn’t taken a hit. With money coming from several outlets, whether it’s his Nike shoe deal which earned him more than $100 million in 2013 or his $416 million Charlotte Hornets ownership stake, Jordan continues to generate revenue post retirement.

Jordan is one of the most recognizable and successful athletes in sports, some of that can be credited to his athletic success. The rest can be credited to product endorsement. Hanes, Wheaties, Gatorade and McDonalds are just a few of the businesses that have gotten a piece of MJ.

More and more professional athletes, especially in the NBA, are taking the opportunity to brand themselves as Jordan did during his professional career to present day.

In 1996, a 17 year old Kobe Bryant signed a six- year $48 million Adidas shoe deal before his professional debut. That was just the beginning of Bryant becoming a household name. His deals with Nike, Lenovo, Panini, Turkish Air and Hublot brings in a little under $30 million annually according to Forbes’ The Most Powerful Celebrities List.

Surpassing all active American athletes in off the court endorsements is Lebron James, who, just like Bryant, signed a lucrative basketball shoe deal well before he showed the NBA what he was made of back in 2003. James has been a spokesperson for Samsung Galaxy since 2012 and annually brings in $10 million from his Nike deal alone.

His production company, Springhill Productions, was responsible for NBA’s All-Star Weekend’s first fashion show which took place on Saturday right before the usual events this year.

Lebron’s business ventures earn him almost $50 million a year, making him one of the most well paid brands.

Players like Bryant and James have a ways to go before they reach Jordan’s status when it comes to financial success and needless to say their basketball career. However, the idea of the “dumb-athlete” is changing as these now business men realize that they should be prepared for life after basketball.