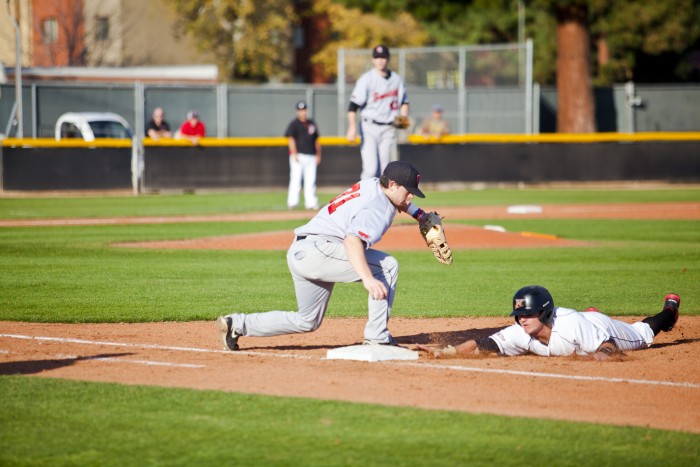 When the CSUN Matadors played UCLA two weeks ago, it took two late home runs by the Bruins to ignite a 7-3 victory over the Dors.

But this time around, it was two early home runs that gave the Bruins the offense it needed to complete the series sweep over the Matadors, as UCLA earned a 5-1 win on Tuesday night at Jackie Robinson Stadium.

CSUN was able to jump out to an early 1-0 lead in the top of the first inning after short stop Yusuke Akitoshi hit an RBI triple to score center fielder Justin Toerner from second base.

This was the fifth time in six games that the Matadors were able to score in its half of the first inning.

Akitoshi and Toerner combined for three hits in the game and extended their hitting streaks to nine and seven.

Pitcher Conner O’Neil received his first loss of the season, as he threw 3.1 innings of work, gave up two earned runs while striking out three.

Relief pitchers Andrew Weston and Joey Delgie were the two bright spots out of the bullpen after pitching five innings while only allowing four hits and one earned run. Weston threw 3.1 scoreless innings and allowed one hit.

The CSUN offense struck out a season-high 13 times and were held to only four hits, as the UCLA pitching proved to be the difference in the game.

Matadors did have two runners on with two outs in the top of the ninth, but were unable to capitalize. Catcher Nick Murphy grounded out to end the game.

CSUN will have a week off and will conclude its six-game road trip at Cal State Bakersfield on March 10 at Hardt Field. First pitch is at 6 p.m.