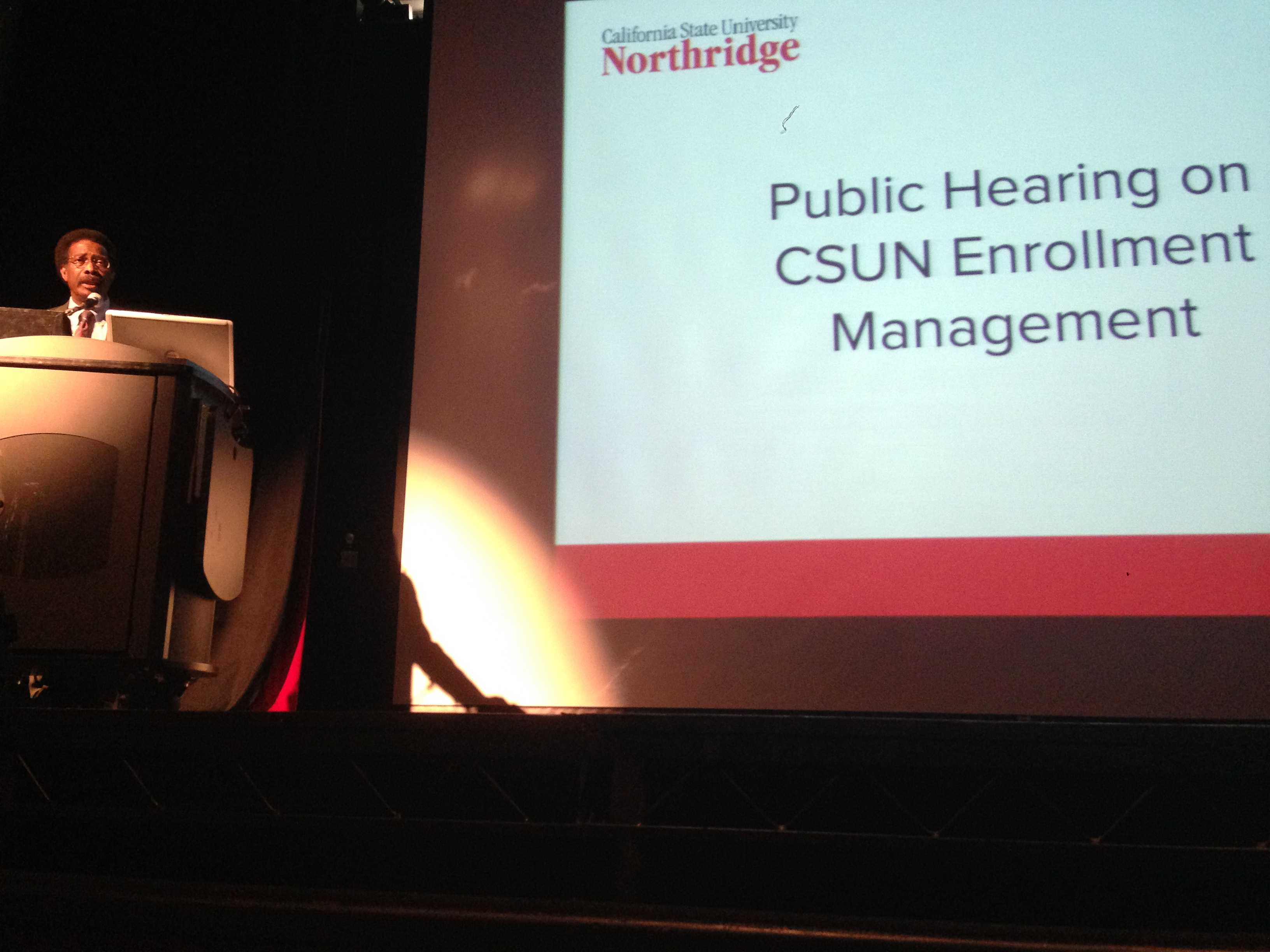 Vice President of Academic Affairs Willaim Watkins and President Dianne Harrison hosted the first in a series of community hearings about CSUN’s impaction plan on Thursday at Nordoff Hall.

The impaction plan, which places stricter admission requirements on prospective students, comes as CSUN has grown to 11 percent over the Chancellor’s office enrollment target number. The presidents says that the impaction plan will help ease some financial burden encountered from an over enrollment of students and inadequate funding from the state to support a student body of that size.

“[CSUN is] basically being forced to seek approval for an impaction plan that involves, potentially academic, freshman and transfer level impaction for our undergraduate programs beginning in the Fall of 2016,” said Harrison.

Watkins said that in the next several weeks CSUN administration will head to Sacramento to try and earn more state funding and possibly avoid impaction all together. Watkins said if CSUN could obtain three percent more in additional funding the school would not move forward with the current impaction plans.

Harrison said that if the plan for impaction was approved the school would “use it as judiciously as possible,” in hopes of trying to maintain as much access as they can and trying to keep the demographics to stay the same.

The next in the series of meetings on impaction will be held on March 9 at Glendale Community College from 6:00-7:00 p.m. The chancellor also encourages the public to leave comments about impaction at CSUN’s impaction website.