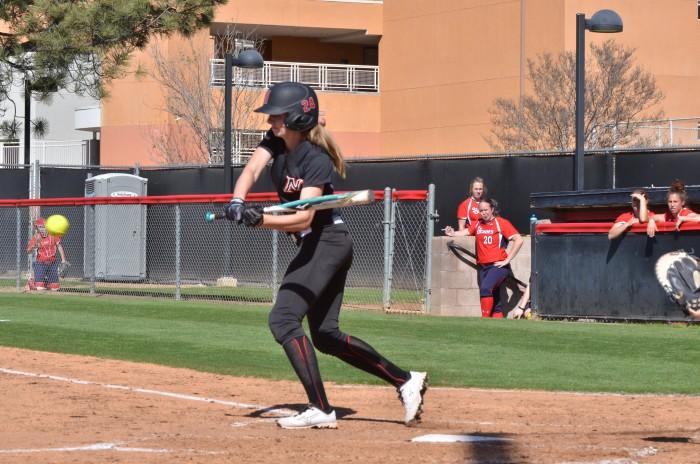 The first place Matadors, who held the lead for the majority of the ballgame, allowed five runs in the bottom of the seventh after posting a five run frame of their own in the previous half-inning.

Sophomore pitcher Zoe Conley started on the mound for the Matadors, tossing 6.1 innings, allowing 10 hits and five earned runs before being pulled for senior pitcher Brianna Elder for the remainder of the seventh.

Sophomore outfielder Taylor Nate drove in four RBI on two hits and a walk. Nate’s fellow outfielder, sophomore Taylor Glover, launched a first inning shot over the outfield fence for her third home run of the season. Glover finished the game with two hits, two runs, and a walk.

Sophomore second baseman Katie Hooper padded her lead in the Big West statistical leader boards with a RBI and a hit of her own. The second year player’s eight home runs, 26 RBI and .426 batting averages leads the Big West in all triple crown categories.

The seventh inning Husky rally resulted in the Matador’s fourth one run loss of the season. The Matadors will return to the Husky Softball Stadium for a pair of games on Saturday. Northridge will take on the Seattle University Redhawks (7-15) before playing the Ohio State Buckeyes (12-5).