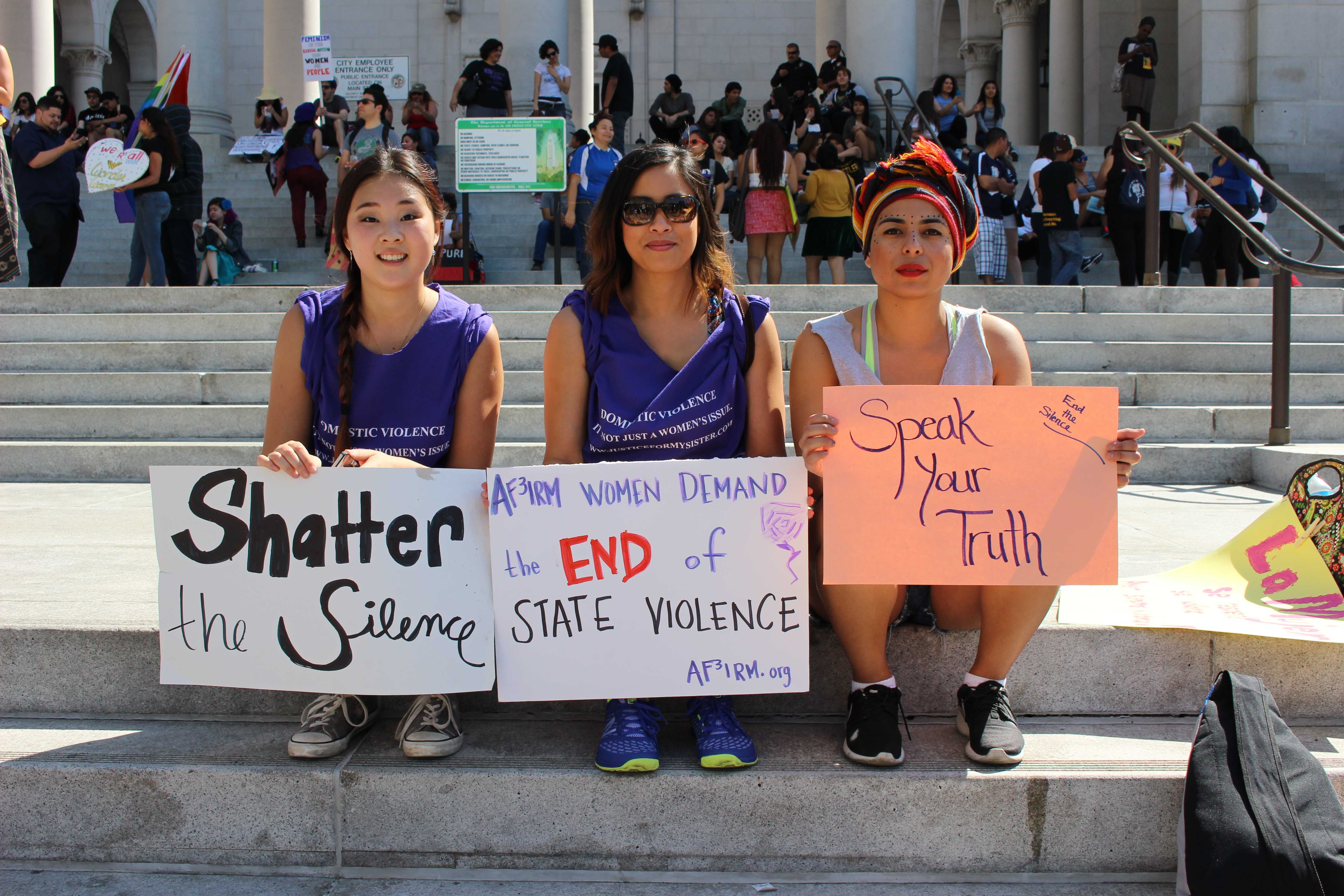 International Women’s Day, celebrated on March 8, aimed to uplift women from all walks of life. The theme for 2015 was “Make it Happen” and that is exactly what the marchers gathered outside City Hall were doing.

Men and women, holding brightly colored signs, marched for women’s rights. Many of them chanting “We are the women, the mighty mighty women!” Some were even draped from head to toe with life-size posters dawning slogans like, “Stop the war on women”.

International Women’s day takes place March 8th globally. The day, officially branded in 1911, supports the efforts women have made whether it be economically, politically or socially. But this is not just a day for women. It is a day for anyone who identifies as a woman or just wants to support the rights that are often overlooked to minority sexes. This is recognized as a holiday in countries like China and Vietnam.

Everyone at the downtown Los Angeles march was there to support a woman in their lives. Some people like activist Lora McManus in the “Justice for My Sister Collective” were there to shed light on domestic violence overseas.

Others were there to march for issues right here at home, like equal pay. High school English teacher Charles Bryan wants to see a change when it comes pay in the workplace.

There were even teens out there showing their passion for human rights and activism at an early age. Emily Sanchez, 17, cheered along with the rest of the crowd and was visibility elated to be at the march.

“I’m the daughter of a queer immigrant,” said Fernandez. “I’m here to support everyone to fight against transphobia, homophobia, patriarchy and all other sorts of oppression.”

After a few guest speaks riled up the crowd some more. They were ready to march down the streets of downtown. The crown of hundreds left shouting “We are women we will resist we will defeat the imperialists!” So they marched off to complete another successful International Women’s day.