The art of creating craft beer 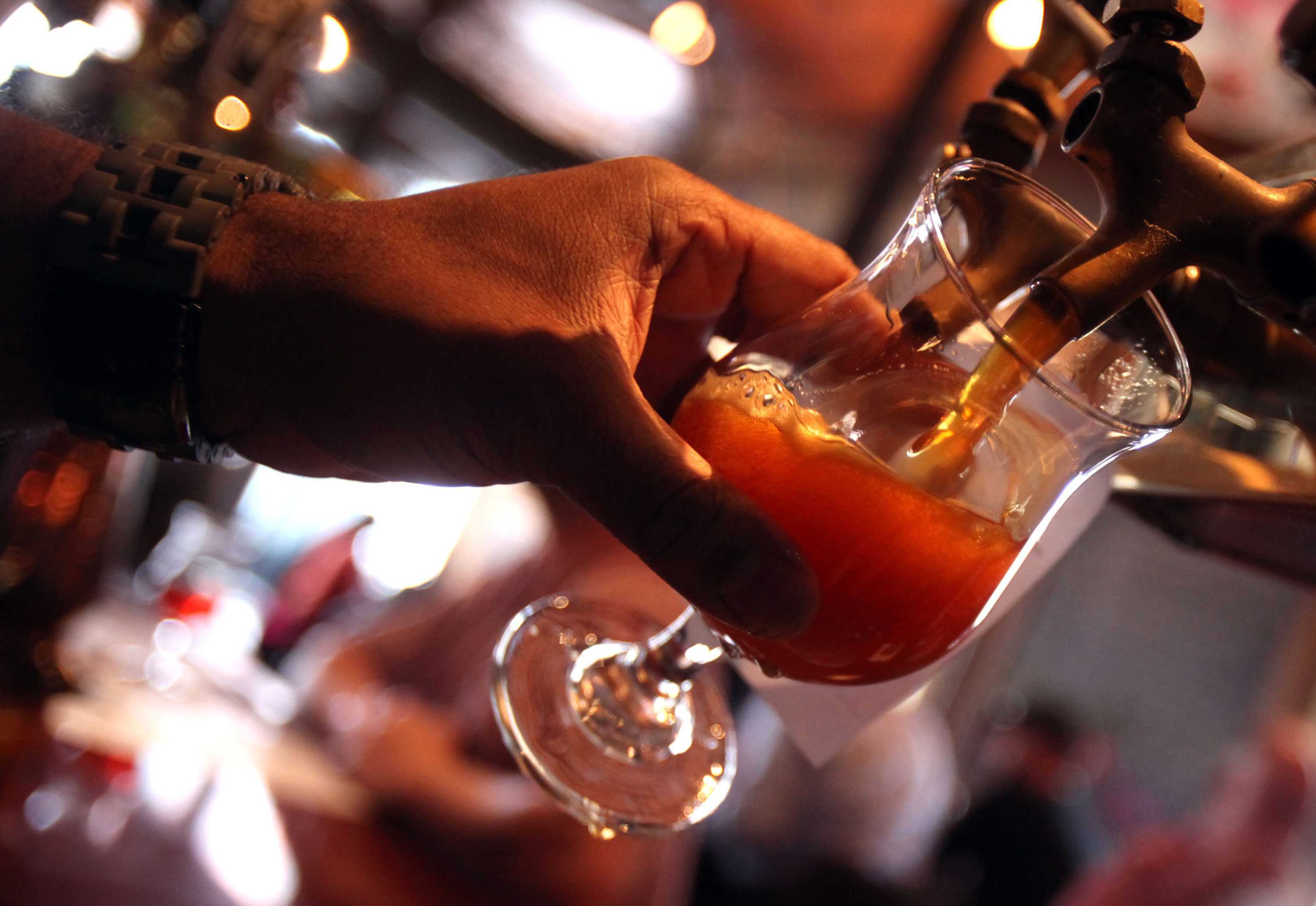 It has been a long time since people were swept up in the ideals of Ford-ism. Mass production is not appealing anymore.

People want quality products. They want something made with care.

This is why craft products are so big right now.

Craft, by definition, is something that is made by hand and with expertIse. It means that the creator of the product is well versed in the processes. The ingredients are high quality and organic, and usually local.

The word craft gets people’s attention. People want to consume something that is created, not produced. People want to be able to taste the love and care that put into the product.

Beer has to meet some specifications before it is considered “craft.” To do so, the brewery must be traditional, independent and small.

When I say traditional, it means the beer has four ingredients: water, malt, hops and yeast. This means no FMBs (flavored malt beverages). Most mass produced beers contain FMBs, because it is cheaper to make.

The small specification has to do with how many barrels the brewer makes. The brewery must make less than six million barrels annually.

The brewery also has to be independent, which means they can’t be associated with any major corporate beverage companies. When a craft brewery makes a beer, they make sure to take their time and do it right. You can taste the effort they put into it.

Craft beer is usually much better for you than the mass produced beers, such as MillerCoors and Anheuser-Busch. The big companies mass produce their beer as fast and as cheap as they can make it. To do this, they use a lot of GMOs (genetically modified foods), dextrose and high fructose corn syrup. Newcastle Brown Ale has used toasted barley, which has been known to carry carcinogens.

Food being craft developed from crafted beer. When a restaurant has quality brew, that usually is enough to bring people inside. Some restaurants wanted their food to match their drink, so they start to make food made with local, high-quality ingredients.

When I lived in Fresno, I used to work at a brewpub. They had great local craft beer, which they made on site, but their food was a bit lacking. Most things came out of cans or freeze-dried packaging. Their “homemade” salsa was essentially marinara sauce, and their fish and chips were frozen.

The beer was great, and this is why people continued to come. They had won countless awards for their beers at the Great American Beer Festival, which is the place to be for craft brewers.

Around 40 – 50 percent of why someone goes to a restaurant is for the alcoholic beverages, said the Brewers Association. That’s why, at my previous job, they didn’t have to change the food up that much. The owner knew people would drink the beer and need something to soak it up.

Organic food, even though it is more expensive, has a lot of advantages. It has more nutrients, less toxins and tastes much better. Farmers’ markets are one of the best places to find organic produce.

A picture most millennials will see on their social media feed is of someone at a farmers’ market. That is, farmers’ markets are very “in” right now. People like to know where their food came from, and they also like to support local businesses.

There is a certain group most people really don’t like: the hipsters. To break the hipster phenomenon into subsets, there are foodies and beer snobs.

A foodie is someone who has a refined interest in food and drink. They aren’t eating out of hunger, but for the experience. These are the people who take a picture of every meal they eat.

Being a beer snob is only drinking quality craft beer. A beer snob would never drink a Miller 64 or a Coors Light. They look down on people who do.

There are a few reasons why this craft movement is happening.

Nowadays, there is a large emphasis on individuality. No one wants to live in a track home and go eat at Chili’s every Tuesday night for the Cajun Chicken Pasta with a Bud Light. People want to go and try new things, find a new small restaurant and try a new cuisine. They want to check out that local brewery that has a new beer every week.

Essentially, we want to break away from this Ford-ism, cookie-cutter world and explore. There are too many flavors and aromas in this world; it would be crazy to spend money on fast food.

People enjoy quality. Fast food is out, and slow food is in. When people go to eat or go to get a drink, they are not just going for the alcohol or the food, but for the atmosphere and ambiance.

Like I said before, people want something that is created, not produced.

The craft movement is a fad, it will come and go, just like all the others. Nowadays, people are so worried about being cool, they don’t know what they like anymore. Local, organic and grass-fed are things that people are supposedly worried about, but their only real worry is staying current.