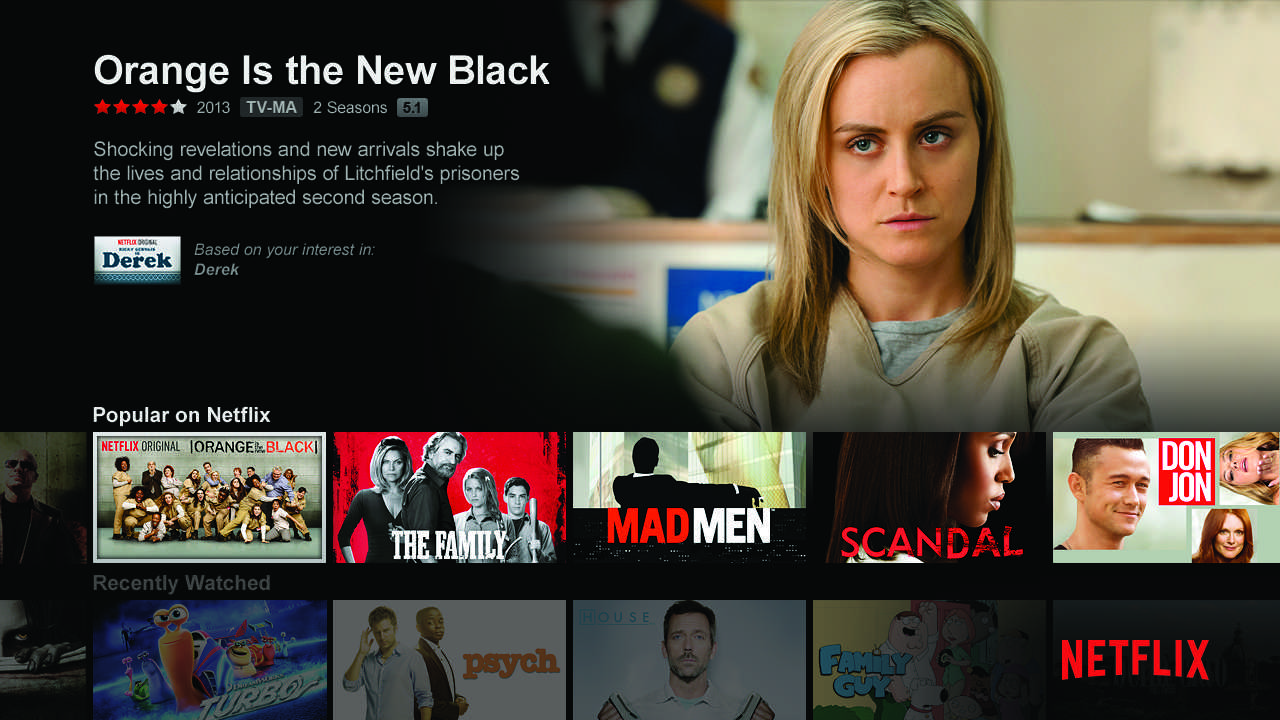 Netflix may have taken away precious movies like “Robin Hood Men In Tights” and “Pretty In Pink” from us, but they’re apologizing by giving the world something new to love this month with their well-rounded list of things to watch.

Put down the remote and cancel these shows off your DVR to let the March madness begin. Netflix has lined up several of TV’s latest seasons. “Mad Men,””Archer,” “Glee,” “Turn,””Bloodline” and “Garfunkel and Oats.”

All these popular shows will be something to catch up or get started on before some of the new season’s air in April.

If you’re not one for commitment to a TV series, then a quick two-hour film or documentary might do the job.

With movies like ex 007 agent Pierce Brosnan in the 2014 action film “The November Man,” or the legendary Robin Williams in “Patch Adams,” it may be a bit difficult to ever leave your seat.

Need more Robin Williams, and maybe some Mila Kunis in the mix, then “The Angriest Man In Brooklyn” may be what you need. The 2014 film circle around Williams’ character who learns he only has 90 minutes to live and tries to make peace with all the people he’s ever turned away.

For more of a family film, and if you simply just can’t get enough of Brosnan, then the 2002 film “Evelyn,” about a father’s love for his children may be the cure. Following in the family feels would be filmmaker David Sampliner’s documents of overcoming his insecurities of masculinity, when he learns he is going to have a son in “My Own Man.”

For more of an animated take on a Friday night family film fest, the popular “How to Train Your Dragon 2” might just be the movie for all the kids and even the adults to enjoy.

ESPN’s sports documentary on The American Hockey team’s journey through the 1980 Winter Olympics is for sports fans with “30 For 30: Of Miracles and Men.”

On the documented topic of the food industry and the corporations behind our food supply, “Food Chains” is a must watch.

A live-action take on the Life of the historic Cesar Chavez and his fight to earn a proper living wage for families and the affect on his family is played out in the 2014 biopic “Cesar Chavez.”

If you enjoy the unfortunate fatal outcomes of television, then “The ABCs of Death 2” may be your cup of tea. This film was put together by directors and producers who selected 26 different scenes, that begin with each letter of the alphabet.

From heart-warming films to Fey’s sense of humor, everyone should find something to love this March on Netflix.