Baseball: Matadors back in action after weekend off, shuts out Bakersfield 5-0 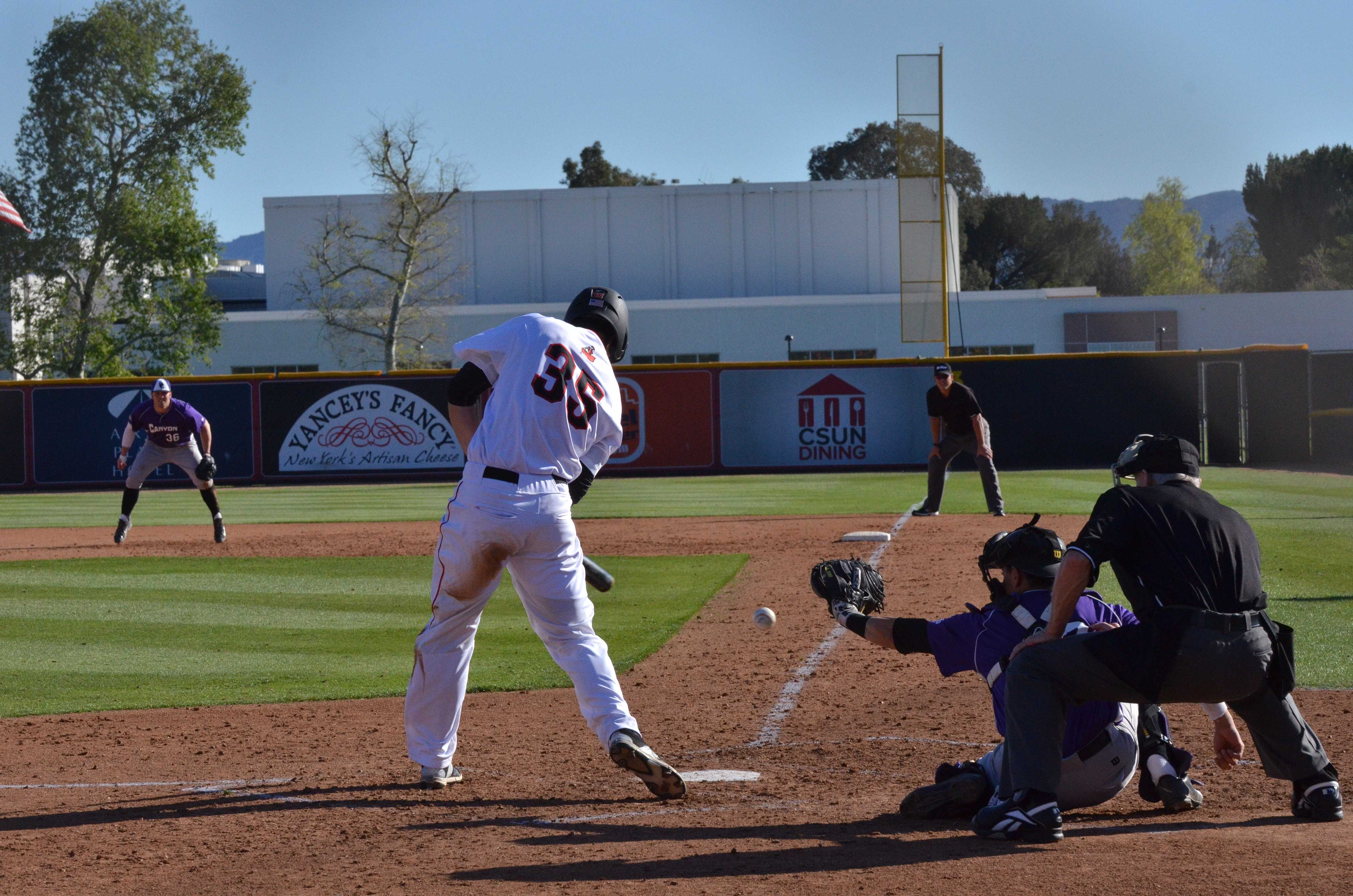 The CSUN Matadors used two runs in the seventh, ran three in the ninth and endured nine scoreless innings in a 5-0 victory over Bakersfield Tuesday night at Hardt Field.

After taking the loss in his last outing, junior right-hander Rayne Raven (3-1) returned to form, as he threw six innings of shutout ball and struck out six batters in the win.

Raven gave up two hits in the first two innings, but over the next four innings, he didn’t allow another hit.

Sophomore pitcher Conner O’Neil received his fourth save of the season by throwing two scoreless innings. He is now just two saves shy of cracking the all-time CSUN top 10 list for saves.

Junior shortstop Yusuke Akitoshi extended his hitting streak to 10 games, as he went 2-for-4 with three RBIs.

The game was tied heading into the top of the seventh, until designated hitter Elias Orona scored on a wild pitch and then third baseman William Colantono hit an RBI single to right field scoring Nick Blaser.

The Matadors then added three huge insurance runs in the top of the ninth to break open the game, thanks to Akitoshi’s three-run triple scoring second baseman Ryan Raslowsky, right fielder Chester Pak and Colantono on the play.

CSUN Baseball will return home to begin a three-game series with George Washington beginning on Friday afternoon at Matador Field. First pitch between the Matadors and Colonials will be at 2 p.m.