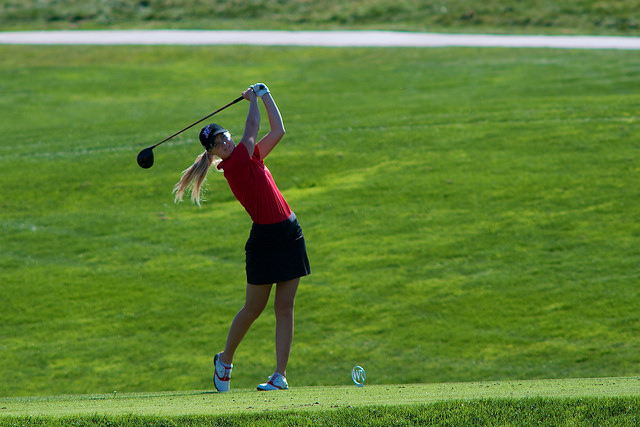 CSUN finished only three strokes from posting its fifth top-10 finish this season at tournament’s end with an overall score of 938 with scores of 307, 315, 316 in consecutive rounds.

No CSUN player finished in the Individual top-10.

CSUN Senior Elisabeth Haavardsholm missed her chance of posting her fourth top-20 finish this season by one-stroke. She finished tied for 21st with consecutive scores of 75, 76, and 75. She finished with a total score of 10-over 226.

Sophomore Rebecca Bostrom finished second amongst all Matadors and began the day tied in 24th place but finished 39th. She posted consecutive scores of 75, 75, and 82. She finished 17-over 233.

Oklahoma State (862) led from start to finish, dominating with a total 2-under-par and Texas A&M, who finished second place, had a score of 6-over.

Sophomore Marijosse Navarro of Texas A&M posted an overall individual score of 213, defeating a trio of Oklahoma State players who finished with scores of 214.

The Matadors play next Monday and Tuesday (March 16-17) in Sacramento for their final tournament of the regular season. The Sacramento State Invitational will be at the Sierra View Country Club.

The Big West tournament will be held from April 19-21.