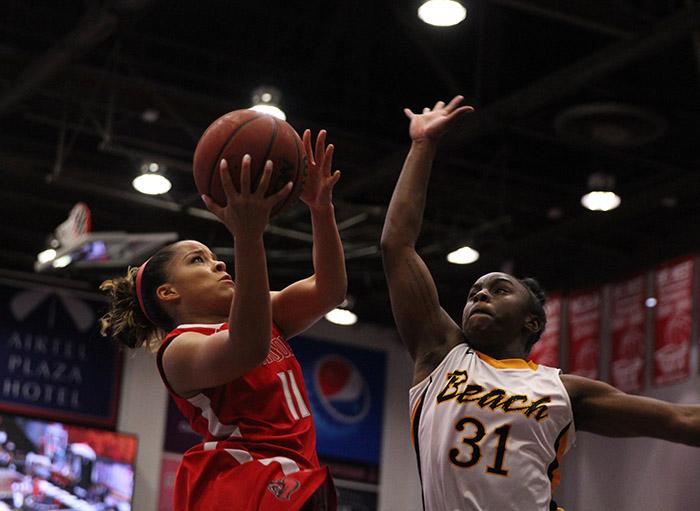 Senior Cinnamon Lister tries to let off a shot as moments before she was fouled by Long Beach's Chantel Dooley during the first half of the Matadors' game on March 5, 2015. (Trevor Stamp / Multimedia Editor)

The CSUN Matadors will echo a Big West Tournament semi-final setup seen last year when they faced off against the University of California, Davis Friday — a team that have not defeated in the regular season.

Last year, CSUN played their first semi-final game against the University of California, Irvine who took both regular season games from them.

They defeated the Irvine 78-60 March 14, 2014 and moved on to take the championship from California State Polytechnic University, San Luis Obispo.