The student and the student-athlete, is there that much of a difference? 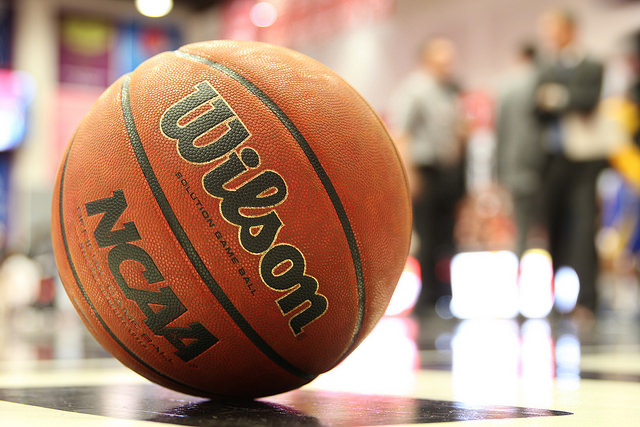 On the wall of the Matadome, CSUN’s athletics arena, are the images of multiple student-athletes, who thanks to their visibility and recognition on campus, may seem larger-than-life, or different, from a typical student at CSUN.

However, school officials believe that student-athletes at CSUN differ very little from students who do not compete in sports.

“They have to take classes,” Dr. Elizabeth Adams, Vice President of undergraduate studies, said, referring to student-athletes. “They have to do everything else that you would have to do in a class”

Adams, works diligently to help provide regular students, as well as student-athletes, with the resources and assistance they need to succeed in the classroom.

The school is very assiduous in monitoring the academic help that student-athletes receive, in the form of the Matador Achievement Center (MAC). Although the MAC is specialized for student-athletes, Adams asserts that the same type of help is available to regular students.

But what really separates the Matador Achievement Center from other learning centers other than it is directed to student-athletes, is the ratio between staff and tutors to students.

“It is true that we have a higher ratio of staff and tutors per athlete than for everybody else,” Adams said. “But it’s against NCAA rules and CSUN rules to provide special services for athletes that students don’t get.”

As Adams mentioned, it is imperative for CSUN to comply by NCAA and university policy, which is why the school goes through extensive lengths to make sure they do right by the NCAA, institution and the student-athletes.

“We have a whole compliance office, and they train all of my staff,” Adams said. “They train all the tutors, all the mentors to make sure they know the rules—both CSUN rules and NCAA rules—to make sure nothing’s done improperly.”

The staff is made known of these NCAA and university regulations through NCAA-sponsored rules seminars, Big West conference seminars, and training within the university.

“I feel confident that our professionals are aware, and knowledgeable, and practice the NCAA regulations,” Dr. Tina Kiesler, CSUN’s Faculty Athletic Representative, said.

Despite the university’s confidence in its faculty and preventative measures, there is still a copious amount of rules and regulations that may be unknowingly violated. Consequently, the university regularly checks and examines situations pertaining to student-athletes to make sure there is no wrongdoing.

“There are a lot of NCAA rules,” Kiesler said, referencing the compliance office’s involvement. “And some violations are more or less major than others, and we have discussions back and forth on whether there’s reports of violations, whether we need to report those if we have concerns.”

But when asked about the any possible academic improprieties within athletics, Adams declined to comment.

“I can’t talk about the basketball issue,” she said.

The “basketball issue” Adams is referring to is an investigation of the men’s basketball program that the university initiated in November, due to a possible violation of team rules and university policies.

“I’m not at liberty to talk about ongoing investigations,” Adams said.

As of March 4, the university hasn’t publicly addressed the investigation since November.

Regardless of the investigation and what it may mean for the men’s basketball program moving forward, Adams believes that CSUN has done right by their student-athletes, regular students and the university as a whole.

“CSUN has been an institution that has really committed to academic integrity for a long time,” Adams said. “And that’s part of our athletics culture as well”

In spite of the black cloud that hangs over the basketball program, university officials assert that there is nothing but fairness in the realm of academics and athletics.

“I know the perception is out there, but we can’t give them [student-athletes] special treatment.”

Furthermore, the notion that the quality of help or education in the Matador Achievement Center is any better is a fallacy, according to Adams.

“There’s nothing that happens in the MAC that another student doesn’t get or couldn’t get,” Adams said.

“I don’t think that the Matador Achievement Center provides extra help,” Kiesler said. “Actually, and a lot of our student athletes use our services available at the other departments on campus.”

Another reason for CSUN’s inclination to provide athletes with more personal help is because of student-athletes’ complicated schedules.

“Because they’ve got to balance so much, travelling, playing, going to class, it’s important that we provide really specific tutoring to them, so it functions a little differently than the LRC,” said Adams.

Simply put, the traditional tutoring offices are not open when student-athletes are available.

“Often, but not always, those offices are closed at times when the student athletes can take advantage of them,” Kiesler said of more traditional and open tutoring centers across campus

Although institutions like the Matador Achievement Center may make it seem like the university goes the extra mile to help student-athletes, Adams and Kielser vehemently believe that all students are on an equal playing ground.

“This is not a school that treats athletes differently,” Adams said. “Other than they have to go to games.”