Early retirement becoming a norm in the National Football League 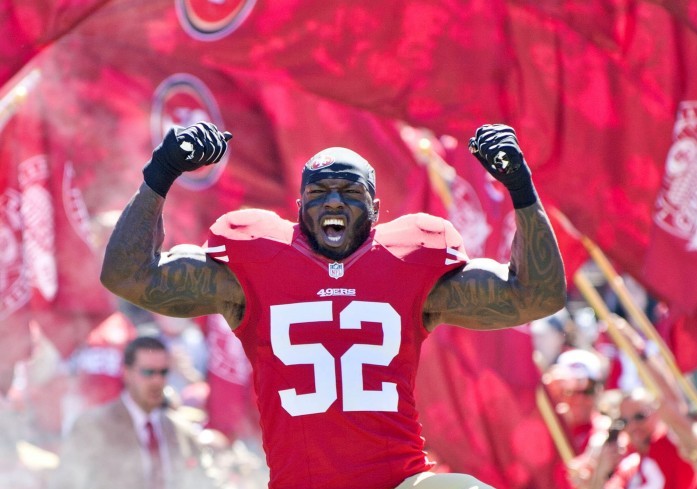 NFL Free Agency began March 10 but a few notable players made headlines by electing to not sign their next big contract. Among other notable names, Pro-Bowl line backer Patrick Willis retired at age 30, making retiring in ones prime a new trend that gives the power back to the players.

Why would anyone walk away from the game with the potential to earn thousands or millions more on their next contract? Or in Willis’ case why walk away from an already signed contract and a chance to compete for a Superbowl? Willis leaves a role as the 49ers’ primary defensive signal caller to mentor and lead children.

Just last season, former Arizona Cardinals running back Rashard Mendenhall stunned a lot of people by leaving the game even though he was in his prime, citing the desire for a healthy mind and body late into his golden years.

When Hall-of-Fame Lions running back Barry Sanders, and Hall-of-Fame Cleveland Brown running back Jim Brown walked away prematurely, the world couldn’t even grasp the concept, but it seems players are finally catching on.

For a long time, the NFL’s unofficial acronym has been Not For Long, and it seems players are finally understanding that. Players are often reminded the average career is only 3-4 years but rarely are they satisfied ending their playing days before teams stop calling.

While veteran players like Frank Gore and Andre Johnson scoured the market looking for one last payday from a contender while Willis and others retired for physical and spiritual health.

Pittsburgh Steelers linebacker Jason Worilds, retired to the NFL in his prime with four seasons of prodcuctive play totaling 25 total sacks, which was believed to have potentially earned him about $8 million in guaranteed money next season. Worilds, 27, tied for the the team lead with 7.5 sacks last season but chose to walk away to work for his religion as a Jehovah’s Witness.

Meanwhile, former Washington Husky and 8th overall pick in the 2011 NFL draft Jake Locker leaves the league after four years and 30 games of struggling to achieve health, consistency and success, with his reasoning being that he, “lost the burning desire necessary to play the game for a living.”

Retirement before 30 is not an entirely new idea in the NFL. Usually players are forced into it once their bodies breakdown enough to betray them or their athleticism leaves them as shells of themselves. Troy Polamalu and Reggie Wayne are perfect examples of great players tossed away by their beloved franchises.

However, with so much public discussion about the long-term effects of football, football players are finally seeing beyond the dollar signs, rings and dreams. Willis and Worilds choosing other career paths proves high-profile players are finally preparing for life after football.

Former Pro-Bowlers Cortland Finnegan (31) and Maurice Jones-Drew (29) further supports this new way of thinking. Leaving the game able-bodied outweighed the prospect of a few hundred thousand dollars for another season with wear and tear and chance to make a NFL roster.

The NFL will always be a revolving talent pool as collegiate players continue to pursue NFL dreams. One only has to look at the NFL’s first-ever veteran combine where 100 NFL veterans will try their luck at catching one last look from an NFL team. Still, the fact that many players are leaving before their final curtain call is a new phenomenon that will continue to live on.

NFL teams are going to have to adjust to the trend of players selecting life over NFL dreams. No longer are rings and money going to be enough for a veteran to sacrifice their bodies or an even more priceless commodity, their time. Instead, maybe players will finally start managing their money smartly in preparation for their next venture after football.