Sweater Beats sweats off the beats at the Roxy 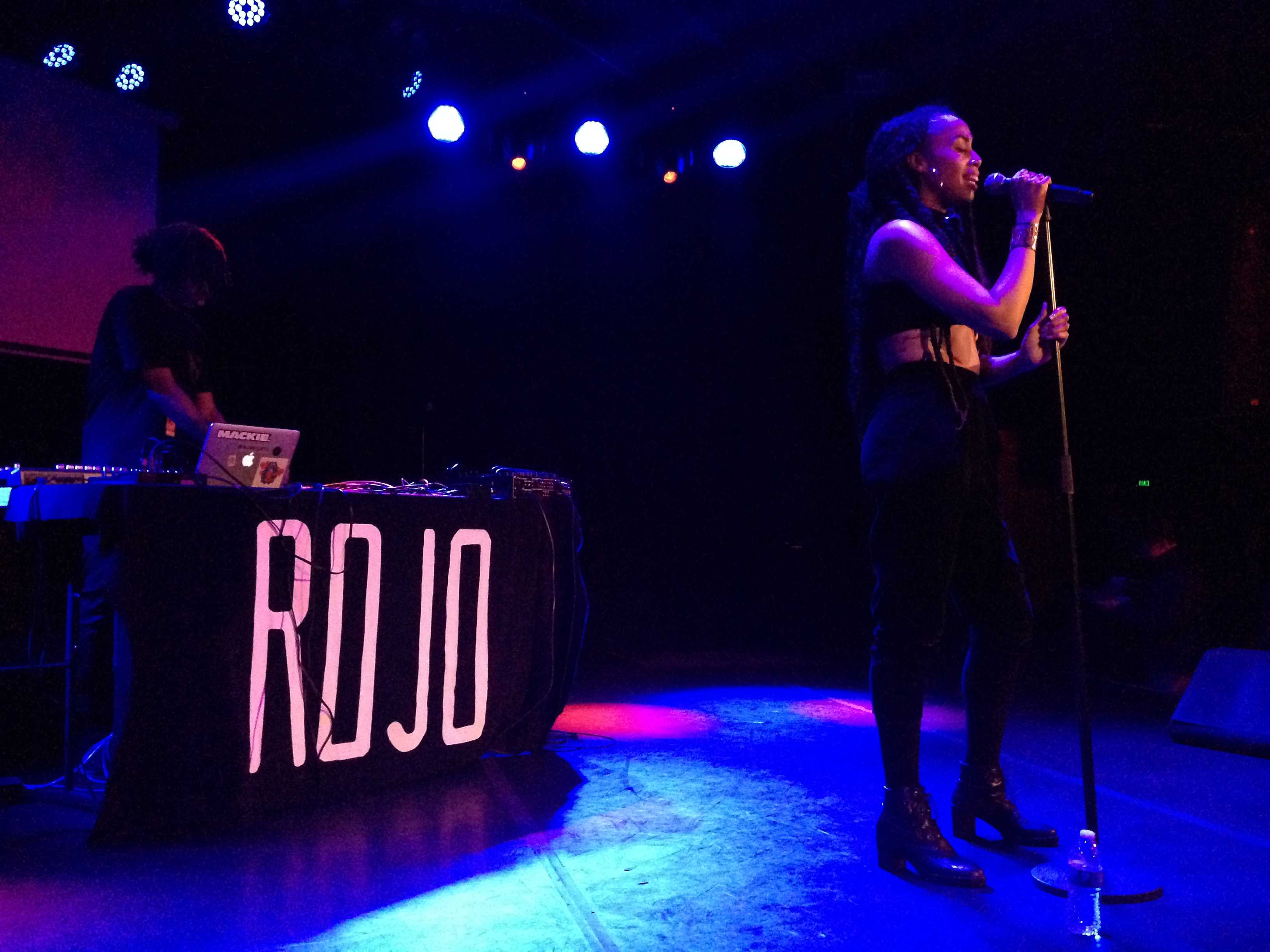 Rochelle Jordan opened up for Sweater Beats at the Roxy Saturday night as her eloquent and smooth R&B tunes pumped the crowd up for the main act. Photo credit: Vincent Nguyen

If there was any reason for an artist to move to Los Angeles aside from all the obvious ones, selling out a venue like the Roxy on Sunset Boulevard should definitely be the deciding factor.

That’s exactly what Brooklyn native Antonio Cuna, otherwise known as the rapidly growing artist Sweater Beats featured on Sundial’s Songs of the Week, should do after performing in front of a sold-out crowd in the famous L.A. venue Saturday night.

Sweater Beats, who previously opened up for electronic powerhouse Chet Faker at the Roxy late last May, absolutely rocked the Roxy with his booming, upbeat tracks off of his “Cloud City” EP.

“It feels cool now that I’m in the big green room with my own act,” Sweater Beats shared before going on-stage. “The vibe has been great. The crowd has been really receptive in all my shows.”

Rochelle Jordan (R O J O) opened up for Sweater Beats with a 40 minute set in an oppositional tone in comparison to the main act. but that’s not to say the Toronto-based artist wasn’t fit for the occasion. R O J O was absolutely phenomenal bringing an intense and dark R&B vibe to the stage. Her vindictive production and Destiny’s Child/Aaliyah-esque vocals seduced the crowd to step into her little world that seemed tragic and spiteful, yet somewhat okay to be around.

As the curtains rolled up for Sweater Beats to embark on a journey with his fans, it seemed fitting that R O J O opened up for the DJ. Sweater Beats built up his set, and once that drop hit, the crowd went buck-wild. Opening up with a remix of Beyonce’s “Party,” the artist swiftly transitions to Flume’s take on Disclosure’s “You & Me” following with Zedd’s “Stay the Night.”

Sweater Beats dropped some remixes of Big Sean and Kanye West tracks, but his best performance came when he played his original track, “Cloud City” and worked it into a remix of Flume and Chet Faker’s “Drop the Game.” The DJ capped off his set with a new track before bidding the crowd farewell.

“Everything is up in the air right now. I’ve spent a lot of time in the studio with vocalists and other producers,” Sweater Beats said. “I’m just collecting all these tunes and I’m just sitting on them until the right time to get that sound just right.”

The Roxy did the artists justice as well. Drinks and food are fairly priced for a typical L.A. bar, but it won’t really work for a college student on a tight budget. Ticket prices are usually $15 leaving money over for a shot, maybe two.

However, this event was all ages which didn’t factor in to the experience as much. Regardless of the age factor and prices, Sweater Beats blew everything away, his humble personality thanked those who came out.

“I just put music out and if people like it then I’m super grateful because that’s all I really want,” Sweater Beats said. “I put so much of myself in my music and if people appreciate it, that’s the greatest feeling in the world.”

Sweater Beats returns to Southern California March 13, performing at the Constellation Room in Santa Ana, with tickets still on sale. For now, the artist looks to continue his works-in-progress for his upcoming album releases.